Lagging delts is the term given to a part of the delt that is developmentally not in sync or in proportion with the other sides of the deltoid. Anatomically, it is known that the deltoid muscle, which is part of the shoulder complex, is divided into three parts – the anterior or the front head, the lateral or the middle head, and the posterior or the rear head.

Among the three deltoid heads, the rear deltoid is the most commonly lagging, as people usually train the front and the middle heads. The front head is also engaged during the barbell and the dumbbell presses while the middle head receives the most isolation during the shoulder workout. This leaves little room for rear deltoid development. In line with this, the following are some exercises for a lagging rear deltoid.

The dumbbell rear-delt raise is one of the best exercises for the rear deltoid. According to Muscle and Fitness, the exercises lets the person move his arms freely through a natural range of motion. In general, dumbbells provide a wider range of movement as compared to barbells, since the hands’ position is fixed in the latter.

A version of the exercise is the seated bent-over rear delt raise. As per Body Building, to perform the exercise the person grabs a dumbbell in each hand and sits on the end of the bench, with his legs together and the dumbbells behind his calves. Then, he bends at the waist while keeping his back straight. The person also ensures that his palms are facing each other for the starting position.

With his torso forward and stationary and the arms mildly bent at the elbows, he raises the dumbbells straight to the side until his arms become parallel to the floor. A good practice is to keep the torso from swinging nor bringing the arms back instead of the side. The person keeps the contracted position for a second, before lowering the dumbbells back to the starting position. The exercise is done for the planned number of repetitions.

Aside from the rear-delt dumbbell raise, a person can also do the high-pulley cable reverse flye for the rear deltoid development. According to Muscle and Fitness, the exercise provides a smooth and constant tension to the rear delts and ensuring that the pulleys are set above head height boosts the exercise’s effectiveness.

To perform the exercise, the person adjusts the pulleys to the correct height and then adjusts the weight, as per Body Building. It is noted that the pulleys should be above the head. After that, the left pulley is grabbed with the right hand the right pulley with the left hand. The person crosses both pulleys in front of him for the starting position. Once ready, the person starts the movement by moving his arms back and outward while keeping his arms straight as he does the motion. At the end of the movement, the person pauses before returning the pulley hands to the initial position.

Another exercise for lagging rear delts is the face pull. As per Body Building, it is a compound exercise that mainly targets the shoulders, along with the middle back. To perform the exercise, the person faces a high pulley with a rope or dual handles and adjusts the weight. Then, he pulls the weight directly towards his face, separating the hands and keeping the upper arms parallel to the ground.

Overall, the rear deltoid contribute to the overall roundness and size of the shoulder complex. Thus, it should be trained regularly, along with the front and the middle deltoid Moreover, total shoulder development is achieved through proper nutrition and adequate rest. 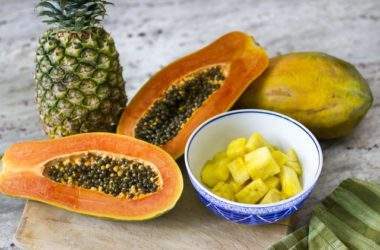 Papain is a type of enzyme that helps in breaking down those hard-to-digest protein fibers. Aside from being… 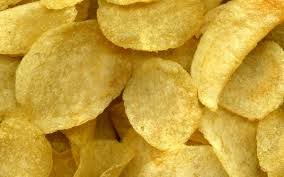 Pro-Inflammatory Foods You Should Quit Eating

There are so many health problems known to be caused by chronic inflammation. According to medical experts, some… 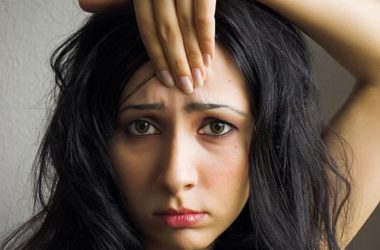 Natural Remedy to Rid of Wrinkles

Wrinkles are a natural part of aging. Unfortunately, when we age our skin loses its ability to make…