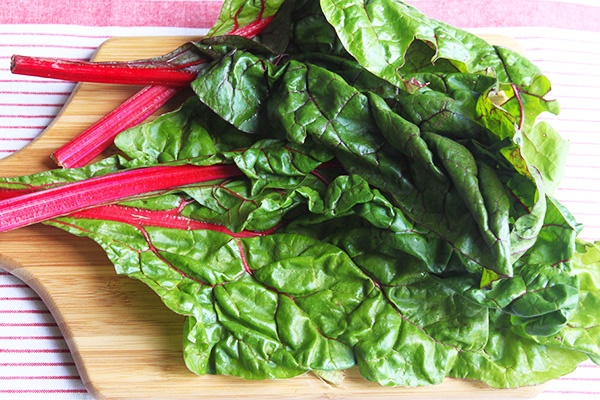 Common Reasons Why You’re Waking Up Too Early

Chard is one of the leafy green vegetables people know today. Also called leaf beet, spinach beet, seakable beet, and Swiss chard, it is associated with the sugar beet. Smaller leaves are usually eaten saw in salads while its stalks can be cooked separately. The following are the health benefits of chard, along with a sample recipe.

Being a vegetable, one health benefit of chard is fiber. Fiber is a substance that acts as a sweep to help the body eliminate harmful substances like toxins and free radicals, which can causes disorders like heart disease and cancer. Fiber also promotes digestion and metabolism, preventing digestive problems like constipation, hemorrhoids, and diverticulitis. Moreover, fiber reduces bad cholesterol levels in the bloodstream, preventing cardiovascular disorders like hypertension, coronary artery disease, heart attack, and stroke.

Another health benefit of eating chard is the prevention and management of diabetes mellitus, an endocrine disorder marked by prolonged increase in blood sugar levels. The disorder is characterized by frequent eating (polyphagia), frequent drinking (polydipsia), and frequent passing of urine (polyuria), along with weight change. According to Organic Facts, chard helps regulate blood sugar with syringic acid, which inhibits the activity of the enzyme alpha-glucosidase.

Eating chard also promotes the health of the bones. According to World’s Healthiest Foods, chard is rich in calcium, magnesium, and vitamin K, which all support bone health. As per the publication, chard contains ten percent, 38 percent, and 636 percent daily value of the aforementioned nutrients, respectively. The publication also emphasized the role of vitamin K in bone health, which is the prevention of excessive osteoclast activation; this way, bone breakdown is also prevented.

Another health benefit of consuming chard is blood pressure management. According to Medical News Today, chard has calcium, potassium, and magnesium, which all contribute to the reduction of a person’s blood pressure. As per the publication, these minerals decrease blood pressure by eliminating sodium in the system; this also helps dilate the arteries while reducing the fluid volume in the body. As per a 2013 trial published in the “British Journal of Clinical Pharmacology,” as cited by the US National Library of Medicine National Institute of Health, chard is high in nitrates, which reduce blood pressure, improve endothelial dysfunction, and prevent platelet aggregation.

One recipe that uses chard is Orecchiette with Sausage, Chard, and Parsnips. According to Martha Stewart, the ingredients include a bunch of Swiss char (tough stems and ribs removed, thinly sliced), half cup of grated Parmesan (two ounces), a pound of parsnips (peeled, cut into one-fourth-inch rounds and halved if large, a tablespoon of olive oil three-fourth pound orecchiette, salt, and pepper.

See also  Foods That Can Cause Constipation

To prepare, the pasta is cooked in a large pot of boiling salted water according to package instructions. Next, a cup of pasta water is reserved; then, the pasta is drained and returned to the pot. Once done, oil is heated over medium-high heat and sausage is added and cooked, breaking the meat with a wooden spoon for three minutes, until browned. Then, the sausage is transferred to the pot and the parsnips are added to the skillet and sautéed for five minutes until softened and browned. After that, the chard is added and cooked for two minutes until wilted. Once done, the mixture is transferred to the pot and tossed. Then, Parmesan cheese and enough pasta water are added to form a light sauce that coats the pasta. Finally, the dish is seasoned with salt and pepper and served with additional Parmesan.

Comments
Sourceicanhascook.com
Previous articleHabits That Can Damage Your Tendons
Next articleSigns You May be a Hypochondriac

4 Exercises You Can Do While Sweeping the Floor