We all know that including more servings of fresh fruits and vegetables in your everyday diet is vital for optimum health. It’s also something that you may do to look more eye-catching to the opposite sex, especially when paired with regular trips to the gym. But did you know that, according to science, the regular consumption of fruits and vegetables can make you attract more women because it makes you smell more irresistible to them?

Perhaps you have heard or read before that the consumption of certain fresh produce such as chili peppers and avocados is good for your sex life as they have aphrodisiac properties. Also, some men swear by the effectiveness of eating lots of pineapples in making their privates more enticing to the senses, as confirmed by their partners.

These things and more serve as proofs that adding fruits and vegetables to your diet on a regular basis is not only good for your overall health, but also your love life. And here’s something that can make healthy eating even more exciting: science says that men who eat plenty of fruits and vegetables tend to smell a lot better to women. Yup, say goodbye to those pricey colognes and say hello to affordable healthy foods.

It was in the Evolution of Human Behavior, which is an interdisciplinary journal, where a study suggesting that adding more fruits and vegetables in the diet can make males more appealing to females smell-wise. Focusing on reports and theories using evolutionary perspectives to shed light to human behavior, the said publication’s attention-grabbing study expanded the benefits of good eating habits beyond putting you in the pink of health.

The study consisted of a team of researchers led by a Macquarie University in Sydney psychologist, Dr. Ian Stephen. The investigators gathered sweat from 43 participating males. Also collected from the guys were some pertinent details on their diet, such as the amount of greens they consume on a regular basis.

After collecting the sweat samples, they were presented to 9 females also participating in the said study. And here’s what the researchers discovered: women who sniffed the sweat samples said that the ones boasting of sweet, floral smells were more attractive to them — all of which obtained from participating males whose diets consisted of higher amounts of fresh fruits and vegetables than everybody else.

So does this mean that you should ditch meat and go vegan just to smell terrific to the opposite sex? Not really. That’s because participating males whose diets included good amounts of protein sources such as meat, soy and eggs also yielded pleasing-smelling sweat samples, according to women who took a whiff of them.

Here’s what you have to take note of if you want to attract more women with your smell: limit your intake of carbs. No, it’s not just because loads of carbohydrates are known to ruin your waistline, but also make your perspiration smell terrible for women, according to the same Evolution of Human Behavior study. Yes, participating females who smelled sweat samples said that the worst-smelling of the bunch came from guys who stuffed their faces with carbs.

Experts believe that it all boils down to survival of the fittest — women are more attracted to men who add more fruits and vegetables in their diet and are thus healthier, allowing them to produce healthy offspring.

Aside from making your sweat more irresistible to the opposite sex’s nose, a diet that’s packed with fresh produce can also make your skin look more attractive, thanks to carotenoids which are plant-based pigments that can give your skin a slight yellow coloration, which is said to be more eye-catching to women, as suggested by the study.

Dietary and Lifestyle Recommendations for Angioedema

Hobbies That Help Reduce Stress, According to Science 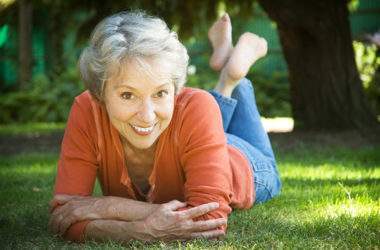 5 Strength Training Moves for Women Over 50 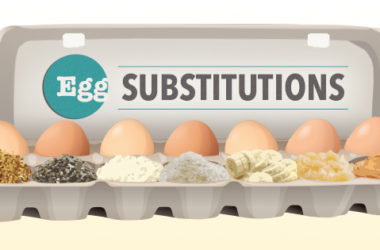 Can’t Have Eggs But You Want to Bake? Opt for These Egg Substitutes!

Aside from vegetarians, there are others who cannot have eggs: those with egg allergy. The immune system of… 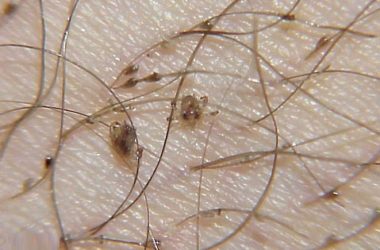 Pubic lice are tiny critters that tend to live on coarse human hair. This means that it can…