The thought of having parasitic worms residing in your gut alone is enough to make you squirm and come scampering for a treatment to drive them out. Well, there’s something more terrifying than that: having worms in your brain that no known drug can remove. As if that’s not scary enough, you may find yourself facing such sickening dilemma simply by eating something that you may already be consuming on a regular basis.

So what is this food that may cause worms to invade your brain and reside in it? It’s pork.

Although the worms being talked about are tapeworms that tend to live in the bowels of infected people, they are like no other tapeworms scientists have known all along. That’s because rather than simply nesting in the gut throughout their lives, these worms under the spotlight can invade various other parts of your body — the brain included!

It was back in 2013 when UK doctors first discovered these unique breeds of tapeworms. The strange capacity of these parasites to nest in the brain was observed in an infected man. That’s not all: the worm they discovered, in fact, had even moved from one side of the brain to the other.

The man, as it turned out, had just returned from a trip to China that time. In the said country, a parasite that’s really common is known as Spirometra erinaceieuropaei. Prior to the discovery of the tapeworm in his brain, the man had complained of headaches and various other symptoms 4 years earlier. After the treatment, he returned to the medical facility (Addenbrookes Hospital in Cambridge) complaining of a host of additional symptoms. It turned out that the then concealed worm in his brain had began to disturb other areas of the organ, causing weakness in the legs and even seizures.

Through additional diagnostic tests, doctors in Addenbrookes Hospital found out that the man was suffering from Sparganosis — a parasitic infection caused by a tapeworm belonging to the Spirometra class. It was believed that the man accidentally consumed contaminated water while he was in China.

The worm was removed immediately from the brain through surgical means. Needless to say, the doctors were baffled. If there’s one thing they’re sure of, that’s the kind of worm removed from the man’s brain had a very complex life cycle.

Going back to pork, experts say that the tapeworm you should be very scared of is the kind found in pork. That’s because it’s the only one of its kind that’s known to have the capacity to potentially invade the brain. So how do you get infected by pork tapeworm? By consuming pork that is undercooked. This results in what’s known as taeniasis — a parasitic disease wherein there’s tapeworm residing in the gut of the infected individual.

Getting infected by pork tapeworm may also happen if you come into contact with the feces of an infected pig or even human. Infection with pork tapeworm is known to cause epilepsy.

Pork tapeworm infection can actually be treated by antihelmintics — drugs formulated to destroy parasitic worms. There are various antihelmintics, and the one that’s best for the infection is the kind that targets the pork tapeworm itself. But just like in the case of the man talked about earlier, tapeworm that had invaded the brain cannot be destroyed by any antihelmintic drug on the planet, but only by having it surgically taken out of the brain.

Experts warn that international travel and importing and exporting of food considerably increase anyone’s risk of suffering from an infection. In the future as these potential causative factors further boom, the experts add, it is possible for someone to suffer from it even by staying put.

Foods to Eat for Healthy Teeth and Gums 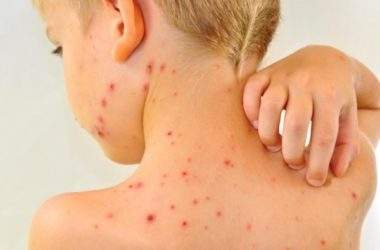 Chickenpox is one of the common disease people experience, especially during childhood. Also known as varicella, the disease… 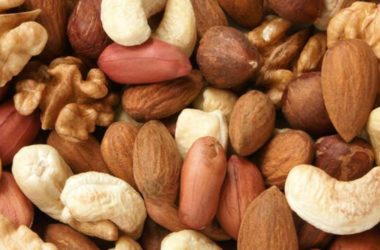 Hair loss is a common ailment that a number of people face today, and it is really infuriating… 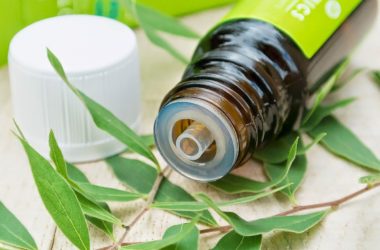 Tea tree oil — it’s a staple in so many health and beauty home remedies. This oil extracted…