Mexican Home Remedies for a Hangover

What do Kahlua, tequila and margaritas have in common? They’re all from Mexico! If you’re suffering from a terrible hangover after consuming lots of any of these Mexican gems, then you may give a try some home remedies for it from none other than Mexico.

So keep on reading this article if you like to deal with a hangover the Mexican way — below you will come across some of those that are tried and tested effective.

Got some family members and friends who are fond of drinking one too many Mexican alcoholic drinks or any other type of liquor and then complain about a nasty hangover the following day? Then make sure that you share this article on your various social media sites later on so that they, too, may give a try these Mexican cures for a hangover:

No, this Mexican home remedy for a hangover does not entail listening to the songs of Menudo, a Latino boy band popular in the 80s. It’s all about consuming a meat dish having the same name. It consists of broth, chili peppers and tripe — cow stomach! It’s certainly not for the faint of heart, but it’s perfect for those who wish to get rid of their hangover without delay.

There is another traditional Mexican dish that you may opt for if you have a really bad hangover, and it’s called pozole. Its main ingredient is processed corn called hominy, and pork or chicken are added into the mix.

Perhaps you’re familiar with hair of the dog — a method of curing a hangover by consuming more alcohol. Well, Mexicans recommend the intake of the so-called michelada which is basically ice-cold beer with a few other ingredients. They include lime juice, hot sauce, Worcestershire sauce and Maggi liquid seasoning.

Here’s another alcoholic remedy for a hangover, and it’s what Mexicans refer to as ojo rojo. Opting for this solution for a nightmarish hangover entails glugging down a large serving of beer with tomato juice and clam juice stirred into it. Sometimes a little Maggi liquid seasoning is added into the mix, too.

Not a believer of dealing with a hangover by drinking the one that has caused it in the first place? Then you may give vuelve a la vida a try, which is a non-alcoholic cocktail. It’s made by combining seafood, lime juice, tomato juice, celery, avocados and a bunch of select spices.

There’s another Mexican hangover remedy that’s perfect for you especially if you’re into seafood, and that’s none other than aguachile. Based on the name alone, it’s safe to assume that this is something that’s hot and spicy — this is shrimp in clear soup that’s seasoned with chili peppers, coriander, onion and lime juice.

In English, torta agohada means drowned sandwich. This traditional Mexican remedy for a terrible hangover is sandwich that is flooded with salsa, and it boasts of pork and fried beans swimming in spicy sauce. Because it’s so yummy, no one can blame you for having torta agohada even if you are free of any hangover!

One of the reasons why a hangover comes into being is the fact that alcohol can leave your body dehydrated. It’s a good thing that there is a Mexican sports drink that you can whip up that can help rehydrate your body, and it’s called suero. Such is made by adding lime juice and a little salt to a tall glass of ice-cold water.

After giving some of these Mexican home remedies a try, don’t be too shy to state in the comments section below which one of them provided you with much-needed relief.

Low Blood Pressure: Get to Know Its Symptoms

Foods That Detoxify Your Liver 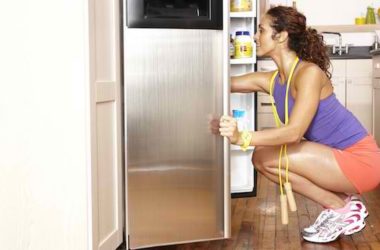 Ways to Curb Your Appetite Post-Workout

Working out can leave you feeling high, energized and at the same time—hungry. When you are tired, like… 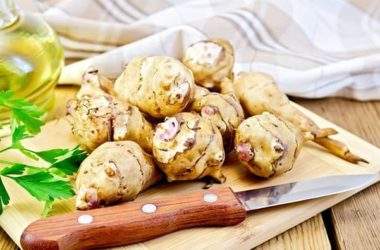 Topinambur is a plant that is mainly cultivated for its tubers which are consumed as vegetables. Because the… 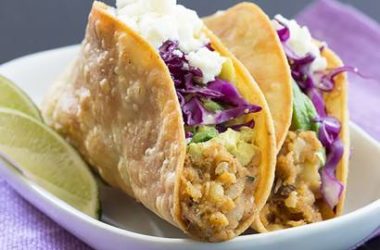 Tacos are excellent at any given time of the day as they are tasty, filling and nutritious. If…