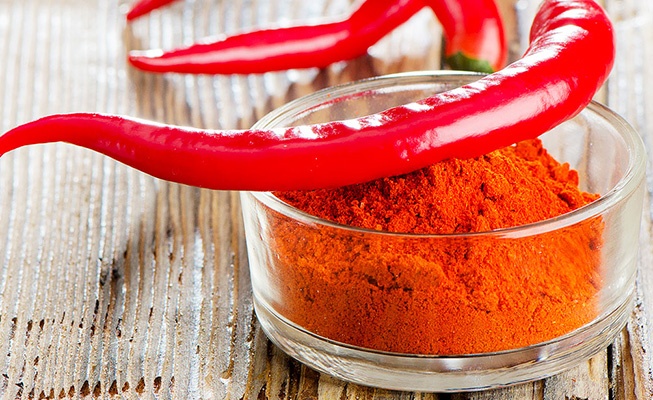 Paprika is one of the spices people know today. Originating in central Mexico, it is a ground spice that comes from the red air-dried plant Capsicum annum, which is also called sweet pepper or bell pepper.

One health benefit of eating paprika includes the antioxidants it has. According to San Francisco Gate, the spice contains vitamins A and E, with the former being referred to compound groups called carotenoids. As per the publication, paprika has four carotenoids – beta-carotene, beta-cryptoxanthin, lutein, and zeaxanthin; the first two are transformed into vitamin A forms that are utilized by the eyes to convert light to vision and are utilized by the skin to produce proteins that make skin. Moreover, lutein and zeaxanthin help prevent the risk of age-related macular degeneration development, as well as cataracts. Meanwhile, vitamin E defends the body from harmful elements like toxins and free radicals; this way, the body will be able to increase its defenses against diseases like diabetes mellitus and cardiovascular diseases.

Another health benefit of paprika is immune system functionality. According to Style Craze, paprika also contains vitamin C, which raises the body’s defenses against certain bacteria like Escherichia coli and Salmonella, which are usually acquired through ingestion. As per the publication, paprika inhibits their growth, if not fully stop them. Vitamin C also promotes the function of collagen, a substance that acts as cement and helps connect loosely connected cells and tissues; this way, tensile strength of tissues like the skin will be increased, promoting younger and more flexible skin.

To prepare, as per the publication, oil is heated in a non-stick pan. Next, the chicken thighs are seasoned with salt and black pepper and fried for about five minutes, turning them frequently until they become lightly colored. Then, the chorizo is added and cooked for 30 seconds, turning once. Once done, the chicken and chorizo are moved to a large heatproof bowl, leaving the fat in the pan. After that, the onions are added to the pan and they are fried gently for four to five minutes until they become soft and very lightly browned. The peppers and green beans are added to the onions and cooked for two minutes, until they start to soften. Then, the garlic, saffron, rice, bayleaf, and smoked paprika are cooked for one to two minutes, until the rice glisten. The chicken and chorizo are returned to the pan and stirred well with the other juices and then the chicken stock is poured in and seasoned with the black pepper; the dish is allowed to simmer over medium heat and cook for 12 minutes, stirring occasionally. After that, the mussels are tipped into the cooked rice mixture and stirred again; the dish is returned to a simmer and cooked for three minutes or until most of the mussels have opened. Then, the squid and prawns are added and stirred well, allowing the dish to cook for four to five minutes until the seafood are cooked, the rice is tender, and almost all the liquid has been absorbed. Finally, the dish is served hot with lemon edges.

READ  Reasons To Eat Apples
Sourceafricanreporter.co.za
Previous articleHate to Jog? Then Do These Exercises to Burn Lots of Calories
Next articleLet’s See the Many Health Benefits of Lassi