Already kind of bored with turning potatoes into homemade fries that are several times healthier than their fast food joint counterparts? You can turn those potatoes on your kitchen counter into latkes, which are traditional Jewish pancakes.

Sometimes called as potato cakes, latkes are the perfect healthy treats for any time of the day. Making them is easy, too — it’s just like coming up with pancakes, although you will have to grate some potatoes. But that’s okay because we know that potatoes are good for us. Some of the health perks that potatoes are known to offer include:

When blood pressure-lowering potassium is mentioned, bananas pop into the minds of most people. But did you know that potatoes are excellent sources of potassium, too? Much of it is found in the skin, and that’s perfect because the latke recipe below entails no potato peeling!

Potatoes are wonderful sources of vitamin C, and it’s no secret that this nutrient is needed for warding off infections — it is a strengthener of the immune system.

Aside from boosting your immunity, vitamin C that you can obtain from potatoes also helps shield your skin from premature aging. That’s because it is an antioxidant capable of zapping free radicals. Vitamin C is also warranted by the body for it to produce collagen, something that keeps the skin firm.

Scientists say that potatoes contain anti-inflammatory compounds, and that is why it should be regularly included in the diet of individuals who are suffering from osteoarthritis.

Potatoes are perfect for people who require lots and lots of energy in order to carry out their everyday tasks at home or in the workplace. What’s so nice about the kind of energy potatoes provide is it lasts for a really long time, allowing you to finish a lot of things without feeling exhausted.

There are so many other benefits that potatoes offer, but this article is primarily about teaching you how to make latkes. So without any more ado, let’s take a look at the quick recipe:

-Thoroughly wash potatoes under running water. It is definitely a good idea to have them scrubbed very well — you certainly don’t want to peel your potatoes and let a lot of nutrients go to waste!

-Grate potatoes using a box grater. You may also count on your food processor. If you don’t like the grating part, worry not because you may simply grab a bag of shredded potatoes at the frozen section of your favorite supermarket. Just make sure that you thaw frozen shredded potatoes very well beforehand.

-Line a colander with a few pieces of kitchen paper and place grated potatoes in it. Sprinkle with sea salt and let stand for about half an hour. Afterwards, try to squeeze as much liquid as possible out of grated potatoes.

-Peel onions, cut it in half, and grate it using your box grater. Stir grated onions into the potato mixture.

-Grab a skillet and place canola oil in it. Use medium-high heat to heat canola oil.

-Once already hot, place about 1/4 cup of potato mixture into the skillet and flatten. Cook for about 2 minutes. After 2 minutes, flip over and allow the other side to cook for 2 minutes.

-Remove pieces of paper towel once much of the oil has been absorbed. Serve with ketchup or sriracha. On the web, there are also plenty of recipes for dipping sauces perfect for latkes. 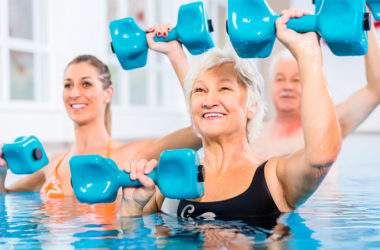 Some exercises are simply more fun than the rest. Take for example water aerobics — you are in… 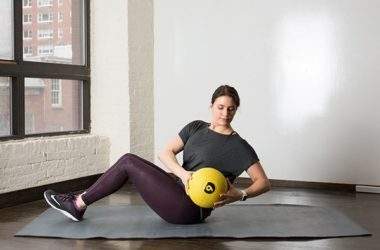 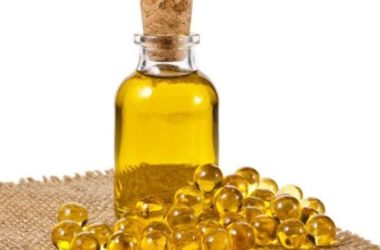 Emu oil is extracted from brown, flightless, native bird in Australia, which resembles to an ostrich. Considered as…