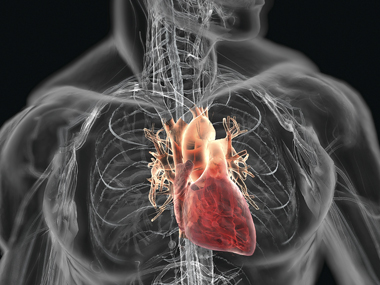 Joel K. Kahn, M.D, said that these four clues can point to arteries that are clogged and underlying heart problems.

In the United States, over 700,000 people suffer from heart attacks and about 400,000 die due to coronary heart disease every year.

Prevention is the primary goal but detecting signs as early as possible is also important. This may lead to changes in medical therapies and even lifestyle changes that can help delay or even prevent the onset of heart attacks. As a matter of fact, about 80% of heart problems can be prevented just by changing your way of life. A lot of people were actually surprised to find that the following clues are linked to heart problems.

1. Baldness. In a study of 37,000 men, those with severe baldness at the crown of their head strongly suggest the presence of CHD regardless of their age. In a different study where more than 7,000 people joined (where almost 4,000 were women) showed that moderate to excessive baldness can increase the risk of dying due to heart disease for both men and women.

2. Pain in calf when walking. This is also referred to as claudication. Atherosclerosis can cause blockage in the arteries especially in smokers even before CHD is detected. This symptom requires immediate attention. The doctor will analyse your leg pulses as well as conduct measurements of blood flow and blood pressure to confirm if there is poor circulation in your legs. It is important that heart problems be detected as early as possible since there are many medical and dietary treatments that can help solve this problem such as starting walking therapy as well as reducing consumption of animal products and increasing consumption of plant-based foods.

3. Ear crease. Another strange sign that you have CHD is having a crease in your earlobe that is diagonal to the ear canal all the way to the lower portion of your earlobe. This can be due to poor blood circulation including in your heart’s arteries. Although there are many researchers who say that the crease is just part of aging, there were those who conducted CT scan to determine silent CHD and found that ear crease can actually determine if the patient has heart disease even before other factors such as age and smoking were taken into consideration.

4. Erectile dysfunction. Men actually have a built in detection for CHD. If erection is hard or cannot be achieved, it may mean that the arteries in the pelvic area are clogged which can be a sign of an onset of heart attack. An average of 3 to 5 years after the onset of ED and the discovery of CHD which means that you have plenty of time to make the necessary changes in your life as well as diet. If you are worried about your performance in bed, try to locate the root of the problem before taking any pills.
Those who experience the signs mentioned above should pay attention to their cholesterol levels, blood pressure, and fasting glucose. Talk to your doctor if you need an EKG, exercise stress testing, or even CT imaging.

1. Veggies. Almost everything that you can purchase in the produce section is good for the body. Plant foods are usually high in minerals, vitamins, fiber, and even phytonutrients that are ideal for your heart. Bok choy, bell peppers, and asparagus are actually high in in B vitamins particularly vitamin B6 which helps in reducing homocysteine which is a type of amino acid that is associated with heart problem and C-reactive protein which is linked to inflammation. Tomatoes, carrots, and even bananas and oranges are high in carotenoids as well as lycopene which is an important antioxidant. It’s not surprising, therefore, that the Harvard Nurses’ Health Study and Health Professionals Follow-up Study showed that those who ate 8 or more servings were less likely to experience stroke or heart attack as opposed to those who ate 1 ½ servings or even fewer. The best way to increase your intake is to eat one more serving than you ate yesterday and do it for a week. You should add another serving the following week. Keep at it until your serving goes beyond 5. Continue until you can eat 12 servings or so.

2. Herbs and spices. Probably one of the easiest methods of protecting your heart may also be the tastiest. Many of the spices and herbs are actually medicinal for the body. They are concentrates from various plants which mean that they have the same chemical protection that plants give off to ward of diseases and pests. When you consume the spices derived from the plants, you are also getting the same protection too against various diseases.

The allium, which is found in garlic, can help lower your blood pressure, improve the blood cholesterol levels, and reduce your risk of suffering from any heart problems. Curcumin, which is found in turmeric, is found to be effective in lowering blood sugar, triglycerides, and cholesterol. Ginger is an herb known for its anti-inflammatory properties that can help thin your blood. Cinnamon, which is a type of sweet spice, can help regulate blood sugar and improve the flow of your blood.

Try adding a sprinkle of apple pie spice which has nutmeg, allspice, cloves, and cinnamon to your oatmeal, coffee, or even fruits. You can even add Italian seasoning mix to your salads, potatoes, soups, and other dishes.

3. Fish. There are certain types of fish that contain high amounts of omega-3 fatty acids which are known to lower disturbances in your heart’s rhythm, blood pressure, triglycerides, and inflammation. Diets that are high in this fat can actually help prevent plaque from forming in your arterial walls. If you are planning on buying fish just remember SMASH or sardines, mackerel, anchovies, salmon and herring. You should at least consume two servings of fish especially large types of fish like swordfish since they may have high amounts of mercury.

4. Tea. This particular beverage is high in flavonoids which is good for oxidation. Catechins, which are a type of flavonoids found in green tea, helps protect the cells in your body much like the way a gas additive helps your car engine to hum. Oolong, green, and black teas are capable of preventing heart problems in various ways such as preventing dietary cholesterol from being absorbed into your bloodstream, reduce inflammation, and regulate blood sugar levels. Just drink an additional cup to what you are already consuming. If you drink tea, go for three cups in a day. Let the tea steep 3 to 5 minutes to release more catechins.

5. Naked meat. It may be difficult for many to give up animal products. The first step is to eat meat that is as naked as possible. This means meat that has no additives, preservatives, antibiotics, artificial colors, pesticides, nitrates, sodium, and hormones. Go for meat that says antibiotic and hormone free when buying in the grocery. You should also opt for meat from animals that eat grass or natural food source and not from animals that ate from feedlots. Meat that came from animals that is grass-fed since they have higher omega-3 fatty acids. Make it a point to consume fruit and vegetable when you eat meat as they can help minimize the effects of meat.

6. Leafy greens. Beets, arugula, kale, spinach, lettuce, and other types of vegetables are high in nitrate which is a kind of nitrogen that is gotten from the soil. This particular compound is transformed into gas during digestion which is called nitric oxide which prevents plaques, contraction, and blood coagulation from occurring to minimize heart problems and strokes. Queen Mary University of London’s researchers just discovered recently that those who ate meals that are high in nitrate experience a drop of about 11.2 mmHg in their blood pressure in a few hours which can last the whole day. This improvement can actually rival that of any medication out there. You can either drink a glass of beet juice or add various greens to your smoothies, sandwiches, and soups.

7. Stay away from soda. About 180,000 people usually die every year due to drinks that are high in sugar content with 45,000 of those deaths resulting from heart attack. Heart problems tend to occur with those who drink sugary beverages because they are prone to weight gain, diabetes, and blockage in the arteries. Soft drinks can also cause blood sugars to increase which can coat fats and proteins which, in turn, can cause damage to your arteries. Researchers from Harvard have been studying 40,000 physicians and 88,000 nurses for more than 20 years and have discovered that women who drank more than two servings of sugary beverage were 40% more likely to suffer from heart disease as opposed to those who drink less. As for men, those who drank the most were 20% more likely to experience heart problems in the long run. The best thing to do is to give up your intake of soda. If you’ve been drinking several soda in a day, you should swap it with iced tea or water it down with half a glass that has seltzer. Slowly reduce your intake until you no longer drink soda.

Comments
Previous articleWhat You Should Know About Processed Foods: Are They All Bad?
Next article10 Essential Secret to Washing your Hair Right