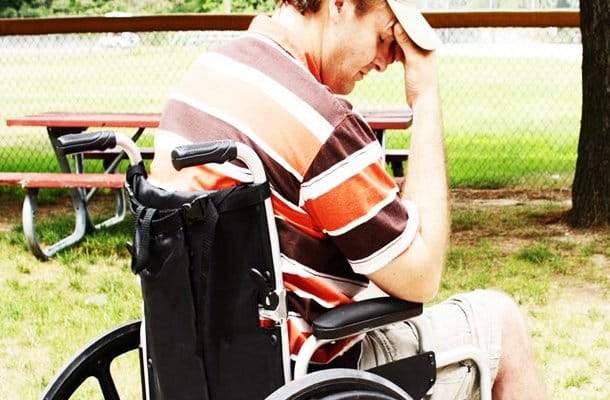 Home Remedies for a Hard Pimple That Really Deliver

Autonomic dysreflexia, also known as autonomic hyperreflexia or AD, is a life-threatening medical condition that is triggered by a painful stimulus occurring below the level of the spinal cord injury. It also involves spinal injuries with spinal lesions over the T6 spinal cord level. It is also known to happen in people with a spinal cord lesion of as low as T10.

As per The National Spinal Cord Association (via Neuroanatomy), about 7,800 to 12,600 new cases of spinal cord injury occur in the United States every year and an estimate of eight percent of patients with spinal cord injury are institutionalized following their discharge from the hospital. The publication added that autonomic dysreflexia has an incidence rate of 48 to 90 percent in those who are tetraplegic or high paraplegic. Furthermore, it has been stated that the age and the gender of a person are not prime determinants of the incidence of autonomic dysreflexia; however, the condition can happen anytime throughout the individual’s life.

According to Health Line, autonomic dysreflexia is triggered by stimuli that generate nerve signals to the sympathetic and parasympathetic nervous system. The common signs and symptoms of the condition are nasal congestion, flushing of the skin, apprehension and anxiety, confusion, high blood pressure with systolic reading of more than 200 mmHg, irregular or racing heartbeat, lightheadedness and dizziness, a punding headache, dilated pupils, and profuse sweating.

As autonomic dysreflexia is considered as a medical emergency, diagnosis is done following the treatment for the symptoms of the medical condition, such as blood pressure changes. After the symptoms have been addressed, the doctor is going to conduct a thorough examination, which are followed by diagnostic tests, to identify the exact cause and to rule out other potential causes of the symptoms.

With regard the management of autonomic dysreflexia, the initial thing to do is to determine its cause or stimulus and remove it as soon as possible, according to the United Spinal Association. As per the publication, this merits higher rate of success and prevents dependence to pharmacological intervention. Following the removal of the cause, it is also recommended to have the person in an sitting or upright position and monitor blood pressure frequently until the episode subsides.

According to “Treatment of Autonomic Dysreflexia for Adults with Spinal Cord Injuries”  (Middleton, 2002), it is important to not leave a person with autonomic dysreflexia alone and blood pressure should be monitored every two to five minutes while another provides treatment. As per the publication, the patient and the carer are asked if they suspect a cause. The patient’s head is then elevated and legs are lowered to help lower the blood pressure while the cause is identified. Any constrictive clothing is loosened to prevent further rise in blood pressure. The bladder drainage equipment is also checked for kinks or flow obstruction, such as clogging of inlet to leg bad or overfull leg bag. It is also important not to press over the bladder.

Along with the management of autonomic dysreflexia, the condition can also be prevented. As per United Spinal Association, this can be done by frequent pressure relief in bed or chair, avoidance of sun burn or scalds by avoiding exposure through the use of spf 15 sunscreen and watching water temperatures, strict adherence to bowel programs, keeping catheters clean and being faithful to catheterization schedule, and having a well-balanced diet and adequate fluid intake, in addition to medication compliance.

Make Your Own Miso at Home