Your epiglottis is a small flap that’s out of cartilage located at the base of your tongue. Its primary purpose is to make sure that foods and drinks end up in your stomach and not in your lungs — each time you swallow, your epiglottis seals off your upper airways, thus guiding any solid or liquid down your esophagus.

It’s very much possible for your epiglottis to wind up swollen or inflamed, and doctors refer to this condition as epiglottitis. In severe cases, it can be life-threatening as it can keep you from being able to breathe properly.

This article will tell you some of the most important matters that you need to know about epiglottis such as its causes, symptoms and treatment. It’s a good idea to get acquainted with epiglottitis not only because it can be very serious, but also due to the fact that it can affect anyone — you or somebody you love.

According to health authorities, the most common cause of epiglottitis is a bacterial infection. Specifically, it can be brought about by the bacterium called haemophilus influenzae type B or Hib — it’s the same bacteria that can cause all kinds of infections such as ear infections, meningitis, pneumonia, cellulitis and even arthritis.

Microbial activity is not the only thing that can be blamed for epiglottitis. Just about anything that can cause irritation and swelling of the epiglottis can be a culprit, too. Some very common examples include smoking illegal substances, inhaling chemicals, consuming something that’s very hot, and swallowing a foreign object.

By the way, there are factors that can increase a person’s risk of having epiglottitis. They include, being below 6 years old and over 85 years old, being male, having a weakened immune system, and coming into contact with individuals carrying bacteria and viruses that can cause epiglottitis.

No matter the cause, it’s for certain that the symptoms of epiglottitis will remain the same. However, the appearance of the symptoms may vary, depending on the age of the affected individuals. In children, the symptoms may show up in just a few hours. In adults, they may appear slowly, often taking a few days.

A sore throat and fever are some of the telltale signs of epiglottitis. It’s also not uncommon for the sufferer to have difficulty with breathing and swallowing, too. Someone who has epiglottitis may have a hoarse, raspy or muffled voice.

The problem with epiglottitis is that it can cause blockage of the airway. Naturally, this is a very serious matter as no one can survive without oxygen. It’s very important for someone who cannot breathe due to epiglottitis (or because of some other reason) to be taken to the ER without delay as this can cost him or her life.

Monitoring the oxygen levels in the blood — this is the initial step that a doctor takes, and such is to make sure that the problem is not interfering with the ability of the sufferer to breathe. Such is commonly done with the help of what’s referred to as a pulse oximeter, a small device that is attached to the fingertip.

Anti-inflammatory medications may be administered in order to considerably reduce the swelling of the epiglottis, thus making sure that the airway remains open. If epiglottitis is bacterial in nature, the administration of antibiotics is the treatment of choice. Usually, it is administered intravenously most especially if the patient is having a hard time swallowing solids and liquids.

Speaking of which, it’s not unlikely for intravenous fluids to be introduced into the body because of the fact that eating may be extremely difficult or painful. Such may be necessitated until such time that the person is able to eat and drink again.

Get to Know the Benefits of Eating Whole Grains 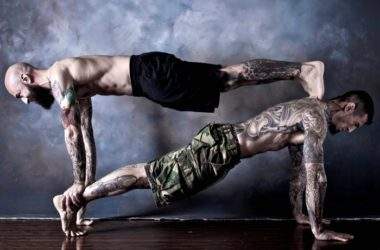 Push-ups primarily develop the chest, but it also engages the arms and the abdominal muscles. The following are… 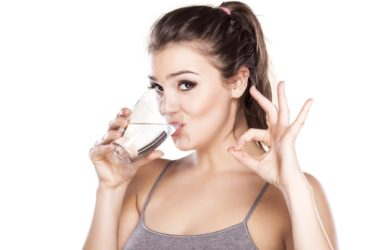 Why Hydration Makes You Beautiful?

Ever since a child, we are always reminded to drink eight glasses of water daily. Eight glasses? You… 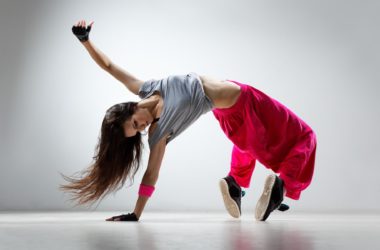 9 Good Effects of Dancing on Health

Dancing has been done all over the world and in different cultures. From tango, hip hop, twerking, Break…