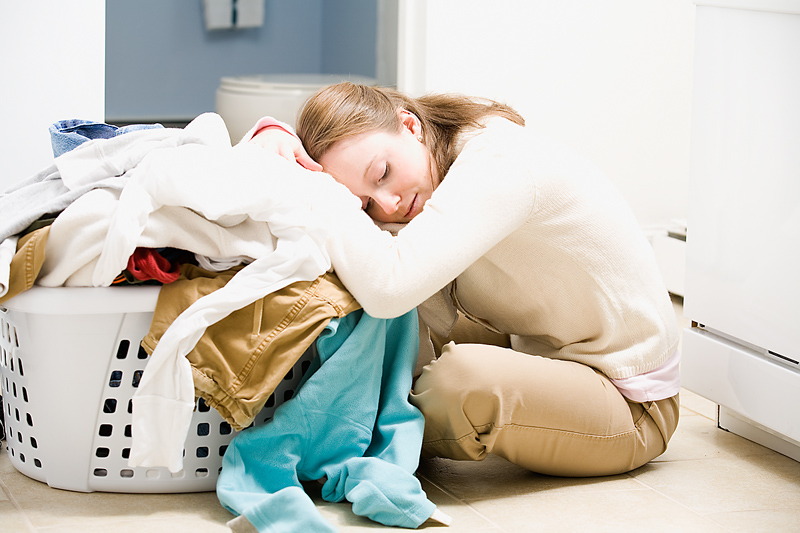 About nine percent of women suffer from an iron deficiency. How can you tell if your iron levels are a little low? Be on the lookout for these nine warning signs…

“The body uses iron to make hemoglobin, the substance in red blood cells that carries oxygen,” says Blaire Morriss, a nurse practitioner at the Vanderbilt Center for Integrative Health. When you don’t have enough healthy blood cells, you start to feel exhausted.

Neurotransmitter synthesis may be altered in people with an iron deficiency, leading to lower-than-normal functionality, says Morriss.

This can happen whether you’re at the gym or simply walking to your car – but why? “Without enough iron in the blood, the body becomes starved for oxygen,” says Kimberly Mueller, owner of Fuel Factor Nutrition Coaching.

Look like a Twilight extra lately? That’s not a good sign. “A washed-out appearance can be caused by reduced blood flow and decreased number of red blood cells,” says Mueller.

Struggling to do the same number of reps you whizzed through a few weeks ago – even though you haven’t been slacking off on your workouts? Low iron levels can cause your endurance to suffer, according to a recent Cornell study.

If you actually do drag yourself to the gym, you’ll probably feel the burn for longer than normal afterward: Not having enough iron deprives your muscles of their ability to recover properly, leading to achiness.

Even the cutest mani/pedi can’t hide thin, frail fingernails and toenails. Another way your tips can tip you off to a possible iron deficiency: a concave or spoon-shaped depression in the nails.

If you get sick often – particularly if you’re always suffering from respiratory illnesses – iron deficiency might be the culprit, says Mueller.

We saved the weirdest for last. Beeturia is what happens when you eat beets and excrete reddish urine. While this occurs in 10 to 14 percent of normal people, Morriss says the number is much higher in people with an iron deficiency and is caused by increased intestinal absorption of certain pigments.

Particulars You Need to Know About Portal Vein Thrombosis