Exercise is one of the activities a person needs to boost and preserve health. It promotes metabolism, blood flow, and oxygenation throughout the body, allowing the cells and tissues perform their daily function and maintain life. Without exercise, a person may become prone to having health conditions, such as constipation, diabetes, and heart diseases. To prevent these, the following are some exercises that work the entire body.

The push-up is one of the best exercises ever invented, according to Nerd Fitness. As per the publication, the reasons are that it does not require an equipment, it builds strength in the right places, it has several variations, and its progress track is easily quantifiable. Also, the exercise activates the entire body.

To perform the push-up, the person lies down facing the ground, with his hands set at a distance slightly wider the the shoulder-width; they should be straight to support the body’s weight. Next, his feet should be set up in a way that is comfortable, but the body’s position should resemble a giant straight line. Then, the person’s head should be looking forward and his abs or core should be braced.

Once ready, the person lowers his body until the elbows form 90 degrees or less. A good practice is to let the chest go down to the floor, with the elbows kept relatively close to the body. Once the chest touches the floor, the person pauses for a while and then pushes himself back up to the starting position. The exercise is done for the planned number of repetitions and sets.

Pike roll-out is one of the exercises that move the body’s body parts. According to a 2010 study by the “Journal of Orthopedic and Sports Physical Therapy,” as cited by Active, the exercise was the most effective for the core muscles, among the ten exercises tested.

To perform the exercise, as per the publication, the person grabs a Swiss ball or exercise or stability ball. Next, he gets into a push-up position, with his feet on top of the ball. Then, he makes the pike by using his core muscles to lift his buttocks into the air, over his torso. After that, the person does the roll-out. He brings the body down, allowing his body to move along the ball, until it is under his knees and the arms out in front of him.

As per the publication, the pike roll-out combination challenges the person, but is benefits the core muscles.

The lunges also work the whole body, though it primarily engages its lower part. It involves one leg positioned forward, with the knee bent and the foot flat on the ground while the other is positioned behind. According to Shape, the exercise has to be done properly to prevent unwanted strain on the joints, which leads to injury.

To perform the exercise, the person keeps his upper body straight, with the shoulders back, the chin up, and the core engaged. A good practice is to choose a point to stare at in front to prevent oneself from looking down. Then, he steps one leg forward. The front knee should be directly above the ankle and not pushed out too far. Also, the other knee should not touch the floor. Moreover, the weight is kept in the heels as the person goes back to the initial position.

Another exercise that works the whole body is the burpee and it is one of the common cardio exercises done to lose fat. To perform, as per Body Building, the person begins standing with his legs shoulder-width apart. Then, he places his hands on the floor and kicks his legs back for him to be with his stomach and thighs on the floor; the elbows should be bent, just like in a push-up. Next, the person presses up and then jumps with his feet to stand. Finally, the person jumps in the air, brings his hands over his head, and repeats the exercise. 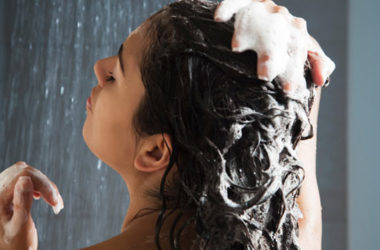 People have a distinct smell, even in our hair. Our hair can develop a characteristic smell from our… 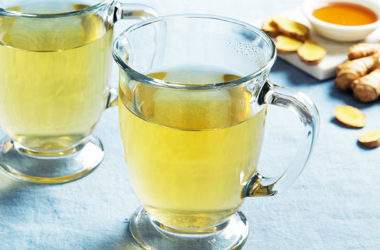 Drink This to Stop Diarrhea Fast

Oftentimes, diarrhea is due to the consumption of food contaminated with microbes. Your body reacts by trying to… 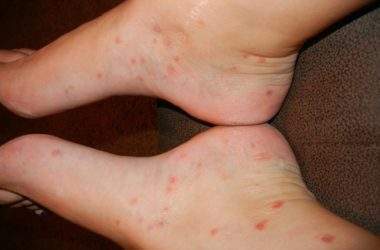 Although they do not put your health at risk whatsoever, chigger bites can be really annoying. That’s because…