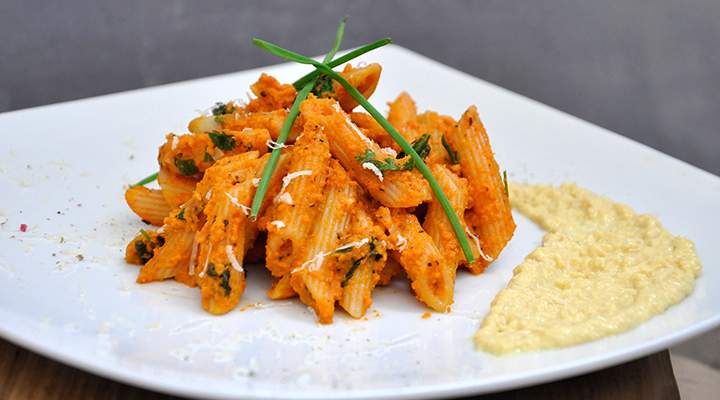 Herbal Teas That Detoxify the Body

Pasta is one of the food selections people commonly eat, especially in gatherings and events. Originated in Italy, the pasta noodle is made from unleavened dough of durum wheat flour mixed with water or eggs. As a food, pasta is packed with various health benefits.

Pasta is a great source of carbohydrates, the energy-boosting macronutrient, along with protein and fats. According to Pasta Fits, carbohydrates or carbs provide glucose, which serves as a “crucial fuel” for the brain and the muscles. In addition, pasta is rich in complex carbohydrates, which releases energy to the body gradually. This means pasta is capable of providing longer-lasting energy to the body, as compared to other carbohydrate and energy sources.

Pasta also helps in the digestive process and elimination of waste. According to Live Strong, the whole-wheat pasta variant contains considerable amount of dietary fiber, which is also regarded as a beneficial sort of carbohydrate. As per the publication, fiber helps combat chronic diseases, which include obesity and type 2 diabetes mellutus. Also, fiber promotes digestive health through speeding up the movement of the digestive tract and the metabolic process. Fiber acts as sweep, helping the body get rid of unwanted waste materials like toxins and free radicals.

Pasta also helps prevent cell damage. According to Live Strong, it contains minerals selenium and manganese. As per the publication, selenium protects the cells from molecular damage by stimulating the release of antioxidant enzymes, which carry out the said function. It is added that a 1-cup serving of pasta give about two-thirds of a person’s recommended daily intake, as set by the Institute of Medicine. On the other hand, manganese facilitates metabolism, blood sugar regulation, and calcium absorption. To add, it helps in the growth and development of various tissues and organs in the body. As per the publication, a serving of whole-wheat pasta contains 1.9 milligrams of manganese, which is higher than 83 percent of the daily intake of men and more than 100 percent for women. Meanwhile, the same serving of white pasta provides 0.5 milligram.

See also  Everyday Habits That Can Cause Blood Pressure Increase

While considered as a carbohydrate source, pasta also helps reduce weight. According to Medical Daily, new evidence has surfaced about the relationship of low carbohydrate and high protein diets and obesity. As per the publication, consuming pasta in moderation may help combat obesity and reduce a person’s waistline. A research involving two groups of participants aimed to determine the dynamics between pasta consumption and variables like body mass index (BMI) and waist-to-hip ratio. As per the findings, those who ate pasta in moderation had a lower body mass index, as compared to those who did not.

Pasta has various forms when it comes to dishes, such as Penne Pasta with Spinach and Bacon. According to All Recipes, the ingredients include a 12-ounce package penne pasta, two tablespoons olive oil, six slices bacon, two tablespoons minced garlic, one 14.5-ounce can diced tomatoes, and a bunch of fresh spinach (rinsed, torn into bite-size pieces).

To prepare, as per the publication, water is slightly salted in a large pot and is brought to a boil. Next, the penne pasta is added and cooked for eight to ten minutes until tender. Next, a tablespoon of olive oil is heated in a skillet over medium heat. After that, the bacon is placed in the skillet and is cooked until browned and crisp. Then, the garlic is added and cooked for about a minute. Once done, the tomatoes are stirred in and cooked until heated through. Next, the spinach is placed into a colander and the hot pasta is drained over to wilt it. Finally, it is transferred to a large serving bowl, tossed with the remaining olive oil, bacon, and tomato mixture.

Pasta is enjoyed by people across the life span, not to mention that it also contains nutritional benefits. Thus, adding it to menu plans helps promote one’s health and prevent illness.