Herbs and Spices That are Said to be Better Than NSAIDs

Non-steroidal anti-inflammatory drugs or NSAIDs are some of the most commonly taken drugs for pain and inflammation. Although very effective, they tend to cause a variety of side effects. Their intake can also come with certain health risks, and many of them can be quite serious.

If you are looking for a safer way to manage pain and inflammation, then this article is for you. Below you will learn about certain herbs that are deemed better than NSAIDs. Don’t forget to share this article afterwards to let your family and friends get to know these herbs that can give NSAIDs a run for their money.

Stomach pain, heartburn, nausea, vomiting and dizziness are some of the most common side effects of NSAIDs. Other than these nasty things, the intake of NSAIDs is also associated with risks. Some of the scariest ones include stomach ulcers, excessive bleeding especially when taking aspirin, high blood pressure, and kidney and liver damage.

Clearly, popping an NSAID in your mouth when being bugged a simple headache or a slight pain in the joint is not worth it. But if it’s your doctor who told you that you should take NSAIDs because the benefits outweigh the risks, then it’s definitely a good idea to stick with such recommendation.

Wanting to take NSAIDs without consulting your doctor? It’s a good idea for you to first give a few herbal alternatives to it a try. Many of the following herbs are proven effective for battling pain and inflammation, and they do not come with the usual side effects and risks of taking NSAIDs:

One of the herbs that are revered for their superb anti-inflammatory properties is turmeric. You can take advantage of turmeric in many different ways. For instance, you may turn it into tea or sprinkle lots of it on your dishes. Turmeric may also be mixed with a few drops of water, and then applied on painful and inflamed areas of the body.

When turmeric is utilized orally for controlling inflammation, it is usually paired with black pepper. That’s because it has a chemical called piperine that is known to facilitate the absorption of curcumin. However, black pepper can be used on its own for dealing with inflammation. Usually, a pinch of it is added to a cup of hot water and then consumed.

A cousin to turmeric, ginger is also a very good anti-inflammatory herb. A very popular way of utilizing ginger as a remedy for pain and inflammation is by consuming it in tea form. You may also simply mince fresh ginger root and secure it in place over the affected muscle or joint using a piece of cloth or plastic wrap.

Popularly added to lemon juice to detoxify the body, cayenne pepper is known to have analgesic and anti-inflammatory properties. You can use this very popular culinary spice for dealing with pain and inflammation by combining its powdered form with a little coconut oil, and then massaging it on areas that are achy and swollen.

Did you know that some manufacturers of NSAIDs obtain their ingredients from cloves? The said ingredient is known as eugenol, and it is capable of inhibiting the action of enzymes that cause inflammation. You may employ clove buds as anti-inflammatory agents by chewing on a couple of them or turning them into tea.

It’s true that rosemary can make just about anything taste and smell so pleasing. However, when it comes to pain and inflammation this culinary herb is remorseless. Just like cloves, rosemary is scientifically-proven to prevent the body from instigating inflammation. If rosemary is not available, experts say you may also count on sage.

A Guide to Using Panax Ginseng 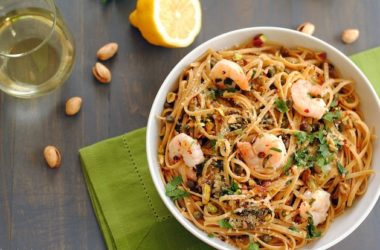 PASTA- A favorite comfort food, quick, easy to prepare and cool and definitely tastes good. But with those carbs,… 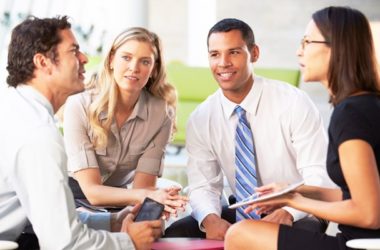 Tips to Communicating Effectively at Work

Communication is necessary in our day to day lives. We use it when we talk to our family,… 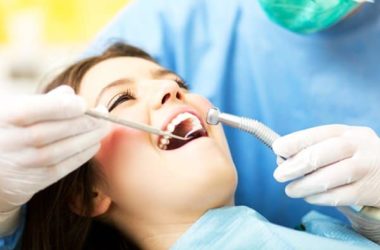 A dental filling is something that helps restore a tooth that is damaged by a cavity or decay,…