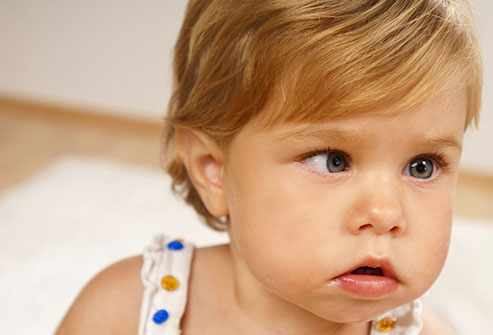 Steps on How to Gain Weight Quickly

The most common reasons for cross eyes include poor control of the muscles of the eyes and extreme farsightedness. Usually, the eyes point at the same direction at the same time. When problem with the eye control is present, one or both eyes may turn inwards, such as in the case of cross eyes. There are instances wherein the eyes are always turned inwards, although it is possible for the condition to be observable only the person is stressed or tired.

It’s not uncommon for babies to have cross eyes or look as though they have the eye condition. Most babies appear like they have cross eyes because of the extra skin folds situated in the inner corner of the eyes, right next to the nose bridge. As babies grow, these skin folds disappear, thus making that cross eye look go away. Also it is important to note that the eyes of newborns are not that coordinated yet, which means it’s perfectly normal and common for parents to observe that the eyes of their babies do not move in perfect unison or align as expected.

The presence of cross eyes after a month or so, however, may be a cause of concern. According to medical authorities, parents of 6-month old babies should have the eyes of their little ones checked by an optometrist — an individual who is qualified to perform an eye examination and prescribe and provide spectacles or contact lenses in order to correct vision.

Having the eyes of a baby checked by an optometrist at 6 months of age allow for the early detection of certain eye problems, and one of them is cross eyes. When it comes to eye problems concerning most especially babies, early detection paves the way for early treatment which makes it easier to have the issue corrected.

READ  What is Sundowning and How Can It be Reduced?

One of the things that an optometrist has to do is determine whether or not the problem with a baby is an actual case of cross eyes or pseudo strabismus, which makes it appear that the eyes are crossed even though they are not. Pseudo strabismus is commonly observed among babies whose nasal bridges are wide. The white parts of their eyes, particularly in the inner corners of the eyes, show less. This gives the illusion of cross eyes.

READ  How Daily Exercise Can Improve Your Productivity Levels

After an optometrist has determined that the condition is really cross eyes, he or she will provide referral to a children’s eye specialist who is capable of giving more intensive treatment modes to have the eye condition corrected. Again, it is important for the right kind of treatment to be provided early on to make the correction of the problem an easier task.

Testing the strength of the eye muscles is one of the things commonly conducted during the examination. By strengthening the muscles, the alignment of the eyes may be corrected as well as the visual pathways in the baby’s brain. Placing a patch on the eye with the stronger muscles may be done so that the weak muscles of the other eye may be forced to work harder, thus causing them to be just as strong as the muscles in the other eye.

It is also possible for a children’s eye specialist to provide eye drops or eye glasses designed to blur the vision of the eye with the stronger muscles, causing the other eye’s muscles to work harder and become stronger. If the mentioned treatments fail to work, surgery may be considered in order to have the weak eye muscles corrected.

How to get rid of Pimples Fast