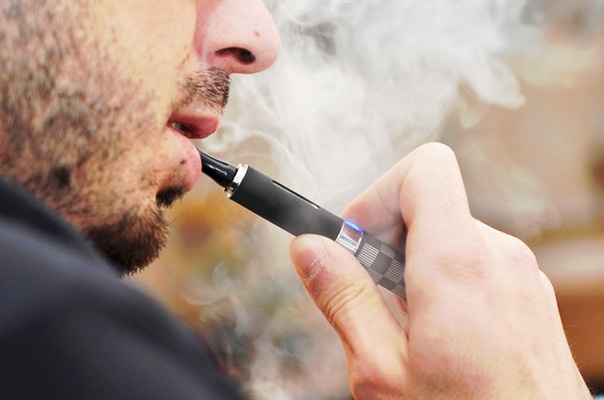 There is no stopping the rise of vaping, as the idea of a tobacco-free cigarette has taken the world by storm. This is not surprising as smokers can still continue with their habit without worrying about the effects of nicotine to their body. According to the LA Times, tobacco companies actually feared that this day will come, where there is an alternative to the products that they are offering.

Teens and adults are going gaga over vaping with thousands of vape shops cropping up not just in the United States, but across the globe. But is it really true that there are no side effects associated with this growing trend?

Possible Side Effects of Vaping

Researchers have asked the vaping community if they noticed any side effect with regards to the use of e-cigarettes. Most say they experienced some issues, but these only lasted for a short time and has not caused any untoward health issues on their part. That being said, let’s see what these side effects they mentioned.

Some vape users have commented on having dry mouth every time they use their e-cigarette which is not surprising especially when the vape juice being used contains high amounts of propylene glycol. This liquid works by gathering water molecules in the mouth which leaves you that feeling of dryness thus it’s hard for you to get that hit from the mouth to your lungs.

Another side effect that has been linked to vaping is sensitivity to anything that contains caffeine. This can trigger mood swings as well as anxiety especially when you are used to drinking coffee throughout the day.

Canker sores are these shallow blisters that form on the mouth due to infection, presence of acidic or spicy foods, stress, injury, and even hormone issues. Although vaping may also contribute to the problem, it’s not because of the smoke or the juice, but rather the use of a poorly maintained e-cig mouthpiece. The accumulation of dirt, vape juice, and whatnot can irritate your mouth, thus causing canker sores to appear.

Another side effect that has been noted by vape users is dehydration. It’s true that there are many sources of dehydration, but some vape users have noticed that it began with a general dryness in their mouth, constant feeling of thirst, and fatigue. These are all symptoms of dehydration which some have not associated with vaping, but this can be a cause for concern.

First time vapers often succumb to coughing because the idea of inhaling liquid and puffing out smoke is relatively new. Although many got the hang of it after taking a few more hits, the coughing fit has continued for some. This can be irritating and cause discomfort too especially when you are in a public place, as you are already bothering the people around you.

FDA may rate the PG/VG base of e-cigarettes to be generally safe, but this doesn’t mean that it is completely safe. The presence of PG may cause allergies to surface which is another negative side effect of vaping.

Many vapers fear this side effect, especially by first timers, since having a headache is not exactly a pleasant experience. While you are still playing with your e-cigarette juice, how inhaling should be done, and the like, this can trigger headache somewhere along the line. Although headaches due to vaping tend to disappear after a few hours, if this continues for a day or two, you will need to reconsider your use of vaping.

Sourceusnews.com
Previous articleHere are the Risk Factors for Osteoporosis in Men
Next articleHerbal Teas That Help Lower Bad Cholesterol

Things to Avoid If You Have Sensitive Teeth