There is a supplement called N-acetylcysteine — NAC for short — which offers an impressive array of health benefits but does not seem to get as much spotlight as the rest. A derivative of the amino acid L-cysteine which is one of the many building blocks of protein, what makes NAC good for you is the fact that it helps your body produce antioxidants.

Perhaps you are not unaware of the reasons why antioxidants are beneficial. They combat excess free radicals in the body, thus encouraging a number of amazing effects that range from the control of chronic inflammation to the promotion of cardiovascular health. We all know that antioxidants help keep us looking young as it facilitates the slowing down of the effects of aging on the skin and elsewhere.

Well, here’s the reason why NAC is something that can yield all of those favorable effects and many others: NAC helps boost the body’s production of glutathione. Glutathione is dubbed as the mother of all antioxidants. Some scientists like to refer to it as the master detoxifier. Others say that it’s the maestro of the immune system, stemming from the fact that glutathione is very good at enhancing the body’s ability to combat microbes that can cause all sorts of diseases.

Your body can produce its own glutathione, by the way. So why do you need NAC if glutathione is naturally produced within you? That’s because stress, exposure to environmental pollutants and poor eating habits can deplete your glutathione levels. The same is true with getting sick as well as taking certain medications. Indeed, you need NAC just to keep those glutathione molecules from being wiped out!

Here are some of the most noteworthy reasons why you should supply your body with NAC:

It’s Good for the Heart

Because of its ability to enhance antioxidant production and activity, NAC helps ward off increased bad cholesterol levels and blood pressure due to the prevention of the arteries from ending up clogged. By keeping plaque from collecting in the arteries, your risk of heart disease, heart attack and stroke can be reduced.

It Benefits the Lungs

One of the impressive properties of NAC is its capability to dissolve excess mucus. That is why individuals who are suffering from respiratory problems such as asthma, chronic bronchitis and even pneumonia may benefit from the intake of NAC. Some studies suggest that NAC is also good against the flu.

It Has Positive Effects on the Mind

Experts on mental disorders say that NAC is beneficial for people who are suffering from problems that are commonly resolved with the prescription of tranquilizers or anti-depressants. Numerous studies also say that NAC may be used for warding off cravings for addictive substances such as nicotine, marijuana and cocaine.

It’s Helpful for the GI Tract

Studies say that NAC has the power to deactivate H. pylori, bacteria which are blamed for a host of issues with the digestive system — from acid reflux, ulcers to gastritis. Experts add that H. pylori are also linked to the development of various cancer types concerning the GI tract.

It Detoxifies the Body

Did you know that NAC is commonly used against acetaminophen toxicity? This does not come as a shock because NAC has the capacity to bind with all sorts of poisonous substances to have them flushed out of the body. NAC is beneficial for keeping the liver tissues from being damaged by all sorts of toxins.

It Slows Down the Aging Process

Since NAC helps increase glutathione production, it’s no wonder why it can be utilized as an anti-aging support. With those excess free radicals neutralized, the cells are kept from being damaged, thus delaying the process of aging. It’s not just the effects of aging on the skin that may be prevented, but also on the joints and muscles.

Aside from supplementing, you may also obtain NAC from including certain foods in your diet. Since it is a derivative of an amino acid, it is naturally present in protein-rich food sources such as beef, pork, chicken and turkey. You can also get NAC from milk, cheese, egg and fish. Non-animal sources of it include garlic, onions, red bell peppers, broccoli, soy beans, bananas and wheat germ.

Information on the Ketogenic Diet and Sample Plan for a Week 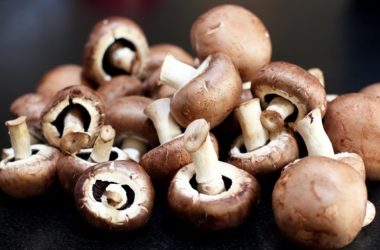 Five Reasons Why You Should Eat Mushrooms

Read on and find good enough reasons to get hooked with mushrooms. Mushrooms are packed with nutrients. They… 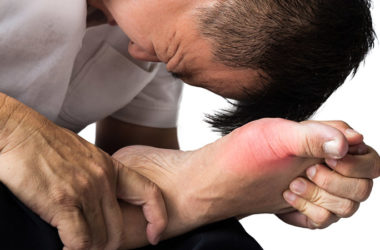 Walking, swimming or bicycling is certainly the last thing on your mind if you are having a bout… 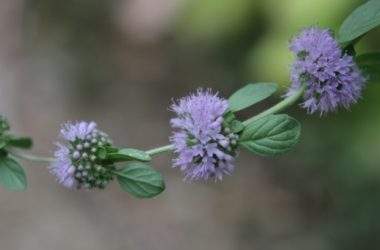 Pennyroyal is a creeping herb that bears tiny lilac-colored flowers. When the leaves are crushed, they smell just…