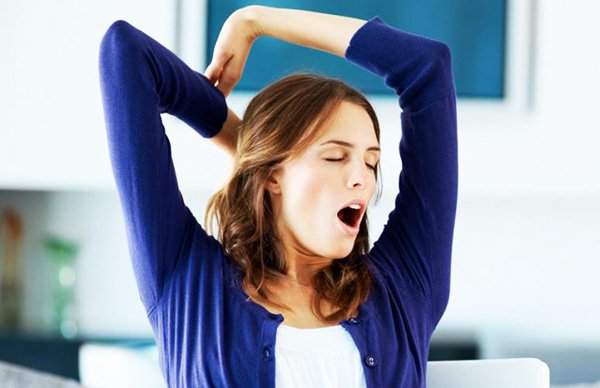 Do Yoga For A Better Skin

Simple Steps Away from Diabetes

Yawning once in a while is perfectly normal. However, there may be something wrong if it happens all the time or in a close series — it can be anything from a sleep disorder to a problem concerning your heart!

Before we discuss some of the probable reasons why you yawn a lot, let us first quickly get to know why we involuntarily open our mouths and take a large gulp of air.

According to experts, yawning is the body’s way of increasing oxygen levels in the blood. In other words, it happens when the amount of oxygen in the bloodstream is less than optimal. It’s exactly for such reason why you tend to yawn successively when you feel like going to bed — when you are sleepy, your respiratory rate slightly decreases, and this causes the blood’s oxygen levels to drop to some extent.

However, there are some scientists that say that yawning is actually a social signal whose true meaning is yet to be figured out. A proof to this is the fact that yawning is evidently infectious — one person in a room yawns and you can expect many others to follow suit!

There is a recently-established theory that yawning happens in order to cool the brain. Such was speculated when participants yawned a lot when warm compresses were placed on their heads. Scientists involved with the experiment theorized that the brain wanted to cool itself by means of yawning in order to remain alert.

Now that you know some of the purported reasons why yawning takes place, it’s time for us to tackle some of the probable causes of yawning that tends to strike a lot:

See also  Prevention and Management of your Pet Dog's Fleas

There are a few other potential medical conditions behind why you yawn more than normal. Especially if your excessive yawning is accompanied by other signs and symptoms, make sure that you see a doctor.

Top 10 Herbs That Accelerate the Metabolism and Promote Weight Loss