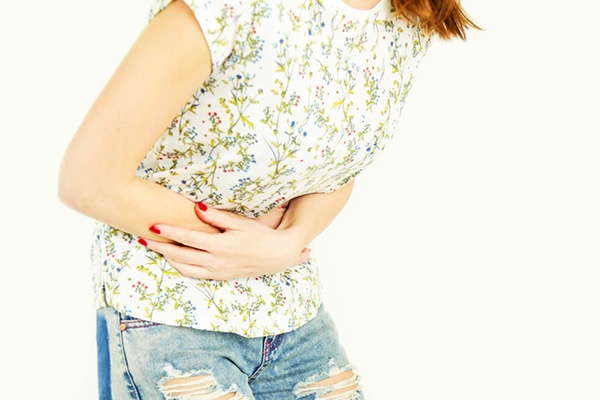 Tips on How to Protect Your Baby from Second Hand Smoke

In women, the reproductive system is situated in the pelvic area. This is the reason why pelvic pain — pain in the lower part of the abdomen, from the belly button to the groin — is more often than not associated with problems concerning the various organs of reproduction.

However, it’s important to note that it’s also in the same region where a chunk of the GI tract and urinary system can be found, so in some instances pelvic pain has nothing to do with the female reproductive health.

So if you’re a woman and right now you are experiencing some type of pelvic pain, keep on reading — below you will come across some of the most common reasons for your pelvic pain.

Did you just have your period? Then don’t panic if there’s pelvic pain around — doctors say that it’s completely normal for more than 50 percent of women to experience pain in the pelvic area for 1 to 2 days during their menstrual cycle.

Pelvic pain that’s brought about by your menstrual cycle tends to be poking or cramping, and it commonly strikes as soon as you get your period. The use of a heating pad or intake of OTC pain relievers is usually enough to provide you with much-needed relief.

It’s also very much possible for you to experience pelvic pain somewhere in the middle of your menstrual period. It’s what health authorities refer to as mittelschmerz, which is a fancy German term that translates to mid-cycle or ovulation pain — pain encountered while you are ovulating.

This particular cause of pain in the pelvic area usually strikes about 14 days before you get your next period. Pain caused by mittelschmerz tends to be one-sided, and it usually lasts anywhere from a few hours to a couple of days. At times it may also bug a woman until her next menstrual cycle.

Some forms of sexually transmitted diseases such as chlamydia and gonorrhea can cause serious complications, and one of those is what’s referred to as pelvic inflammatory disease or PID. Put simply, it is an infection of the womb that can cause damage to neighboring tissues.

What makes PID a very serious matter is the fact that it can increase a woman’s likelihood of becoming infertile — in fact, health authorities say that 1 in 8 women who are suffering from PID have a difficult time getting in the family way.

We all know that the kidneys remove anything in the blood that’s deemed unnecessary by the body, and excess calcium is one of those. Sadly, there are times in which calcium can collect in the kidneys or bladder, forming urinary stones.

READ  Prevent Colds and Flu by Washing your Hands

The presence of urinary stones can cause pain anywhere from the back to the groin, depending on where they are located. It’s possible for small urinary stones to pass naturally. Large ones usually entail taking certain medications or undergoing medical procedures like shock wave therapy and surgery.

Short for urinary tract infections, UTIs are far more common in women than in men due to matters that have something to do with the human anatomy, in particular that of the reproductive system. And also, UTIs are some of the most common causes of pelvic pain in women.

Everyone knows that UTIs are bacterial infections due to the entrance of rectal, vaginal and even skin microbes to the urinary tract. Although UTIs tend to clear on their own after a few days, in some instances a course of antibiotics is warranted.

A digestive system-related matter that involves the large intestine, IBS stands for irritable bowel syndrome. It can cause all kinds of symptoms such as bloating, excess gas, changes in bowel movements, fatigue, insomnia and pain anywhere in the abdomen including the pelvic area.

It is after consuming trigger foods when IBS strikes. Some examples of those include fatty, greasy and fibrous ones. The intake of alcohol, coffee and carbonated drinks is a culprit, too.

WARNING: None of the information above should be mistaken for professional medical advice. If your pelvic pain continues to bug you after a few days, make sure that you seek the help of a doctor.