Foods that Cause Body Odor 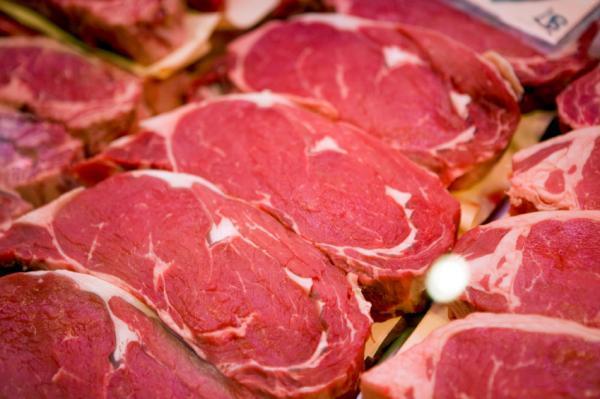 Genetics determine more than your eye or hair color. Your genes also drive your “odor signature,” the smell you naturally emit from oil and sweat glands when you’re at rest, physically active or exercising.

The fermentation of your perspiration by naturally occurring bacteria on your skin produces the distinctive scent we less generously call body odor, says Dr. Debra Jaliman, a dermatologist, spokesperson for the American Academy of Dermatology and author of Skin Rules: Trade Secrets From a Top Dermatologist. We each have a distinct combination of bacteria — about 1,000 types live in human sweat glands — and therefore, our own unique smell.

Age is believed to alter body odor. Researchers have not pinned down the mechanism, but one theory is as we get older, the activity of our bacteria changes, affecting our natural odor.

But along with DNA and age, Jaliman says, what we eat can have a major impact on our scent, at least temporarily. While most of us understand that consuming garlic or onions will affect our breath, we might not realize that such foods as broccoli and red meat can significantly raise the volume on body odor.

Here are five types of foods or diet regimens known to alter your natural aroma.

The issue with these cruciferous vegetables is their sulfur, which your body breaks down into compounds that are actually similar to those responsible for the smell of rancid butter. “These compounds are absorbed into the body and secreted in sweat,” explains E. Adam Kallel, a medicinal chemistry consultant at Victrix Computational and Medicinal Chemistry Consultancy in Carlsbad, Calif. Your body odor can change for the worse as early as one hour after consuming these vegetables, he says. The scent associated with one serving should dissipate within six hours.

Despite the olfactory risk, Jaliman says, “Cruciferous vegetables are very healthy and you shouldn’t avoid them based on a little body odor.” To minimize the effect, parboil these vegetables in water seasoned with a pinch of sea salt. This process can remove much of the odor-producing chemicals while retaining the foods’ beneficial compounds.

The amino acids in red meat leave a residue in your intestines during digestion. Intestinal enzymes break down that residue, which then mixes with bacteria on your skin during perspiration and intensifies your odor. It’s an effect that’s hard to avoid: Since meat is harder to digest than other foods, Kallel says, your body has to work harder to process it. “As a result,” he says, “your sweat glands may respond by secreting more perspiration.”

Being aware of the timing of your amplified aroma is the best way to try to manage it. “The bacteria need a couple of hours to ramp up to their most odiferous point,” Kallel says. “You can smell worse within two hours of eating red meat.” Depending on your personal body chemistry, the change in the scent of your sweat brought on by meat consumption can be minimal or can linger for a few hours up to as long as two weeks.

There’s no question about the health benefits of consuming fish. Years of research have shown that omega-3 fatty acids, commonly found in fish oil, are essential for brain function and play a key role in reducing one’s risk of heart disease. Two fish-based meals a week has become a commonly accepted guideline. But choline, a member of the B-complex vitamin family that is found amply in fish like tuna and salmon, delivers a natural fishy smell.

Some people, Kallel says, may secrete choline in their sweat for up to a day after eating a serving of fish, potentially producing a strong body odor. In a small number of people, consumption of foods containing choline and carnitine, including fish, meat and eggs, can contribute to trimethylaminuria, or “fishy odor syndrome,” which can be treated by dietary change and antibiotics.

The mechanism for this food-odor connection has not been pinned down by researchers, Jaliman says, but the refined sugar content of junk foods, as well as their high glycemic index (a measure of how different carbohydrates raise blood sugar levels), are likely to blame. It’s thought that the sugar present in the blood after eating junk food alters the make-up of perspiration in some people when it combines with bacteria on the skin, leading to changes in odor. Processed foods also lack chlorophyll, the chemical that gives vegetables their color and acts as a deodorizer and cleanser in the body, neutralizing the bacteria that causes BO.

“After a week of abstaining from such food, the odor should go away,” Jaliman says — a problem if you’re a daily processed snack consumer (which, of course, you shouldn’t be).

High-carb processed foods can turn up your odor, but low-carb diets are also a problem for some. When you cut back on carbohydrates, your body has fewer carbs to burn for energy and starts burning fat instead. This is why low-carb diets can deliver weight loss — and body odor. “When you burn fat,” Jaliman says, “your body produces a chemical that can make perspiration smell either like nail polish remover or fruity.” This is not a problem for everyone, and affects some people in different ways. “The exact alteration to the natural body odor depends on a person’s body chemistry,” she says.

It can take several days after starting a low-carb regimen to notice a difference in your scent, but Jaliman says that if and when the change takes effect, it will likely linger as long as you remain on the diet. If the effect is pronounced, she suggests, speak to your doctor about adjusting your diet.

Weighing the Pros and Cons of Exercising