Is Tilapia Good or Bad for You? 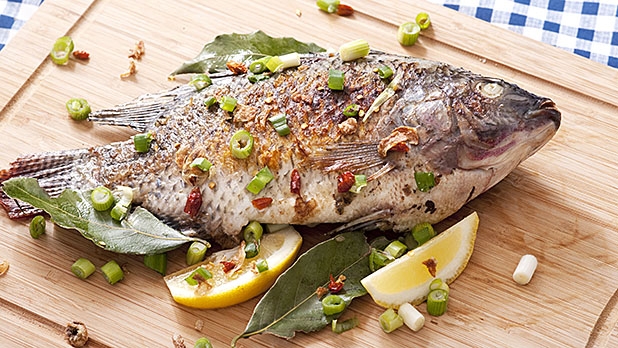 Reasons for You to Have Bone Broth

Tilapia is a freshwater fish that is native to Africa as well as the Middle East. Since it is highly suitable for farming, it is now widely available as food in so many parts of the globe. With a staggering assortment of tilapia recipes available on the internet currently, it doesn’t take a rocket scientist to know that this farmed fish is highly popular.

However, you might have read somewhere or someone you know might have told you that tilapia is unhealthy. Using your favorite search engine site may take you to several different articles, with some saying that the fish under the spotlight is good for you while others are suggesting that you should stay away from this particular fish.

So, is tilapia good or bad for you? Let us put it this way: tilapia is not the healthiest fish on the planet, but it’s also not the worst fish that you can get your hands on. Continue reading to know some of the pros and cons of eating tilapia. Knowing them allows you to decide whether or not you should stop serving it on the table.

• Tilapia has a very mild flavor, which is a good thing for individuals who don’t really like the characteristic taste of your average fish. Due to the non-fishy taste of tilapia, it’s very easy for it to be incorporated in the diet. What’s more, cooking with tilapia is a delight. Thanks to its mild flavor, it is a highly versatile cooking ingredient.

• It contains very low amounts of mercury. A lot of people limit their intake of fish in order to minimize their consumption of mercury. While it’s true that there are significant amounts of mercury in swordfish, albacore tuna and other large varieties of fish, tilapia has it in minimal amounts. Mercury toxicity should be the least of your worries when eating tilapia.

READ  These are the Common Causes of Cold Sweats

• Eating tilapia won’t put you at high risk of having heart disease. Unlike most other sources of protein, this fish won’t leave your arteries clogged. That’s because 4 ounces of tilapia only contains 3 grams of fat and 1 gram of saturated fat. If you are looking for a healthy source of protein, look no further than a serving of tilapia.

• Tilapia is good for your figure. Since this fish supplies your body with good amounts of protein without a lot of saturated fats, it’s the one to include in your diet if you wish to slim down or maintain your ideal weight. In addition, tilapia contains only 120 calories per 4-ounce serving.

• Most tilapia being sold in the US is raised in a fish farm. This idea is frowned upon by many consumers who are particularly concerned with the environment due to wrong farming practices. However, not all fish farmers are opting for bad farming methods. The goal is to know where the fish you wish to purchase came from.

• Tilapia’s ratio of omega-6 fatty acids to omega-3 fatty acids is not that impressive. That’s because the said fish contains more omega-6 that omega-3, instead of the other way around. However, based on the omega-6 fatty acid content of tilapia discussed in the pros section, this is not entirely a bad thing.

Does the thought of having cancer scare you? What you should do is take the necessary steps to considerably reduce your chances of ending...
Read more
Home Remedies

If you don't drink alcohol excessively and you think you are impervious to having fatty liver disease, better think again. There are actually a...
Read more

Desk Stretches that Can Save Your Life