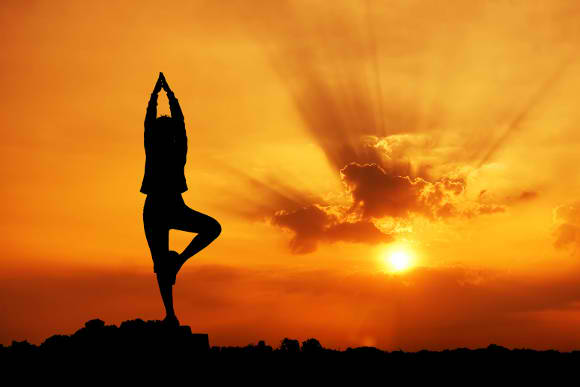 Whiten Underarms Fast with These Tricks

Master Bikram Choudhury, who is the innovator of hot yoga, basically created a series of 26 postures and 2 pranayama postures that needs to be done twice in a 90 minute session. Born in Calcutta in India, Choudhury was the yoga champion back in the days just like his wife, Rajashree. Bikram and his wife established the Yoga College of India in 1974 in Beverly Hills in California in order to share his yoga series that later became one of the most popular yoga asana styles in the West.

Bikram Yoga is comprised of 2 Pranayama exercises for breathing as well as 26 Hatha yoga poses that are created to give practitioners an invigorating, challenging, effective, and rejuvenating experience. Within the 90 minute class you will be working out every internal organ, joint, tendon, and ligament in your body to boost your entire well-being.

All Bikram Yoga classes are done in a room that is warmed to about 105 degrees with humidity levels of 40% for better flexibility. And because you are sweating, your body is also eliminating any toxins in your body. Although it may be uncomfortable at the start, the heat of the room will increase the benefits that you can get from the breathing exercises and postures.

Compared to other types of yoga out today, Bikram Yoga is by far the most challenging to practice not because the twists and bends of the postures but because this type of yoga is performed in a room that is heated. Although practicing yoga in a room with temperatures ranging from 95 to 100 degrees Fahrenheit sound like a real torture, it actually helps you get the most benefits out of Bikram Yoga.

Physiological Advantages of Bikram Yoga
Practitioners of Bikram Yoga are quick to say that their strength and health have improved with constant practice. One of the main reasons is that they practice in a heated area that helps blood circulation. The breathing exercises also help with the flow of oxygen to the body. What’s more, there are certain asanas or postures that block the flow of blood in certain areas for a full minute before being released along with new blood cells that have been created during the one minute lock up. Other postures in the Bikram Yoga are designed to help strengthen one’s balance while at the same time combining strength and flexibility in various degrees not to mention increasing one’s ability to concentrate as they hold the poses. Among the numerous physiological problems that have been alleviated through this type of yoga include cardiovascular diseases, spine alignment, blood pressure, osteoarthritis, rheumatism, diabetes, and others.

See also  Oral Thrush: What It is and How Can It be Remedied at Home?

Psychological Advantages of Bikram Yoga
The most amazing thing about practicing Bikram Yoga is not just having your health improved or the fact that you are losing weight but it’s about being able to survive in a heated room for 90 minutes while practicing the forms. Instructors of Bikram Yoga will easily point out that this type of yoga is not just challenging in terms of physically but mentally as well. You will be constantly pushed to go deeper into yourself just to be able to find the strength to hold the pose for another minute more and so on until you reach the Savasana or Corpse pose. Pride may be the one pushing you to finish a session of Bikram Yoga at first but sooner or later you’ll be doing it not for anyone else but for you and that is strength in itself. Practitioners of Bikram Yoga find this yoga to be helpful in enhancing their focus as the whole exercise teaches them to stay focused in order to perform the postures properly in a heated room.
Although there are many who tend to pass up Bikram Yoga due to its unbearable levels of humidity and heat, it is still one of the most popular yoga styles because of its numerous benefits not only for the mind and body but in spirit as well. As a matter of fact, all types of yoga are good for you. However, regardless of the kind of yoga you want to practice, you will need to have the proper commitment in order to get the full benefits of yoga.

For those who want to do Bikram Yoga, here are some reminders to keep in mind:
• Outfit – Wear something that is almost not there which is basically something light. Clothing that can absorb moisture or even has extra venting or mesh is also suitable in the heat. Stay away from cotton and other types of fabric that holds sweat since they can add to your weight. There is simply no reason why you should add more heat to your body. Clothing that fits your body perfectly can help reduce restriction as you move from one posture to another.
• What you should bring – Don’t forget to bring water. You need to drink a lot of water before, during, and after you practice Bikram Yoga so that you won’t feel dizzy due to the heat. You can also bring your own mat or borrow one from the class.
• What you should expect – You should keep in mind that you’ll be sweating in all parts of your body including areas that you’re not even aware of that you can sweat. Also, you should expect your class to be full with practitioners ranging from beginners to experts. You shouldn’t force yourself to go through all the 26 poses especially when your body can’t handle them yet. Rest if you need to.

20 Home Remedies You Must Know…

What to Eat to Get a Healthy Tan