According to a report published in the “Archives of General Psychiatry,” an estimated 14.8 million Americans ages 18 and older are affected by major depression every year.
Conventional treatment methods can be successful in treating most major depressive episodes — about 80 percent of people treated show improvement in about four to six weeks, reports the National Institute of Health — yet approximately 50 percent of patients stop therapy because of unpleasant side effects or other concerns such as fear of addiction to their drug therapy.

Yoga is a combination of postures, repetitive movements and breath work, and despite your thoughts that you’re not flexible enough to give it a try, flexibility is not the point of the practice. A study published in 2007 in the “Oxford Journals” found yoga to be a “promising intervention for depression.” As a complementary treatment during the study, yoga was found to reduce depression, anger and anxiety as well as neurotic symptoms and low frequency heart rate variability, which is a predictor of chronic heart failure. While not all mental health professionals agree that yoga on its own has the power to heal psychiatric disorders, most will recognize that yoga in addition to antidepressants and/or psychotherapy can be beneficial in reducing the symptoms of depression.

A study conducted by the National Institute of Mental Health (NIMH) and Neuroscience (in India) found that up to 73 percent of people who practiced a form of yoga called sudarshan kriya, where the emphasis is on breathing naturally through the nose with the mouth closed in three distinct rhythms, found relief from their depression.

Not all yoga is the same, so try out different styles to find which one is the right fit for you (for example, some classes and styles will include pranayama breath work). Practicing for 20 minutes a day, or at least three times a week, will give you the maximum benefits.

A strong mind-body connection may help us feel calmer and happier.
There’s no right or wrong way to mediate — it requires nothing more than a quiet location, a comfortable position, relaxed breathing and focusing your attention on something specific (your breath, a word or phrase, an object). Practicing meditation for just 15 minutes a day can help relieve symptoms of depression.

In a study published in 2006 in the “Journal of Clinical Psychology,” mindfulness meditation was found to show promise in reducing thoughts of suicide. And a study published in “Psychology Today” reports that neuroscientists have found that when we meditate, our brains shift activity from the stress-prone right frontal cortex to the calmer left frontal cortex. Overall, meditation appears to change our brain structure, specifically in regions that regulate our emotions.

Guided imagery is also helpful for reducing stress, coping with chronic pain, immune dysfunction, cancer, heart disease and other illnesses. It’s based on the idea that body and mind are connected — what your mind imagines, your body responds to as if the image is real. Instructors or scripts can help guide you (often through meditation or yoga techniques) and help you visualize your way to a relaxed state.

It’s not uncommon to hear doctors prescribe folic acid supplements to pregnant women. This is because it’s beneficial in protecting developing fetuses from neural tube defects and cleft palate, among providing other benefits to pregnancy. But what about using folic acid to relieve depression — is that done? Yes.

Folic acid is one of the B vitamins, which also include thiamine (B1), riboflavin (B2), niacin (B3), pantothenic acid (B5), pyridoxine/pyridoxal/pyridoxamine (B6), biotin (B7), cobalamins (B12), and choline. B vitamins help our bodies make brain chemicals (neurotransmitters) that help regulate our moods and transmit messages through our brain. All B vitamins play an important role in this but folic acid, B6 and B12 deficiencies, specifically, can affect the production of GABA (gamma-aminobutyric acid), serotonin and dopamine — low levels of these three neurotransmitters are linked to depression and other mood disorders.

A study conducted at the MRC Neuropsychiatric Research Laboratory and published in the January 2005 edition of the “Journal of Psychopharmacology,” for example, found that individuals with symptoms of major depression also had low levels of folate and vitamin B12. Another study, published in the journal “Biological Psychiatry,” found that 21 percent of depressed study participants had low levels of B6.

While most are still being studied, some natural remedies used to treat depression have shown they may be just as good as traditional antidepressant therapies, or at least a good compliment to traditional treatment. As with any form of treatment, talk to your doctor about your symptoms and the natural remedies you’re considering before you try them out for yourself.

Small clinical trials of treating depression with acupuncture therapy are finding that the ancient treatment may be a safe and effective alternative to pharmacological remedies.
According to a study funded by the National Institute of Health’s Office of Alternative Medicine conducted at the University of Arizona and published in the journal “American Psychological Society,” roughly 75 percent of women with symptoms of depression who were treated with individually tailored acupuncture sessions had relief from their symptoms after eight weeks. The study’s findings suggest that acupuncture therapy may be as helpful as drug therapy and psychotherapy are in alleviating symptoms of depression.

How does it work? Researchers found that depression-specific acupuncture triggers the release of certain chemicals in the brain, specifically norepinephrine, serotonin and dopamine — three neurotransmitters that alter our mood.

Did You Know?
According to researchers at the Stanford University School of Medicine, as published in the March 2010 issue of “Obstetrics & Gynecology,” women who are pregnant, suffering from symptoms of depression and adverse to being treated with antidepressants should consider acupuncture therapy. In their study, 63 percent of pregnant women who were treated with depression-specific acupuncture reported relief from symptoms.

What does the Mediterranean diet look like? It emphasizes eating monounsaturated fatty acids instead of saturated fatty acids (for example, choose olive oil over butter), lots of omega-3 fatty acids from fish, nuts and legumes, and B vitamins from fruits, vegetables and whole grains. Meat, dairy and alcohol aren’t forbidden but they aren’t the focus of this diet. And as for refined carbs and sugars, you’ll have to ditch them.

St. John’s wort is a plant-derived herbal remedy — a phytomedicine — that is believed to act as a natural remedy for mild depression. St. John’s wort contains hypericin and hyperfornin, which play a role in the flower’s pharmacological benefits. The way the remedy works is by inhibiting the body’s reuptake of certain chemicals in the brain — serotonin, norepinephrine and dopamine. Raising the levels of these biochemicals can help improve mood. Commonly prescribed antidepressants such as selective serotonin reuptake inhibitors (SSRIs) and serotonin and norepinephrine reuptake inhibitors (SNRIs) target the same neurotransmitters.

St. John’s wort is taken as an extract, often in teas and tablets. While it is thought to have fewer side effects than antidepressants, it’s not side effect free. For example, its side effects include dizziness, dry mouth and upset stomach. And, it can interact with certain prescription medications such as birth control pills and anticoagulants. Therefore, be sure to talk to your health care provider before adding St. John’s wort to your daily regimen.

Vitamin C is an antioxidant that many of us associate with curing the common cold. While it may not be the common cold cure we all hope for, it does help protect us from cancer, stroke and cardiovascular disease, and it is beneficial to our eye health and boosts our immune system. Vitamin C may also alleviate symptoms of depression — it plays a role in how our body synthesizes the neurotransmitter norepinephrine, a brain chemical that affects our mood.

Because vitamin C isn’t manufactured by or stored in the body, it’s important to increase your vitamin C intake by adding more fruits and vegetables to your diet including citrus fruits, strawberries, melons, pineapple, berries, bell peppers, tomatoes and dark leafy greens or by taking supplements.

Did You Know?
Health professionals recommend we eat 500 milligrams (mg) of vitamin C every day, but only an estimated 10 to 20 percent of adults get the recommended daily servings of fruits and vegetables (that’s nine servings, for those keeping count). One cup of orange juice provides 97 mg of vitamin C.

Ginkgo biloba is an herb that’s been used to treat a variety of conditions over thousands of years, including certain types of dementia. And currently, it’s being studied for its ability to reduce symptoms of PMS, altitude sickness, chemotherapy-induced end-organ vascular damage and symptoms of depression.

Ginkgo biloba may be effective in relieving minor depression in elderly individuals. It contains antioxidants that counter free radicals in the body and the effects of aging. Free radicals may adversely affect the serotonin receptors in our brains as we age, making the elderly a higher-risk for depression. Ginkgo biloba may help increase our serotonin levels and protein synthesis — a combination that may alleviate depressive symptoms in some people.

Symptoms of depression — from mild apathy to psychosis and even suicidal thoughts — may be related to a deficiency in magnesium. Magnesium is a mineral that our body needs to contract and relax muscles, and to produce protein and energy. It is also needed for bone growth and support.

While magnesium deficiencies are rare, increasing magnesium-rich foods in your daily diet could help boost your mood — and at the very least add a bounty of healthy foods to your diet. Choose foods such as seeds and nuts (pumpkin, sunflower and sesame seeds are good choices, as well as almonds and cashews), beans and legumes (black beans, navy beans, soybeans), dark leafy greens (spinach, kale, Swiss chard, and collard greens) and whole grains to up your magnesium intake.

Did You Know?
A study at the George Eby Research Institute found that when 125 to 300 milligrams of magnesium was given to patients with major depression at mealtime and bedtime, patients began to recover from their symptoms in less than one week.

While the link between exercise and alleviating symptoms of depression isn’t clear, researchers have found that regular exercise — 30 to 60 minutes of moderate exercise most days of the week — can lift mood, reduce stress and boost self-esteem as well as protect against heart disease, high blood pressure and cancer.

When we exercise, our body temperature rises, which calms us, and our body releases chemicals that make us feel good: endorphins and norepinephrine. It is these endorphins and norepinephrine that are released during exercise that scientists think have a hand in reducing depression. Endorphins make us feel good, they boost our immune system and they reduce our perception of pain. Norepinephrine is a neurotransmitter (a chemical our brain makes) that also helps to improve our mood.

Did You Know?
A study published in 2005 in the “Archives of Internal Medicine” reported that brisk walking 35 minutes a day, five times a week (or 60 minutes a day, three times a week) leads to significant reduction of mild to moderate depression symptoms. 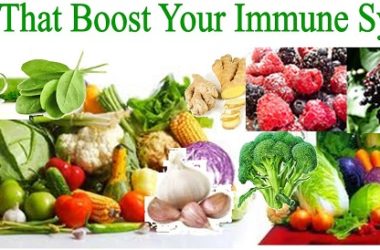 Foods that Boosts Your Immune System

If you are on the hunt for an effective and all-natural way to strengthen your immune system, step… 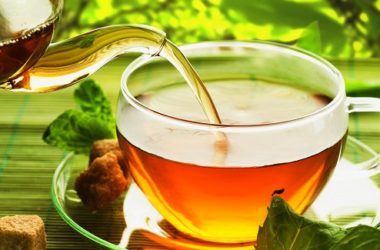 After consuming a table of dishes rich in proteins and fats, you feel uncomfortably bloated. You wish you… 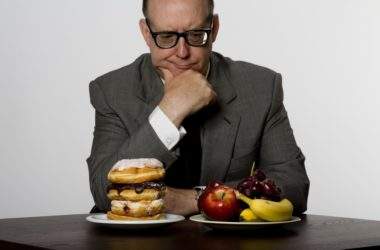