The Truth About Crossfit 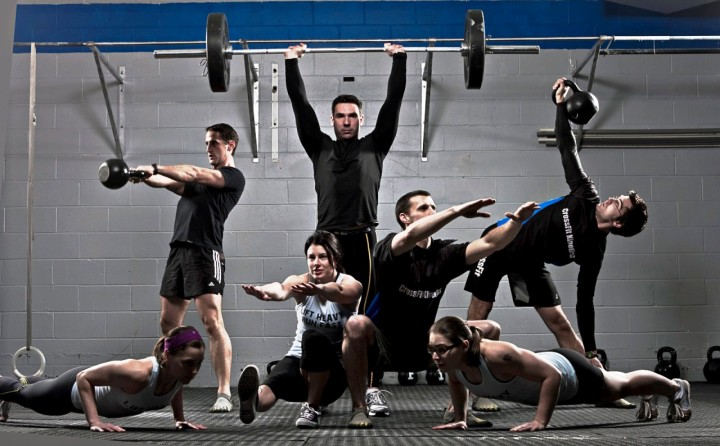 Yes, Crossfit seems to be taking the whole country by a storm. So what is the fuss really all about?  Here, you’ll understand what Crossfit is, how people benefit from it, and you’ll also be able to determine if it’s the right workout for you.

If you think that Crossfit is a specialized fitness program, well then think again. According to Greg Glassman, its founder and developer, Crossfit is apparently a deliberate attempt to maximize physical competence in 10 different but recognized fitness domains namely strength, cardio and respiratory endurance, flexibility, stamina, speed, power, coordination, balance, agility and accuracy. Crossfit coaches often point out that even the most notable champions in certain sports have gaps in their fitness as defined by the 10 domains mentioned previously. For example, a champion powerlifter may have extraordinary strength but often have very low endurance. A runner may be great in cardio and respiratory endurance, but lacks strength.  Even Ironman contestants score high in some areas but low on others.  Ergo, if you want to specialize in one fitness domain, then Crossfit probably is not the best workout choice to go for. Crossfit’s goal is to become at least “good” or “competent” in all of those fitness domains. A decent Crossfitter may not win a marathon, but sure as hell he can enter a 5K run without the sweat of training and probably finishes near the top. Crossfitter’s may not become top gymnasts but they can develop themselves to have great body control.

Crossfit’s goal is to provide you with overall fitness and functional strength. Its training methods are rigid definitely fits the philosophy of “training for the unknown and the unknowable”—a favourite motto amongst military and fire-fighting units, as well as other law-enforcement agencies and martial artists; it’s no wonder they’re being attracted into the fold. Crossfitters are not the strongest athletes out there, but they are definitely stronger than most. They’re not the fastest either, but they sure are fast. The Crossfitter’s claim to fame—their completeness. Yes, Crossfit have a lot of detractors too, pointing out that being competent in everything makes you good at nothing. A valid point really. Nonetheless, it doesn’t seem to bother the entire Crossfit community who are quite convinced that being skilled in all fitness aspects makes them better and well-rounded.

The question remains—will Crossfit turn out to be a fad which will fade in a few years or so? No one knows. Maybe, maybe not. But right now, the Crossfit “cult” as other people refer to it, is really going strong.  Gym owners are all agog in getting into the bandwagon, not minding the $1,000 affiliation fee per year (on top of the $1,000 certification fee—a pre-requisite before becoming an affiliate).

These Crossfit affiliates may vary; some are very expansive, with top-dollar facilities, while the others are simply set-up in garages in some suburban neighbourhoods.  A lot of people say that the massive rise in popularity of Crossfit may cause the deterioration of its quality.

Looking at the present time, in the United States alone, more than half of the entire population is either overweight or obese.  Kids are suffering from illnesses which have been brought forth by lack of movement and activity.  Getting those facts laid out on the table, it seems ineffective and even counter-productive to get into debates as to which exercise style works best.  Preferences set aside, everyone should just be glad that there are a lot of people who are stepping into a gym of any kind. So, is Crossfit the only training exercise you’ll ever need? The answer is NO.  In fact, even veteran Crossfitters can acknowledge that fact.  Is CrossFit a challenging yet fun and effective training method? The answer—a resounding YES, but only if its benefits suits what your goals are. If your fitness goals match with theirs, then by all means, indulge.

Home Remedies to Get Rid of Dark Neck

6 Easy Ways to Weight Loss after Becoming a Mother