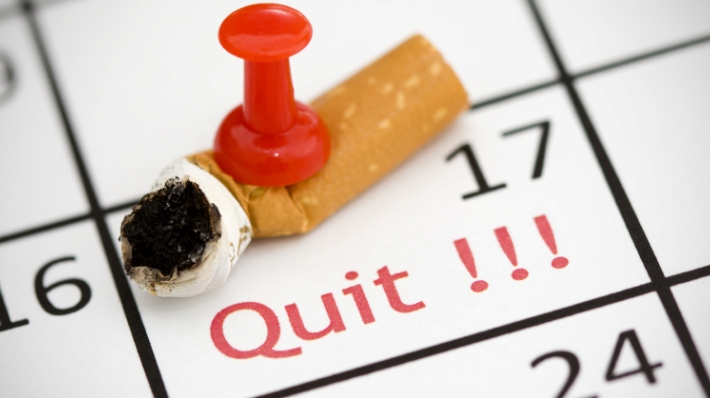 Signs That You Are Not Getting Enough Calcium

The US Centers for Disease Control and Prevention (CDC) says that smoking is one of the principal causes of preventable death. Smoke emitted by a lit up cigarette, according to the experts, contains over 7,000 chemicals. A lot of them are poisonous, with some known to cause various types of cancer.

It is said that smoking considerably increases your risk of suffering from over 50 health conditions, many of which are very serious. Being a non-smoker does not exempt you from potentially having these life-threatening problems — exposure to secondhand smoke is just as bad as being a smoker yourself!

The following are some of the complications of smoking:

Smoking causes the blood vessels to constrict, which hampers the flow of blood alongside the distribution of nutrients and oxygen to your eyes. This is the reason why your chances of ending up with poor eyesight, cataracts and macular degeneration are greatly increased if you’re a smoker.

Smokers and non-smokes alike, according to the experts, are at high risk of coronary heart disease, heart attack and stroke. The entire cardiovascular system can be affected by smoking in all sorts of negative ways.

Atherosclerosis, which is the deposition of plaque and cholesterol in the arteries, is one of the effects of smoking on the cardiovascular system. Another one is peripheral artery disease caused by the restriction of blood flow to the limbs or extremities. Then there’s also the increased risk of blood clot formation and weakening of the walls of the blood vessels, both of which can lead to stroke.

It is also said that long-term smokers may develop leukemia — cancer of the blood. What’s more, nicotine in smoking is said to cause the blood sugar level to spike, which could mean trouble for diabetics as well as those without diabetes.

You are more prone to getting cough, colds and other respiratory infections because smoking damages the ability of the lungs to filter microbes and toxins in the air you breathe. Smoker’s cough, which is a persistent type of cough, simply cannot do much to get those impurities trapped in the lungs and airways.

The bad habit also puts you at risk of developing various forms of chronic obstructive pulmonary disease (COPD). One example is emphysema, a condition wherein the air sacs that permit the entry of oxygen in the bloodstream and removal of carbon dioxide in it, are damaged. Another form of COPD a smoker may suffer from after some time is bronchitis. This condition involves the inflammation of the bronchial tubes in the lungs.

READ  12 Exercises You Can Do Anywhere

Chronic smokers are definitely at high risk of developing lung cancer — the leading killer cancer in the US. Health authorities say that the offspring of smokers are more prone to having all sorts of problems with the respiratory system such as asthma, pneumonia and bronchitis.

The reproductive health of men and women who smoke are also placed in peril. Smoking may cause both sexes to have difficulty in attaining orgasm, and also increase the likelihood of infertility.

Smoking men may have a hard time getting an erection. This is brought about by the negative impact of smoking on the blood vessels, which hampers the flow of blood to the penis.

According to health authorities, women who smoke are at high risk of having cervical cancer as well as early onset of menopause. Pregnant mothers who are smokers or non-smokers exposed to secondhand smoke are likely to experience more complications such as miscarriage and premature delivery. It is also said that the babies of women who smoke while pregnant are more prone to having birth defects, low birth weight, infections and sudden infant death syndrome (SIDS).

There are many types of cancer that may strike the digestive system, and being a smoker puts you at high risk of developing them. They include cancer of the oral cavity, larynx and esophagus. Experts say that smoking puts you at risk of having acid reflux or gastroesophageal reflex disease (GERD). It also causes an increase in the blood glucose level and insulin resistance, making your chances of developing type 2 diabetes very high.

It’s no secret that smoking makes your breath reek and leaves your pearly whites stained. Other than these things, the bad habit may also leave you with mouth problems such as periodontitis (gum infection), gingivitis (gum swelling), tooth decay and tooth loss.

Food to Avoid If You Have Asthma

The Different Stages on How to Make Exercise a Habit