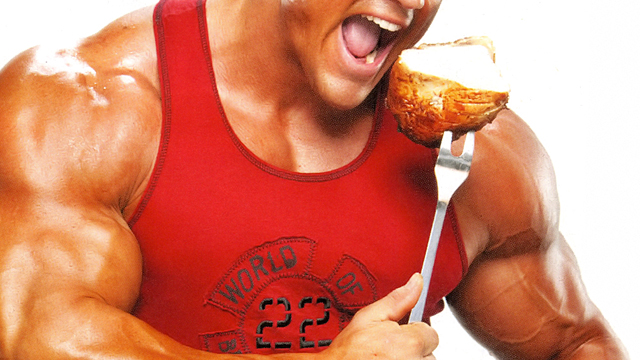 15 Best Diet Tips You Should Try

The Many Benefits of Eating Brussels Sprouts

How To Exfoliate: Best Exfoliating Tips for the Face and Body

In the field of health and fitness, protein is one of the essential macronutrients that help a person have a lean body. Along with eggs, nuts, and broccoli, chicken is one of the best protein sources, among others. But some people think of some ways on how they can add spice and flavor to a chicken dish, such as grilled chicken. The following are some chicken meal recipes one can prepare to enjoy his meals and maximize his gains at the same time.

While chicken breast stands as the top choice among the chicken parts, a person can still prepare a healthy dish, utilizing chicken wings. A case in point is the savory “cold brew wings.” According to Body Building, the dish is coffee-inspired and blends ingredients like cayenne, smoke paprika, and coffee beans, which also provide energy, along with coconut sugar and cinnamon, for an extra tinge of sweetness.

The ingredients for the savory dish include chicken drummettes, 1/3 cup of coffee beans, two tablespoon of smoked paprika, a teaspoon of cayenne, a tablespoon of cinnamon, 1 1/2 tablespoon of coconut sugar, two tablespoons of extra virgin olive oil, lime, and sea salt crystals. To prepare, the oven is set to 420 degrees Fahrenheit. Then, the wings and skin from the drummettes are trimmed with a sharp knife or food scissors. It is a good practice to decrease the amount of calories and be careful not to reduce protein. Then, the ingredients are added into a food processor and are blended until they become fine. After that, a pound of the wings is put in a large bowl and a tablespoon of the rub mixture is added to it. Then, half tablespoon of olive oil, along with sea salt and pepper, is added and mixed with the chicken in the bowl. A good practice here is to continue mixing until the chicken wings have been coated. After that, the wings are placed on a baking rack or a nonstick baking sheet and is cooked for about 35 minutes. As per the publication, cooking times may be altered depending on the amount of chicken.

Lemon Chicken and Potatoes in Foil

Lemon is also an interesting choice in chicken meals, as the citrus fruit adds natural zest and flavor to the poultry dish. According to Muscle for Life, the ingredients include three tablespoons of extra virgin coconut oil, a tablespoon of Dijon mustard, a tablespoon of whole grain mustard, half teaspoon of dried thyme, one-fourth teaspoon of dried rosemary, lemon, salt, ground black pepper, two tablespoons chopped fresh parsley, a pound of baby red potatoes (halved), and four boneless chicken breast. To prepare, the oven is preheat to 375 degrees Fahrenheit. Then, the olive oil, mustard, thyme, rosemary, and lemon zest are combined in a small bowl. Salt and pepper are also added to taste and the resulting mixture is set aside. Then, four sheets of foil are cut to about 12-inches long. After that, the potatoes are divided into four equal portions and are added to each foil’s center in a single layer. Then, all four sides of each foil packet are folded up, with the remaining tablespoon of olive oil, salt, and pepper drizzled and tossed to taste. Each packet is topped with chicken and the mustard mixture is added into both sides of the chicken. Then, the lemon slices are topped on the chicken. The sides of the foil are folded over the chicken, covering it completely and sealing the packets closed. Then, the foil packets are placed in a single layer on a baking sheet and are put into the oven and baked until the chicken is cooked through and the potatoes are tender. This is done for about 25 to 30 minutes. Parsley can be garnished on the dish, if desired.

READ  17 Health Habits You Contribute to Damaging Your Skin

Aside from the aforementioned recipes, a person can maximize his muscle games through consuming other protein rich food selections, controlling carbohydrate and fat intake, consistent training, and adequate sleep.

Previous articleRecipes for dry skin
Next articleExercises that Strengthen the Legs

How To Achieve that Younger Looking Hands