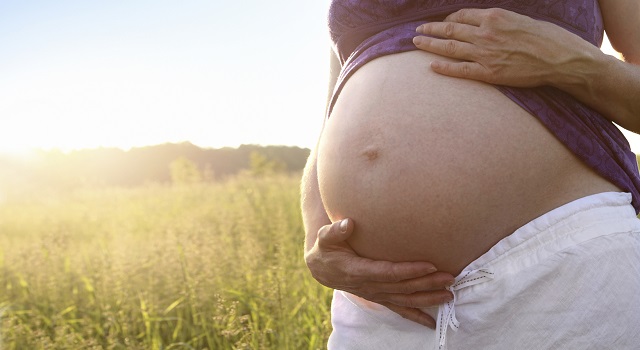 Check Out Why Chowing on Chicken is Good for You

Pregnancy is a wonderful thing. But it also tends to bring not-so-wonderful skin changes. If you’re on the family way, the following are some issues concerning the skin that you are likely to encounter until your little bundle of joy comes out:

Pimple-Like Eruptions
You may notice red and raised patches on your abdominal area, buttocks, thighs, and upper and lower extremities. Closely resembling body pimples, these itchy eruptions are actually called pruritic urticarial papules and plaques of pregnancy or PUPPP for short. They tend to surface during the end half of your pregnancy and always disappear on their own shortly after giving birth. Aside from being unsightly and itchy, PUPPP won’t harm you or your baby.

Acne
Whether or not you were bugged by acne during your teens, it’s not unlikely for this bothersome skin condition to show up during your pregnancy. The sad thing is it’s not recommendable to deal with it using strong chemicals and exfoliating products as the skin of a pregnant woman tends to be very sensitive. Also, there are topical acne medications that are a complete no-no during pregnancy. After giving birth, acne will gradually disappear as your hormones go back to normal.

Dryness and Itchiness
Some skin areas that get stretched as your belly grows tend to become excessively dry and flaky. Needless to say, they leave you feeling itchy. Aside from the abdomen, bothersome dryness and itching tend to develop on the thighs and hips as well. Moisturizing these areas can be very helpful. Having an oatmeal bath too is highly recommended.

Skin Tags
Also known as cutaneous papilloma or acrochordon, skin tags are small polyps that show up in areas where there’s constant friction going on — skin to skin or skin to fabric. They commonly develop between the folds of the neck, under the arms, or on chest areas where bra lines rest. Skin tags are harmless because they are simply excessive growths of the skin’s topmost layer. Months after delivery, they tend to go away. However, you may also choose to have them excised by your doctor at any given time or day if you find them too annoying.

Spider Veins
Increased blood volume and hormonal changes can cause those capillaries found directly below the skin surface to become more visible. Spider veins are called as such because they indeed closely resemble spider webs. Squiggly and red or purple in color, they tend to appear on the face as well as on the sclera, the white part of the eyeball. Spider veins tend to disappear on their own as your blood volume and hormones return to normal. However, some of them may not go away, such as those on the on the legs or trunk. Sclerotherapy or injections for varicose veins work on spider veins too.

Linea Alba / Linea Nigra
Women naturally have a very faint white line running from their belly button down to the middle part of the pubic bone. This is called linea alba, something that tends to darken considerably especially during the second trimester of a woman’s pregnancy. It is then called linea nigra, something that is usually darker in women with naturally dark skin tones. Worry not because it tends to vanish on its own months after giving birth to your little bundle of joy.

Chloasma
Also known as the mask of pregnancy, chloasma is a skin condition which causes dark patches to appear on the forehead, nose, upper cheeks and chin. This is because the production of melanin is accelerated by your hormones. An excellent way to keep chloasma to a bare minimum is by limiting your sun exposure to prevent the production of even more melanin.

Further Darkening of Dark Areas
Due to hormonal changes going on, there will be a lot of darkening that will take place all over your body. Your nipples and areola will get darker. So will birthmarks, freckles and moles. It’s even possible for new moles to surface. The good news is all of them will get return to their original color after giving birth, although the areola may remain darker than normal.

Cashews Are A Natural Anti-Depressant

What You Need to Know About Systemic Actinomycosis