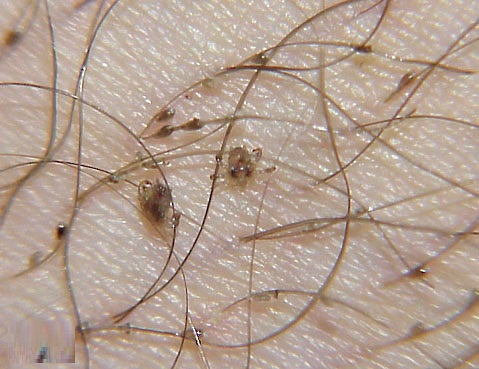 Replace Your Favorite Sodas with These Delectable Fruit-Infused Water Recipes

Pubic lice are tiny critters that tend to live on coarse human hair. This means that it can be found not only in pubic hair, but also armpit hair and even the eyebrows. You may already have it but not know about it because the various signs and symptoms tend to show up several weeks after getting infected with them. Pubic lice can be spread from person to person by means of close body contact, usually through having sex with an individual who has them.

You may also get pubic lice by sharing clothes and towels with someone who is infected. Although non-life threatening, complications may arise when you end up scratching the infected area, causing skin irritation that get infected. It is also a possibility for eye problems to occur if those tiny insects are present in the eyebrows or eyelashes.

Treating pubic lice is done with the use of medicated lotion or shampoo prescribed by a doctor. In order to avoid being infected with it, refrain from having sexual contact with someone with pubic lice. Sharing of some personal items that come into contact with your body is also a no-no.

By the way, pubic lice are more commonly known as crabs. Let us take a closer look at this health problem that can cause severe itching as well as embarrassment:

Signs and Symptoms of Pubic Lice

As mentioned earlier, the signs and symptoms of pubic lice tend to appear several weeks after being infected with them. Definitely, you will experience severe itching in the affected area. Because of scratching, it’s not unlikely for the said area to end up irritated, potentially getting infected which can only add to your problem.

You may notice bluish spots on the affected area, which are telltale signs that there are pubic lice thriving in there. Your underwear may seem to have dark-colored powder in it. Usually, you may also see tiny spots of blood on your underwear.

Places Where Public Lice May Strike

Contrary to popular belief, those creepy crawlers can thrive in many other areas of the body aside from your pubic area. Basically, crabs can nest and live in places where there’s coarse hair similar to your pubic hair.

Very rarely, pubic lice may infect your eyebrows and even eyelashes, which may increase your likelihood of ending up with conjunctivitis or blepharitis, both of which are infections of the eye. Pubic lice may also live in hair in your armpits or on your legs. Hairy men may have these tiny insects in their chest and back hair, as well as beards and mustaches.

See also  Using the Different Senses to Strengthen the Body

It’s important to note that pubic lice are entirely different from lice that thrive on your scalp. Also, because crabs cannot jump or fly, they can get from body hair to body hair by means of crawling only.

Before learning about how pubic lice can get from one person to the other, there’s one very essential matter you need to know about it: crab infestation is not associated with poor personal hygiene. This means that you may still get it even if you consider yourself to be the cleanest person on the planet.

You could be infected with pubic lice if you have body contact with someone who has them, such as having sex with the person. Using the towel, underwear, clothes and beddings of an infected individual may cause you to end up with pubic lice. Trying out swimwear in the department store may also put you at risk.

As soon as you realized that you have pubic lice, see your doctor right away. It is also a good idea to be tested for various forms of sexually transmitted infections (STIs) eseopcially if the problem is acquired through sex.

The examination of the affected area with a magnifying glass allows a doctor to identify the presence of pubic lice. Once their presence is confirmed, you will be prescribed with medicated lotion or shampoo. In case those tiny insects develop resistance to the medication, a doctor may prescribe a stronger alternative.

Why you should stop biting your nails