Tomatoes are some of the most frequently seen in the fruit and vegetable section in the supermarket. With the scientific name Solanum lycopersicum, it comes from Central and South America and its name was derived from the Spanish word “tomate,” which came from the Nahuati word “tomati.”

As a food, tomato is used in various dishes, salads, sauces, and drinks. Aside from the taste that it gives to various meals, it is also packed with several health benefits.

Tomato does good things to the body. According to Organic Facts, the red orange food promotes digestion and facilitates blood circulation. Also, it decreases bad cholesterol levels in the blood, promotes fluid balance, and defends the kidneys. Along with its anti-oxidants, tomato also helps the liver detoxify the body; thus, it can also delay the onset of aging signs.

Just like other fruits and vegetables, tomatoes are rich in antioxidants. According to Organic Facts, it has the antioxidant lycopene, which has been proved as effective in fighting free radicals and other harmful substances. Being able to combat such health antagonists, lycopene in tomatoes can help prevent the development of cancer, specifically breast, cervical, prostate, stomach, rectal, esophageal, and pharyngeal, as per the studies published by the Harvard School of Public Health.

Tomatoes can help prevent the development of diabetes and heart diseases. According to Medical News Today, studies revealed that people with diabetes mellitus type 1 who consumed tomatoes had decreased blood sugar levels while those who have diabetes type 2 had improvement in their blood sugar, fats, and insulin levels. Tomatoes secret here is fiber. As per the publication, a cup of cherry tomatoes contains about two grams of fiber and it is known that fiber acts as sweep; it facilitates proper digestion and it acts as sweep to eliminated the unwanted substances from the body.

Since tomatoes help promote proper blood circulation, it also aids facilitate effective tissue perfusion, which includes the heart. Ineffective tissue perfusion secondary to presence of blood clots or fats inside the blood vessel walls, as well as increase in blood sugar, is the main cause of heart attack. Aside from fiber, tomatoes also have potassium, vitamin C, and choline. According to Vanderbilt Medical School associate clinical professor of medicine and Hypertension Institute director Mark Houston, a boost in the potassium level, neutralizes the levels of sodium in the body. He indicated that it was the most vital dietary change a person could do to decreases the chances of having a cardiovascular disease. Vitamin C is linked with collagen formation, which helps it repair damaged tissues and cells; thus, it can heal damaged vessels and cardiac tissues.

Aside from the water-soluble vitamin C, tomatoes also have vitamins A and K. According to Best Health Magazine, vitamin A is responsible for healthy hair, skin, bones, teeth, and mucus membranes. It is known that this vitamin is mainly known for boosting the eyes’ vision and a cup or 250ml of chopped tomatoes contain more than half of its recommended daily amount for women.

Tomatoes can be combined with other fruits and vegetables, just like in Heirloom Tomato Salad with Rosemary. As per All Recipes, the ingredients include three large heirloom tomatoes, three small heirloom tomatoes, oregano, one-fourth cup of extra virgin olive oil, two tablespoons of rice wine vinegar, a spring of fresh rosemary, salt, and pepper.

To prepare, the olive oil, vinegar, oregano, and  rosemary are whisked together in a large bowl. Then, the tomatoes are added and are tossed until evenly coated. Then, the salad is covered and chilled in the refrigerator for 10 to 15 minutes. After that, it is seasoned with salt and black pepper.

Overall, tomatoes stand as some of the most commonly used ingredients in the kitchen. Aside from its appealing color, it is packed with several vitamins and minerals that boosts the body’s health. Thus, it is practical to add tomatoes in a dish that needs them. 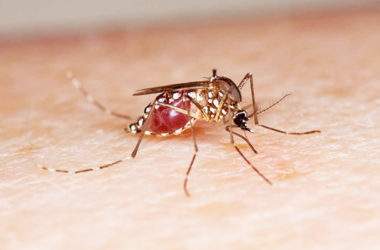 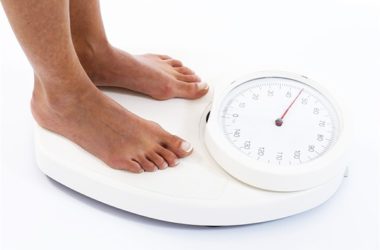 8 Things You Don’t Need to Do to Lose Weight

When it comes to weight loss, you’ve probably received dozens of tips from family and friends. Among these…

Do you feel like your sex drive just isn’t what it used to be? You aren’t alone —…