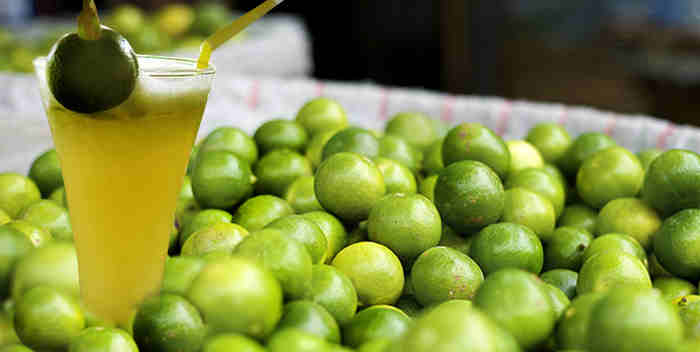 A Beauty Must-Have: Skin and Hair Benefits of Mustard Oil

Calamansi is native to Southeast Asia. Coming from trees with the same name, it is a tropical lime that’s known for its incredibly sour yet highly nutritious juice. Elsewhere on the planet, calamansi is known as “calamondin” and its tree is cultivated primarily for ornamental purposes.

In countries where it comes from such as the Philippines, calamansi is often turned to juice as well as used as an ingredient in various dipping sauces. It is also revered for its so many health benefits, ranging from a stronger immune system to a healthier gut. Additionally, calamansi is often used for beauty purposes, thanks to its superb skin-lightening properties.

Despite of its really sour taste, this exotic fruit won’t strike a sour note because of its impressive roster of health and beauty benefits. Continue reading to know some of the reasons why you should get your hands on some calamansi now!

Calamansi Helps Give You a Winning Smile

Due to its loads of vitamin C, calamansi can help make your teeth as well as gums strong. By regularly consuming calamansi in juice form, you will find it easier to keep your gums healthy and your teeth looking amazing. Remember to go easy on the sugar when making calamansi juice. It’s a good idea to sweeten every serving with honey instead.

It Makes Your Immune System Strong

Are you prone to having infections and diseases? You may simply need to increase your intake of vitamin C to make your immune system stronger. An exciting and truly refreshing way to bolster your immune system is by consuming vitamin C on a regular basis. The superb amounts of vitamin C in it can lower your chances of suffering from various maladies.

For centuries now, traditional healers in Southeast Asia use calamansi for treating individuals who are suffering from upper respiratory tract infections such as cough and colds. It also given to people with asthma as it’s known to help keep the airway from being inflamed. Drinking warm calamansi juice is also good for a sore throat.

Drinking it Helps Neutralize Toxins Within You

Lemon juice is a well-known detoxifier. Since calamansi is related to lemon juice, you may also rely on this very sour tropical fruit if you want to zap those poisonous substances that have accumulated within. Something as simple as enjoying a glass of calamansi juice daily is a wonderful way to have your body detoxified.

Calamansi Helps in Warding Off Inflammation

Due to the impressive amounts of antioxidants it contains, calamansi may help in preventing inflammation and ultimately all sorts of health conditions associated with it. Some of the problems associated by medical authorities with inflammation include fatigue, insomnia, obesity, diabetes, arthritis, osteoporosis, cancer and heart disease.

Regular Consumption of It Makes You Look Young

Vitamin C found abundantly in calamansi helps make your skin look amazing in a couple of ways. First, vitamin C is an antioxidant that helps combat free radicals, thus saving your skin from premature aging. Second, it is important for collagen synthesis. A type of protein, collagen makes your skin soft and firm.

It Can Help Deal with Acne and Pimples

Daubing freshly-squeezed calamansi juice on pimples is a great way to make those blemishes dry up in no time. It’s also the perfect solution if you are bugged by acne. As mentioned earlier, calamansi has anti-inflammatory properties, and this is the reason why it’s very good against acne. Antioxidants in calamansi also help reverse skin damage due to acne.

Got dark, unsightly scars left behind by pimples, acne, scrapes and cuts? Worry not because many swear by calamansi juice’s effectiveness against blemishes and even freckles. A slice of calamansi may also be rubbed on dark elbows and knees. You may also do the same on unflatteringly dark buttocks and bikini line.

Tips on Sleeping Well as You Get Older