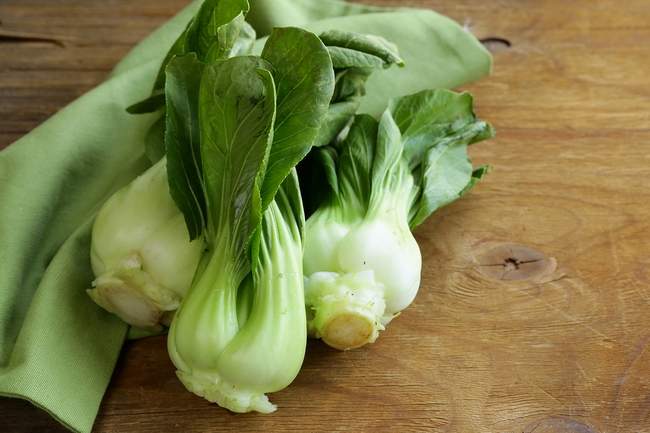 What Should You Do After Stubbing a Toe? Here are the Steps

10 Ways to Get Rid of Gingivitis

Top Foods to Eat During Your Period

Bok choy, also called pak choi, is a Chinese cabbage variant. Native in Southern China and Southeast Asia, the plant is also grown in Northern Europe. As a vegetable, it also has various benefits to health.

Bok choy is rich in vitamins and minerals. According to World’s Healthiest Foods, the vegetable contains vitamin A, B, C, and K. Vitamin A is vital to the eyes’ vision, as well as to the maintenance of healthy skin and mucus membranes. Vitamin B, on the other hand, is essential to the nervous system’s function, which includes mental processes, such as learning, thinking, and memory. A vitamin B variant, folate, is also important in fetal development during pregnancy, as it prevents the occurrence of neural tube defects in babies. Vitamin C is known for its capacity to raise the body’s defenses against sickness-causing germs, as well as promote the function of the substance called collagen. Collagen helps bind loosely connected cells and tissues and consuming it in supplement form delays the signs of aging, such as fine lines and saggy skin.

In terms of minerals, bok choy contains calcium, phosphorus, iron, magnesium, manganese, copper, iron, and zinc. These minerals aid in the promotion of bone health, cardiovascular health, neuromuscular health, and digestive health, among others. In addition, they contribute to the overall cellular function, which helps the body perform its daily activities.

Bok choy can prevent cancer, according to studies. As per Mercola, the Harvard School of Public Health found that high calcium, which can be found in bok choy and collards can prevent cancers, as other high dairy intake raises the risk of having prostate and ovarian cancer.

In another study conducted by the Vanderbilt-Ingram Cancer and the Shanghai Center for Disease Control and Prevention, it was revealed that consuming dark, leafy green vegetables like bok choy may raise the rate of surviving from breast cancer. A study participated by 5,000 Chinese breast cancer survivors showed that eating cruciferous vegetables reduced the mortality rate by 27 to 62 percent.

READ  How To Lower Your Uric Acid Naturally

Bok choy can be turned into a dish, such as the Bok Choy Recipe. According to Steamy Kitchen, the ingredients include one and a half pounds bok choy or baby bok choy, one and a half tablespoons canola, peanut oil, and vegetable, one to two cloves of garlic (finely minced), one teaspoon grated fresh ginger, three tablespoons broth or water, half teaspoon of sesame oil, and salt.

To prepare, the ends of the bok choy stem are trimmed off; this is to ensure that the vegetable is evenly cooked. Next, the leaves are separated and the tender center is kept intact and cleaned under running water. Then, they are drained. After that, the garlic are minced while the ginger is grates with a microplane grater.

Bok choy is considered a healthy food, given its multiple health benefits. Thus, adding it to various health recipes will help boost the health and well-being of a person and his family.

Previous articleWhy Include Sweet Potato Leaves in Your Diet?
Next article7 Essential Oils That are Proven Effective Against Acne

Here’s What You Need to Know About Throat Cancer