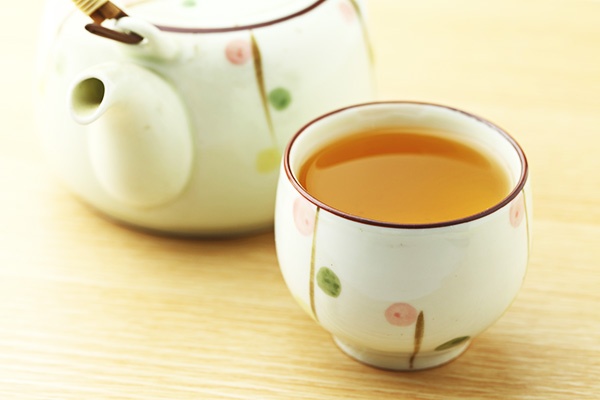 It’s not uncommon for your stomach to make loud and unflattering noises if you’re hungry. Did you know that it can also happen even when your stomach is full? Continue reading if your stomach often leaves you feeling really embarrassed and at times in discomfort, too — this article will tell you which herbal teas can help deal with it.

Generally speaking, a stomach that rumbles is nothing serious. Actually, it’s perfectly normal for your gastrointestinal or GI tract to make noises because their smooth muscles are involuntarily contracting and relaxing in a wave-like manner, which is a process known in the medical community as peristalsis.

However, the sounds that the stomach makes when it is empty tend to be very loud — so much so that anyone around you can hear them. It can be very awkward when it happens while you’re inside a jam-packed elevator or library. And just like what’s mentioned earlier, stomach grumbling can also strike after having a meal, especially a large one.

There are instances in which a noisy stomach is not only making embarrassing noises, but also leaving you in some level of discomfort. This is true if there are excessive amounts of gas involved. However, do take note that if a rumbling stomach is accompanied by severe pain and nausea, then have yourself taken to the ER.

But if you’re quite certain that the problem stems from the fact that you are simply hungry or just finished a particularly large meal, don’t panic. What you need to do instead continue reading. The following are some herbal teas that you may brew and consume to help put an end to that stomach grumbling of yours:

Whether your noisy stomach is due to hunger or excessive eating, a cup of ginger tea can be very helpful. That’s because it is something that can settle a stomach that is craving for food. It can also lend a hand if you are having a bout of indigestion which can also cause your stomach to give off rumbling sounds at times.

Not really a fan of ginger tea? Then you may simply go for peppermint tea instead — it works just as effectively as ginger tea in settling a stomach. Experts say that peppermint tea is also good at relieving flatulence, which means it can help deal with a noisy belly due to the presence of excessive amounts of gas in the gut.

There are a couple of reasons why consuming basil tea is recommended for anyone whose tummy is creating lots of embarrassing sounds. First, this particular herbal tea is very good at managing an upset stomach. Second, it’s also an age-old remedy for excess gas.

See also  Tired of Carrying Around Those Eye Bags? Read This!

In some cases, stomach grumbling can be due to stress or anxiety. If such is the case, then it’s a great idea for you to consume a freshly-brewed cup of chamomile tea. Not only will this herbal drink relax your mind, but also calm down your stomach that is churning due to a bout of stress or anxiety.

Thanks to the protective effects licorice tea has on the cells of the inner lining of the stomach, it can help keep at bay irritation as well as peptic ulcers, which is usually accompanied by grumbling sounds. Drinking licorice tea is also an all-natural way to put an end to abdominal spasms which can sometimes make your tummy noisy.

Because of its ability to improve the process of digestion, a cup of fennel tea after a meal, especially a heavy one, can be very helpful if you are prone to stomach grumbling. If your noisy stomach is due to irritable bowel syndrome or IBS, consuming fennel tea can be very advantageous, too.

Don’t forget to share this article on social media to let everyone in your network know which herbal teas are very good for putting an end to that annoying, embarrassing and sometimes uncomfortable stomach grumbling.

Comments
Sourcelivestrong.com
Previous articleSmashed a Fingertip With a Hammer
Next articleHome Remedies for Bladder Spasms

Be Careful Who You Lock Lips With: Health Problems You Can Get From Kissing

Myths About Your Pores

Facing Your Facial Hair — Natural Ways to Deal with It