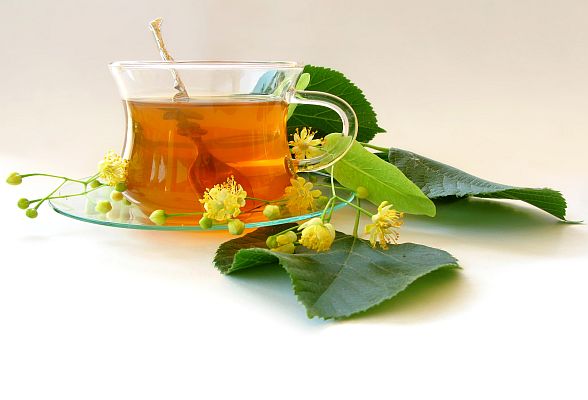 Top 10 Blush On Tips to Get You Glowing

A sudden drop of oxygen supply to the brain, results in temporary loss of consciousness, known as fainting. It may be the result of sheer excitement, stress, shock, starvation, pain or some underlying ailment like low sugar, stroke or a heart attack.

Even certain medicines used for controlling high blood pressure may also result in fainting. A person undergoing fainting will visualize a sudden blackness, vomiting or dizziness just before getting faint. Nevertheless, there are ways to comfort yourself or others during the fainting phases.

Comfort the person who has fainted by making him/her lie down on flat surface, with face up and legs rose a little higher than head. This ensures higher oxygen supply to the brain and will help to regain consciousness and revive one from fainting. Additionally, loosen the clothes to allow maximum air flow to the fainted person and clear up the respiratory hindrances.

Ginger helps in overcoming delirium, stupor and unconsciousness caused to brain during fainting. Use one part of pippali, one part of black pepper and one part of ginger and grind them all in a blender and then apply on the nostrils in small amounts.

For eyelids, a thin paste of ginger using water can be prepared that will help to overcome the blackout. Fainted person should also be given one cup of ginger tea as it increases the overall circulation of blood and recovers one from the fainting completely.

Peppermint is enriched with antispasmodic properties that aid to soothe the tensed nerves. Moreover, the refreshing smell of peppermint oil acts as a stimulant for brain to function efficiently. Put three drops of oil on a handkerchief and keep it close to the nose of the fainted person. Instantly, it will revive back the individual from the fainting spell.

Cut a complete onion in two halves and position the open one half directly beneath the nostrils. The strong pungent smell of onion activates the nerves of the brain and helps the fainted person, to regain consciousness.

See also  What are the risk factors for breast cancer?

For those, struggling with repeated fainting spells, basil tea is very beneficial. Prepare tea with use of 3 tablespoons of fresh basil and 8 oz of boiling water and then boil it for 15 to 20 minutes.

Then use the basil tea several times a day to get away with fainting troubles. Basil being an effective antispasmodic, antidepressant and nervine stimulates the nerve, thereby protecting against the fainting spells. Even drinking the basil extract immediately after a fainting spell, will help one recover from the situation immediately.

See also  8 Ways To Perk Up Your Midday At Work

Gingko is very useful as a memory booster and treating circulatory problems. Gingko helps to enhance blood circulation to the brain. It is recommended to consume 40 to 80 grams of gingko extract for three times in a day, to improve circulation. But, gingko should never be consumed, while one is using medications like antidepressants, blood pressure lowering drugs, anticonvulsants and blood thinning drugs.

Put three cups of wine vinegar for a boil and then add 2 tablespoons of mint and rosemary to the steaming wine and then steep it for next 20 minutes. Strain and drink this tea, after overcoming fainting as it prevents further fainting spells. The aroma is very soothing that activates the nerves of the body and refreshes the person further.

Take 2 tablespoons of honey, 2 tablespoons of apple cider vinegar in 8 oz of water and drink it often, to prevent future fainting spells and to clear up the airway passage of the respiratory system, ensuring unrestricted breathing.

As soon as one feels the spell, try to sit down with knees upwards and head in-between the two legs. Start taking deep breaths through the nose and breathe out through the mouth while sitting, with eyes closed. Once the spell has been avoided, slowly open up the eyes and sit up. Consume something rich in protein and fibers like porridge or oatmeal, cereal bars or something sugary like chocolate as fainting at times, could be due to hunger spasms or low sugar.

Drink water as much as you can to overcome any possible dehydration and give yourself a massage at the temples to relax the nerves of the brain. Then splash cold water over the face and take proper rest, till you feel much better. Avoiding any strenuous work and later get examined by the doctor.

See also  8 Ways To Perk Up Your Midday At Work

Using these significant home remedies, one can help himself or others at times of immediate action. One must be aware of all natural solutions to combat fainting and support a life as soon as possible.

Risky Foods to Eat Past Their Expiry Date