Just Two Cups of Coffee a Day Can Do These Wonders 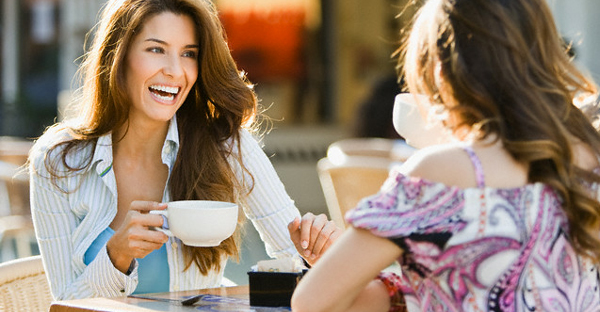 Foods to Eat by Someone Undergoing Chemotherapy

You may have been told before when you were younger that drinking coffee is a no-no. Times have changed and a cup of java has finally revealed its true colors — it is actually good for you!

While it’s true that caffeine in coffee is something frowned upon by many due to its ability to disrupt sleep and make you feel jittery, taking the beverage in moderate amounts is enough to easily outweigh the unfavorable effects of that nervous system-stimulating substance.

Making coffee very good for you is the fact that it actually comes from beans that are loaded with antioxidants that fight off free radicals, suppress inflammation and slow down the process of aging. Coffee also contains a dizzying assortment of other nutrients such as folate, manganese, magnesium, potassium, phosphorous, and vitamins B1, B2, B3 and B5.

Drinking a couple of cups of your favorite java a day can provide the following benefits:

Enhanced Brain Functioning
One of the most consumed psychoactive substances on the planet is coffee. This doesn’t really come as a surprise because it is indeed capable of bolstering brain activity. Aside from making your brain work much better, investigations have revealed that coffee can also improve reaction time as well as the mood.

Lowered Depression and Suicide Risk
Speaking of the mood, did you know that drinking coffee is a simple way to combat depression? Based on a 2011 Harvard study, people who consumed the more coffee had the most reduced risk of becoming depressed — by as much as 20%. With lowered chances of becoming depressed, committing suicide is less likely.

Protection Against Degenerative Diseases of the Brain

Medical experts say that regular consumption of coffee can help reduce your risk of suffering from dementia when you’re older. That’s because the well-loved beverage is capable of warding off Alzheimer’s disease, a very common cause of dementia. Coffee helps protect the brain cells from damage related to degenerative diseases.

Increased Metabolic Rate
Most slimming supplements touted to boost the metabolism contain caffeine. Rather than spend tons of cash on these products if you are trying to shed off excess pounds and look amazing, it’s a better idea to simply have a cup of coffee which is packed with the metabolism-boosting substance.

Reduced Risk of Type 2 Diabetes
It is said that more than 300 million people on the planet are suffering from type 2 diabetes. If you don’t want to be part of the statistics, all you have to do is consume a couple of cups of coffee on a daily basis. If you love coffee, according to the pros, you are less likely to have diabetes by up to 67%.

See also  Detoxify and Strengthen Your Liver with This Beverage

Lowered Chances of Having Liver Disease
Because of the roles your liver has to play on a 24/7 basis, this organ elimination is prone to damage and disease. A great way to keep the liver in tip-top shape is by drinking coffee daily. Experts say that consuming at least 4 cups of the beverage can help significantly lower your odds of having cancer and cirrhosis of the liver.

Longer Life
Because people who love coffee have reduced risk of suffering from various problems, they tend to have longer lives. There have been many studies conducted which corroborate this. For instance, a 2012 New England Journal of Medicine report stated that people who drank 4 to 5 cups of coffee daily lived longer than those who didn’t.

These are the numerous benefits coffee can offer. In order to maximize the good stuff, refrain from adding sugar, creamer or any other unhealthy ingredient. Steer clear of drinking it a few hours before hitting the sack to avoid sleep disruption. Also, it is a good idea to drink the beverage in moderation in order to avoid tolerance and addiction, as well as withdrawal should you miss drinking it.

Reasons Why Adults Should Play Hopscotch, Too