Kaffir Limes: Get to Know These Unknown Citrus Fruits

There are so many exotic fruits that are native to Southeast Asia, and some of them are called kaffir limes. They are commonly used for cooking purposes as well as for making all sorts of beauty products. However, these citrus fruits are also usually employed for dealing with an assortment of health problems.

If you wish to know more about kaffir limes and the many health perks they offer, then simply read on!

Kaffir limes are found abundantly in Thailand, Indonesia, the Philippines and many other Southeast Asian nations. In areas where they are native to, these exotic citrus gems are commonly used for cooking and whipping up beverages. As one would expect, kaffir limes taste just like limes to which most of us are accustomed.

Aside from flavoring foods and drinks, kaffir limes are also often used for making soaps, shampoos and other cosmetic items because it is loaded with skin-beneficial vitamin C, which is actually an antioxidant — it helps delay skin aging by neutralizing harmful free radicals.

So without further ado, let’s take a look at some of the health benefits kaffir limes are known to offer:

Vitamin C in kaffir limes is important for keeping the gums healthy, and thus it also helps make the teeth strong. The truth is there is the so-called scurvy which is characterized by bleeding gums, and it is due to vitamin C deficiency. So to prevent scurvy from striking, it’s a good idea to include kaffir limes and other vitamin C-rich foods in the diet.

They Strengthen the Immune System

Everyone knows that vitamin C is also important for boosting the immune system, and that is why the regular addition of kaffir limes to the diet can help in lowering infection risk.

They Slow Down Aging

Not too many people are aware that vitamin C in kaffir limes and other foods sources is actually an anti-aging nutrient for a couple of reasons. First, it neutralizes free radicals that tend to damage healthy cells of the skin. Second, it’s essential for the production of collagen, a skin-firming protein that prevents fine lines and wrinkles.

They May Reduce Risk for Cancer

Because of the loads of compounds in kaffir limes that possess antioxidant and anti-inflammatory properties, these exotic fruits may actually help in considerably lowering a person’s cancer risk.

They Help Purify the Body

Southeast Asian traditional healers commonly use herbal preparations with kaffir limes for ridding the body of toxins that can cause a variety of health problems. Kaffir limes help in the detoxifying process by purifying the blood, and also encouraging the liver, which is an organ of detoxification, to stay healthy and work optimally.

They Lower Stress and Anxiety

Last but not least, oil provided by kaffir limes may actually be employed for lowering stress levels as well as managing anxiety — taking a whiff of its smell alone is usually enough to effectively control both stress and anxiety.

CAUTION: Kaffir limes can be consumed without any problem. However, if you are planning on using it for therapeutic purposes, make sure that you let your doctor know about it first. This is most especially true if you are pregnant or breastfeeding, or diagnosed with a medical condition.

Do you have health-conscious family and friends who are always looking for lesser-known fruits to add to their diet on a regular basis? Then get them acquainted with kaffir limes by reposting this article on social media!

How to Make Salt and Vinegar Pumpkin Seeds 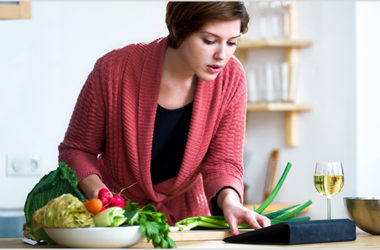 5 Cooking Mistakes You Should Avoid That Cause Weight Gain 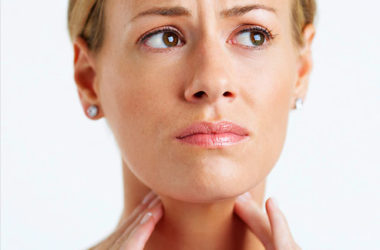 That discomfort, stinging pain in your throat when you swallow is called a sore throat. Sore throat occurs… 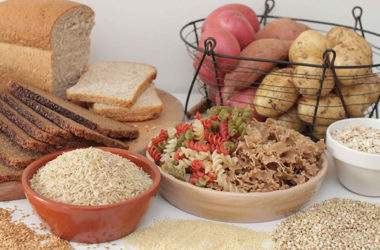 Do you know why experts frown upon no- or low-carb diets? That’s because not all carbohydrates are created…