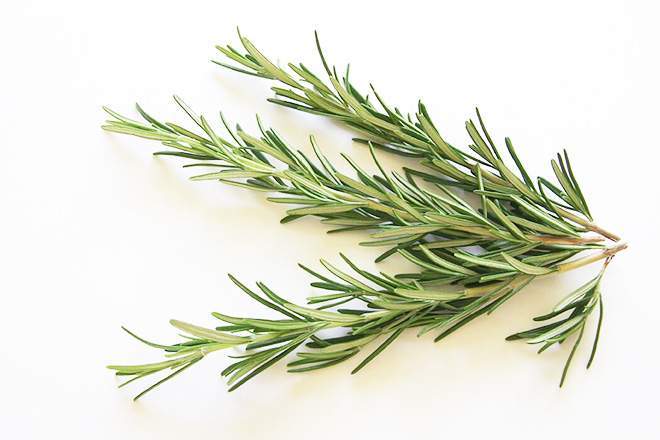 Dangers of Desk Jobs and How to Solve Them

4 Tips In Choosing The Right Moisturizer For Your Skin Type

Are Home Remedies for Cold and Flu Effective?

Rosemary is a woody perennial herb used in cooking. With the scientific name Rosemarinus officinalis, it is under the mint family Lamiaceae. Its name came from the Latin words ros, which means “dew,” and “marinus,” which means “sea;” hence, “due of the sea.” As part of the known kitchen herbs and spices, the following are rosemary’s health benefits.

Rosemary helps prevent hair loss and improve hair growth, as per Web MD, as cited by MNN. According to the publication, initial studies found that the application of combined rosemary oil, thyme, lavender, and cedarwood oil to the scalp aid in hair growth improvement. In a trial, people with alopecia areata, a disease where hair falls out in patches, experienced considerable hair regrowth when they massaged their scalps with rosemary, plus the other oils, as opposed to those who just massaged their scalps with no oils. Nonetheless, more studies have to be conducted to determine the efficacy of rosemary in hair growth.

Rosemary and the Brain

Rosemary is capable of boosting the brain’s function. According to Medical News Today, rosemary contains carnosic acid, an ingredient that helps combat free radicals in the brain. In a trial published in “Cell Journal,” as cited by the publication, carsonic acid is also useful when it comes to protecting the hippocampus against beta amyloid-induced neurodegeneration. In fact, rosemary also aids prevent brain aging. In Japan, Kyoto University researchers found that the herb considerably helps in the prevention of brain aging. Moreover, studies in “Therapeutic Advances in Psychopharmacoogy” found that blood levels of a rosemary oil component are associated with enhanced cognitive performance.

Rosemary and the Immune System

Rosemary also helps promote the body’s immunity. According to Organic Facts, rosemary has active components, which have anti-carcinogenic, anti-inflammatory, and anti-oxidant properties. Hence, they guard the body against various microorganisms and diseases that serve as threats to the immune system and the body’s integrity. Rosemary contains carnosol, betulic acid, caffeic acid, and rosmarinic acid, which are powerful compounds that boost the body’s immune system. In line with such defenses, rosemary will be able to defend the body against bacterial infections, such as Helicobacter pylori, which causes stomach ulcers, and Staphylococci infections, which are responsible for a number of mortality cases each year.

See also  How to Make Your Own Vinaigrettes and Dressings

Rosemary can be added to various meal recipes like Garlic Roast Chicken with Rosemary and Lemon. According to Food Network, the ingredients include three tablespoons of fresh rosemary leaves (stripped from stems), two and a half pounds of boneless and skinless chicken breasts (cut into large chunks), six gloves garlic (crushed), three tablespoons extra virgin olive oil, one lemon (zested and juiced), one tablespoon grill seasoning blend or salt and pepper, and half cup of dry white wine or chicken broth.

See also  MUST READ: The 7 Dangerous Acts After Meal

To prepare, as per the publication, the oven is preheated to 450 degrees Fahrenheit. Then, the chicken is arranged in a baking dish. Next, the rosemary, garlic, lemon zest, virgin coconut oil, and grill seasoning or salt and pepper are added to the dish. The chicken and the ingredients are tossed and coated, before they are placed in the oven and are roasted for 20 minutes. Once done, wine and lemon juice are added to the dish and are combined with pan juices. After that, they are returned to the oven, before it is turned off. After five minutes, the chicken is removed from the oven. The baking dish is placed on trivet and is served while pan juices are spooned over the chicken pieces.

Rosemary is one of the healthy food ingredients people have today. Adding it to various meal recipes helps boost a person’s total health and wellness.