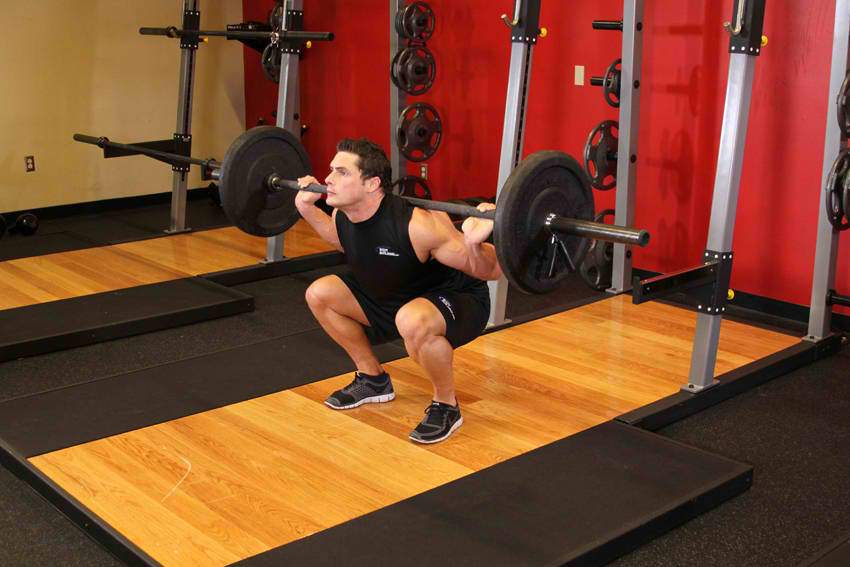 5 Warning Signs You Are Not Getting Enough Protein

Strength is one of the vital measurements of fitness and health, along with speed and endurance, among others. While nutrition boost strength, exercise trains the muscles and bones to generate enough force to do various activities of daily living. The following are some exercises that increase a person’s strength.

Push-ups develop the upper body, particularly the chest, shoulders, arms, and abs. According to T Nation, a properly executed push-up wit a stable core and neutral spinal alignment will definitely boost the anterior core. As per the publication, some good practices in performing the push-up is to set-up in the top position of the exercise and prior the beginnign of the movement, exhaling hard, and pulling the head and neck back to be able to have a more “neutral neck” position.

To perform the push-up, the person positions his body with his arms straight out and abdominal area tight, holding the body in a plank position. The hands and the arms should be positioned mildly below the shoulders and the fingers should be pointed forward. Also, the shoulders are pushed down away from the ears. Then, the person lowers his body until his chest is one to two inches above the ground; the elboes should be pulling back at about 45 degrees. Finally, he pushes his body away from the ground until his arms lock. The exercise is done for the planned number of repetitions and sets.

The barbell squat mainly boosts leg power, but it also engages the shoulders and the abs. According to Nerd Fitness, the exercise is the most commonly done by beginners, powerlifters, and general lifters. As per the publication, the person steps under the bar and puts his hands around it. The person uses a thumbless grip to properly align the wrists with the forearms. While th egrip width varies with flexibility, a narrow grip or close to the shoulders will help the person position the bar on the muscles of the upper back. The person can start with a wider grip, if he cannot properly execute the exercise with the narrower grip. Once the bar is on his back, he stands up, braces his core muscles, and steps back. With the feet wider than hip width, toes mildly pointing forward, and butt back, the person squats down gradually until the tops of his legs are parallel or lower. Finally, he stands back up.

The deadlift is a resistance training exercise that involves lifting a loaded barbell of the ground. It primarily targets the back area, but it also engages the arms, as they hold the weight, and the legs, as they help in the body’s rise and descent while holding the weight.

To do the deadlift, as per Stronglifts, the person stands with his mid-foot under the bar, without touching it with his shins. He assumes a hip-width stance, with his toes out at 15 degrees. Next, he grabs the bar, with a shoulder-width grip. The arms should be vertical from the front view and they should hang outside the legs. Then, the person bends his knees until the shins touch the bar, keeping it over his mid-foot. The person strightens his back, but not dropping his hips nor squeezing his shoulder blades. With a deep breath, the person holds the bar and stands up, keeping it against his legs. As per the publication, the deadlift is finished when the person has locked his hip and knees. Finally, the person returns the weight to the floor by pushing his hips back first.

Overall, being strong through training helps a person become more productive in the daily challenges of life.