The legs help people in most activities of daily living, such as going from one place to another or playing basketball. They also assist in various types of movements, which include standing, walking, running, and jumping. Thus, training them is vital, as losing their power prevents a person from accomplishing his tasks. In line with boosting one’s leg power, the following exercises can be done.

Sprinting is a key exercise for promoting leg power and speed. According to Fitness, short sprint interval training or SIT is very challenging; thus, it should be done on days when the person is not doing leg resistance training exercises. As per the publication, interval sprints boosts leg power and explosiveness. The premise is to sprint as fast as possible within ten to 15 seconds for a short distance, which is followed by a half-minute rest and then another sprint. It is added that the efficiency of the exercise relies on speed and not duration.

Leg power can also be developed with jump squats. According to Muscle and Fitness, research found that people who use their body weight on jump squats had more than 40 pecent power as compared to using a weighted barbell. As per the publication, the person stands with his feet shoulder-width apart. Next, he quickly drops down into a squat and then reverse, with his heels driven through the floor to jump as high as he can. It is added that the exercise should be done at the start of the leg workouts, since the fast-twitch fibers are not yet exhausted.

Broad jumping is one of the exercises that enhance leg power. According to Breaking Muscle, it involves coiling the person’s torso, which is followed by an explosive movement of the chest, arms, hips, and legs.

As per the publication, the broad jump has three phases, load, explode, and transition. The load phase begins with a fast downward arm swing as he coild his torso down to the tops of his thighs. Then, he shifts his weight forward over his toes and on the balls of his feet. This is to prepare for a forward movement using the bodyweight. Next is the explode phase, in which the person violently swings his arms out in front of him while driving his hips forward and springing off of his toes. The person also opens his chest to the target and explosively extends at the hips and the ankles. This is followed by a second explosion of the hip, while milding flexing the spina and bringing the feet far in front of him for landing. The last phase is transition and it involves landing the heels first in a bent-knee position, shifting the person’s weight back to the balls of his feet to do another repetition as quickly as possible.

Barbell squat is a weight resistance training for leg size and power. According to Body Building, the person starts with the barbell supported on top of the trapezius or traps. Then, the chest is up and the head is facing forward. The person assumes a hip-width stance with the feet turned out as support. Next, the person lowers by flexing his knees, with the hips prevented from moving back as possible. It is a good practice to align the knees with the feet and to keep the torso upright. The person continues all the way down, keeping the weight in front of the heel. Once the upper legs contact the lower legs, the person drives the weight upward.

Blow a Kiss to These Mistletoe Health Benefits 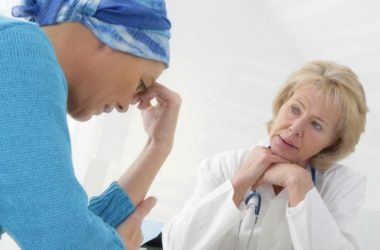 Tips on Dealing with the Common Side Effects of Chemotherapy

It’s true that chemotherapy is highly effective in killing off cancer cells. However, the treatment cannot really point… 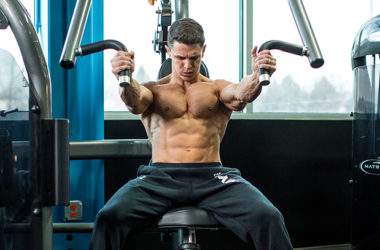 Machine Exercises for a Massive Chest

The chest is one of the most common body part trained by people at the gym. A massive… 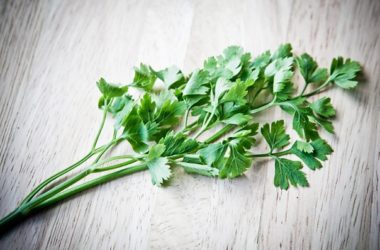 Chervil is one of the herbs and spices commonly used in cooking. With the scientific name Anthrisus cerefolium,…