Explosive exercises for the chest 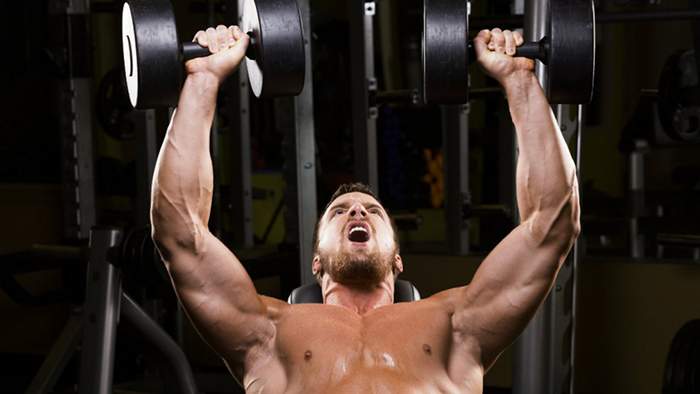 Get to Know these Food Chemicals

The chest is one of the muscle groups a person gives emphasis to during a gym workout. Since it is part of the body’s front view, many people consider working out the chest to add aesthetics to it and look great in front of others. But how one workout his chest at its best? The following are some of the explosive exercises for the chest.

Along with squat and deadlift, bench press is one of the routines that test a person’s strength and endurance. It is performed primarily to target the chest muscles; however, experts say that the exercise also engages the anterior or front head of the deltoid or shoulders. The bench press has three known variations – the inclined bench press, the flat bench press, and the decline bench press.

To perform the exercise, the bar is loaded to an appropriate weight for the person’s training, as per Body Building. Then, the person lays on the bench with his feet flat on the ground, driving through the hips. It is noted that the back should be arched and the shoulder blades are retracted. Once position is secured, the person takes a medium and pronated grip covering the rings of the bar and removes it from the rack. The person holds the weighted bar above his chest with the arms extended and lowers it to the sternum by flexing the elbow. It is important to maintain control and avoid bouncing the bar off of the chest. The latissimus dorsi should be also kept tight while the elbows should be slightly drawn in. Then, the person returns the bar to the starting position by extending his elbows. The exercise is usually done in three to four sets, with eight to 12 repetitions per set.

Push-ups just require the person’s body weight; thus, the exercise does not typically need the use of a bench or a dumbbell. According to MSN, the push-up position is assumed with the person’s hands slightly wider that shoulder-width apart. Then, the body should form a straight line from the ankles to the head. This sets the starting position for push-up. Then, the person bends his elbows and lowers his body until his chest nearly touches the floor. After that, he “explosively” presses himself up for his chest to leave the floor. The person brings himself with his arms extended, which returns the body to the starting position.

Along with a consistent training at home or at the gym, the chest muscles will be developed through proper nutrition and adequate sleep.

Get Introduced to Badderlocks, a European Sea Vegetable