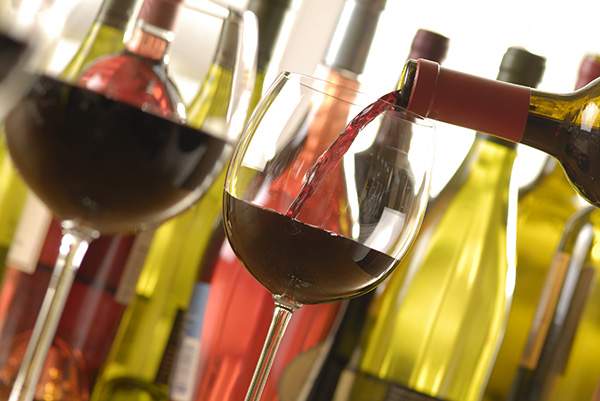 8 Home Remedies for Headaches and Migraine

The Meat Sweats: What They are and How to Survive Them

Wine is one of he alcoholic beverage people know today. From the latin term “vinum,” wine is made from fermented grapes of species Vitis vinifera or the hybrids Vitis labrusca or Vitis upestris. Wine research found that various kinds of grapes and yeast strains interact to yield different kinds of wine. While it is associated with religion, it also present a wide variety of health benefits.

Wine is rich in vitamins and minerals. According to The Wine Cellar Insider, wine contains vitamins B and K. Vitamin B is essential for the proper functioning of the nervous system, which includes learning, thinking, sensation, and memory. On the other hand, vitamin K promotes blood clotting to hasten wound healing and prevent excessive blood loss.

In terms of minerals, wine contains calcium, copper, zinc, phosphorus, iron, magnesium, potassium, and manganese. Calcium and phosphorus work together for bone health while copper and manganese work hand in hand for cellular metabolism and growth of cells and tissues. Iron plays a role in adequate oxygenation while magnesium is essential in the promotion of neuromuscular function. Meanwhile, potassium counters the fluid retention action of sodium and it helps relax the muscles of the blood vessels; thus, it also prevents high blood pressure and the development of heart-related disorders.

Wine helps delay the effects of aging with the substance resveratrol, which has anti-aging properties. In a statement, as cited by Medical News Today, Harvard Medical School head investigator David Sinclair said that resveratrol improved the health of mice on a high-fat diet and increased life span. The findings were published in the journal “Cell Metabolismoffer” and were the first evidence involving resveratrol’s anti-aging properties.

To prepare, as per the publication, butter is melted in an oven over medium-high heat. Next, onion is added on the pan and is sautéed for four minutes. Then, garlic is added and is sautéed for one minute. After that, the onion mixture is spooned into a large bowl and half of the lamb is added to the pan and sautéed for four minutes, until it becomes brown in color. Then, it is removed from pan and is added to the onion mixture. The procedure is repeated with the remaining lamb.

See also  What Does It Mean If Your Gums are White?

The wine is added to the pan, scraping the latter to loosen the browned bits. Next, the lamb mixture is returned to the pan, with salt and pepper added. Then, the oregano, rosemary, and parsley are combined and half of the resulting mixture is added to the pan and is brought to a boil. It is covered and allowed to simmer for one and a half hours or until the lamb is tender. Then, potatoes, carrots, and turnips are added to then pan, and is covered and cooked for 40 minutes or until tender. Next, the asparagus is added and is cooked for five minutes or until the asparagus is tender. Finally, the remaining herb mixture is stirred in.

Overall, wine is considered one of the healthy beverage options to date. In this regard, it can be added to various meal plans to boost a person’s health and well-being.

Comments
Sourcewinewitandwisdomswe.com
Previous articleWhat Should You Do After Stubbing a Toe? Here are the Steps
Next articleWant to Lower Your Colon Cancer Risk? Then Follow These 7 Simple Steps!

Have You Already Tried Broccoli Tea?