In the field of health and fitness, protein stands as the most needed macronutrient when compared to the level of need for carbohydrates and fat. The primary reason behind people’s preference on protein over the latter two is that the former is capable of repairing and building muscle, which enhances their physique in the long run.

In line with protein, the following are some protein-packed recipes one can prepare.

In the food pyramid, it is agreed that cheese and eggs are two of the best sources of protein. In addition to protein, cheese contain calcium while eggs contain vitamin D and these nutrients make them a good combination, as per Health. It is known that calcium, which helps in the growth and repair of bone and teeth and contributes to cardiovascular health, is best absorbed with vitamin D. Thus, both food selections not only help in the growth and development of muscles, but they also help in the proper and optimum development and functioning of the bones.

Cheesy cast-iron skillet scrambled eggs is a sample recipe that has the aforementioned ingredients. Aside from four ounces cheese (crumbled) and 12 large eggs (lightly beaten), other ingredients for the recipe include two tablespoons of unsalted butter, one small red onion (finely diced), one jalapeno (cut into thin rounds), two tablespoons of finely chopped chives, one-fourth tablespoon of salt, and half teaspoon of freshly ground pepper. To prepare, the butter is melted over medium heat in a large cast-iron skillet. Then, the onion and jalapeno are added and cooked for five to seven minutes until soft. After that, the eggs are added, along with salt and pepper to taste. The ingredients are stirred for three minutes until soft curds form.

Chicken, especially the breast part, is one of the most popular food choices when it comes to the amount of protein. The dish combines poultry; nuts (in the form of almonds), which are packed with various minerals, such as selenium, fluoride, magnesium, zinc, iron, calcium, potassium, and manganese; and red pepper, which is known to aid in the digestive and metabolic processes in the body.

The ingredients include the following:

To prepare, the oven is heated to 200 degrees Celsius at gas 6. Then, the chicken, pepper, potatoes, and onions are placed in a large bowl and are season. After that, the garlic, oil, spices, and lemon juice are mixed in another bowl. The mixture is spread between two baking trays. Once done, the chicken is roasted for 40 minutes, turning over after 20 minutes, until the chicken is well cooked. Then, the almonds are added for the last eight minutes of cooking. The recipe is served with Greek yogurt and some coriander or parsley.

Overall, protein is viewed as an important macronutrient when it comes to fitness and building and repairing cells and tissues. However, it should be noted that carbohydrates and fats also have their independent roles when it comes to health and fitness, so they should not be ignored. Furthermore, optimum level of functioning and fitness is best achieved when their is balance among constant exercise, proper nutrition, and adequate rest. 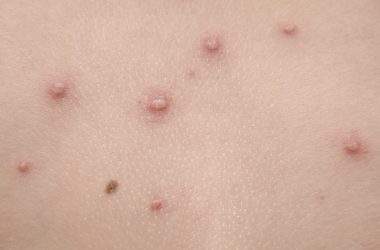 There is a common skin condition that’s caused by a virus, and it’s known as molluscum contagiosum. The… 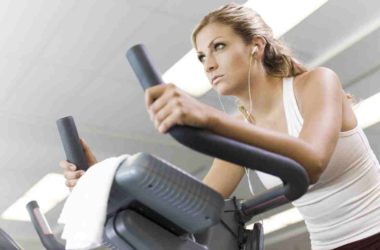 Seven Reasons You’re Not Losing Weight at the Gym

If you’re already at the gym ready to get down to business, then congratulations, you deserve a pat… 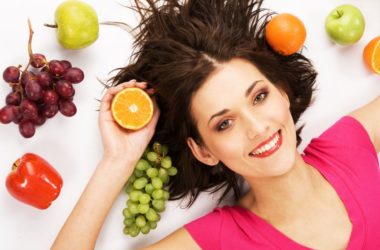 The name of this fruit is enough to make it turn lots of heads towards its direction. However,…