Home Remedies for a Paper Cut 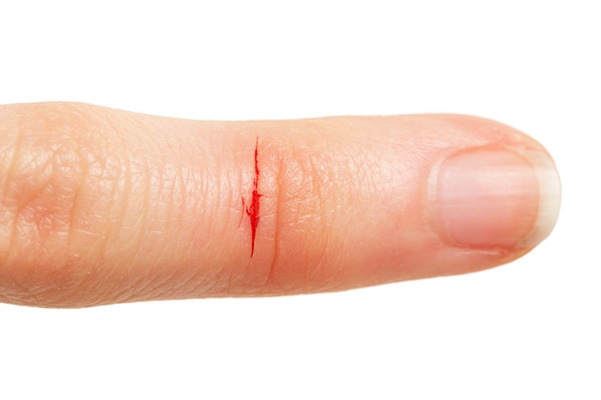 Tips and Tricks to Curbing Your Drinking Problem

How to Stay Motivated in Losing Weight

Who would have figured out that something that can be easily crumpled could cause so much pain? While it’s true that a seemingly harmless piece of paper won’t be able to cut your skin as deeply as any other sharp item such as a knife or sliver of glass, having a paper cut can still leave you in so much torture!

Fortunately, a paper cut is usually small so it’s not something that requires you to rush yourself to the ER to get stitched up. However, this does not mean that it’s not an issue that cannot get complicated. Just like any other wound, it’s very much possible for a paper cut to become infected if bacteria are introduced to the break in the skin.

After letting out a few expletives subsequent to the realization that you just incurred a paper cut, the next step is to carry out some steps in order to heal the injury as soon as possible. Continue reading if you just figured in an accident at your desk which resulted in a paper cut to know some effective remedies for it.

It’s a good idea to have the paper cut placed under running water in order to minimize the risk of infection. Opting for cold water can provide not only a soothing effect, but also put the bleeding to a halt instantly. If you have no access to a faucet, then daubing a little alcohol-based hand sanitizer on the paper cut is a smart move.

You may also apply rubbing alcohol on the paper cut to keep infection-causing bacteria at bay. Needless to say, you can expect to go through some serious stinging or burning sensation the moment that rubbing alcohol comes into contact with the paper cut, but ride it through because it will only last for a few seconds.

Using a cotton swab, you may daub a little hydrogen peroxide on the paper cut in order to ensure that no bacteria can multiply and cause an infection to strike. You will notice that some fizzling will take place, and this is a sign that hydrogen peroxide is doing its job. Do not use hydrogen peroxide excessively as it can do more harm than good!

If there’s a potted aloe vera plant accessible, consider yourself very fortunate — the gel within an aloe vera leaf has both soothing and antimicrobial properties. Break off a tiny portion of the leaf and squeeze out the gel. Apply it on the problem area and let it stay there until dry to put an end to the pain and prevent an infection.

READ  5 Foods to Eat If You Have Insomnia

Some people swear by the effectiveness of applying a little nail polish on a paper cut. This works quite effectively as a nail polish helps seal the paper cut as soon as it dries, thus allowing for a much faster healing process. However, refrain from picking on the dried nail polish for a couple of days to give the paper cut enough time to heal.

If a bottle of nail polish isn’t around, then you may also rely on super glue. Fret not because the use of this very popular adhesive is safe on very shallow break in the skin such as a paper cut. For the next couple of days, avoid removing the super glue. Otherwise, you are risking opening the wound, taking you back to square one.

Do you know some other effective home remedies for a paper cut based on your personal experiences? Feel free to share them in the comments section below!

Important Matters You Need to Know About Necrozoospermia

Let’s See the Many Health Benefits of Lassi

Tips on How to Always Have a Perfect Hairstyle