How Does the Anti-Acne Diet Works

Acne is a common skin problem that most people find embarrassing if not debilitating. Though acne can be effectively treated with topical medications, it can also be persistent and the bumps and scars are typically slow to heal.

Acne occurs when hair follicles are plugged with excess sebum and dead skin cells. Sebum is a thick oily substance produced by the sebaceous glands that help keep the skin moisturized. Sebum production is influenced by certain hormones like insulin and androgens or male hormones that women also produce in small quantities. Inflammation occurs when these plugged pores are infected by bacteria living on your skin.

While certain causes of acne may be beyond your control, you can counter the problem by avoiding the foods that aggravate your acne and eating more foods that help keep your hormones in balance and help fight inflammation. Keep in mind the following tips when planning an anti-acne diet plan.

Tip #1: limit omega-6s and favor omega-3s
Omega-6 and omega-3 fatty are both essential fats that play in important role in brain and heart function, along with normal growth and development. They can’t be produced by the body and so they must be obtained from food.

In order to increase milk yield, cows are immediately inseminated after giving birth. Though the calf is soon taken away, the cow continues to produce milk while simultaneously being pregnant with her new calf. Consequently, the cow produces hormones that she needs to help her calf grow and hormones that would support her pregnancy. The hormones found in a pregnant cow’s milk can break into androgens, aggravating acne breakouts.

Tip #3: follow a low GI diet
Foods that have a high glycemic index, such as those rich in sugar and carbs, are quickly broken down by the body, causing a rapid and high rise in glucose levels. This in turn causes the pancreas to release large amounts of insulin.

Inslulin is needed by the body so it can use sugars and convert them to energy. However, excess amounts of insulin in the blood can cause a sharp increase in androgen and insulin-like growth factor, which are both associated with acne.

Limit your intake of processed foods as processing strips food of chromium. People, who drink lots of coffee or tea, eat a lot of sugar or sweets and physically active people are at risk of low chromium levels.

You can increase your daily consumption of chromium by including chromium-rich foods in your diet, such as broccoli, barley, oats, green beans, tomatoes and romaine lettuce.

Tip #5: increase vitamin A and vitamin E intake
Research suggests that low levels of vitamin A (retinol) and vitamin E are associated with severe acne. The acne fighting capabilities of vitamins A and E stems from their potent antioxidant and anti-inflammatory properties.

Sunflower seeds, spinach, asparagus and chili peppers are excellent sources of vitamin E. Nuts and avocadoes are good sources of vitamin E, too. However these foods can cause acne in some people. Vitamin A sources include fatty fish and liver. Dark leafy greens, such as spinach and collard greens, and orange and yellow fruits and vegetables, such as carrots, winter squash, tomatoes, bell peppers, cantaloupes and papaya are rich in beta-carotene, a precursor of vitamin A.

Tip #6: include zinc in your diet
Zinc has several acne fighting properties, including reducing inflammation and killing bacteria linked with acne. Zinc also plays an important role in protein and collagen synthesis, which are both vital in maintaining healthy skin.

Tip #7: watch your iodine intake
Iodine is an essential mineral needed by the body for proper thyroid function. Nevertheless, the body needs iodine only in trace amounts. Excess amounts of iodine can have adverse side effects, including acneiform eruptions in some people prone to acne. Acneiform eruptions include several types of skin problems, including acne rosacea, acne vulgaris, and folliculitis and perioral dermatitis.

It is recommended for people prone to acne to restrict their use of iodized salt and intake of foods rich in iodine. Iodine-rich foods include seafood, sardines, salmon, tuna, cow’s milk, yogurt, egg and strawberries. 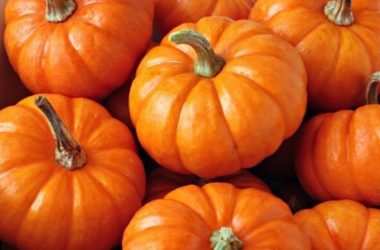 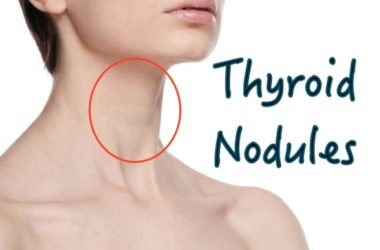 The thyroid gland is a ductless type of gland found in the neck. It is responsible for the… 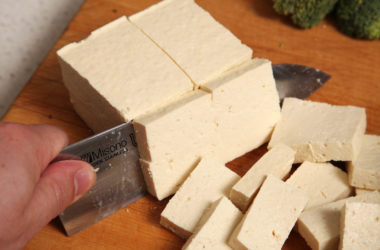 Because everyone wants to have a slice of the various health benefits of tofu, it’s really easy for…