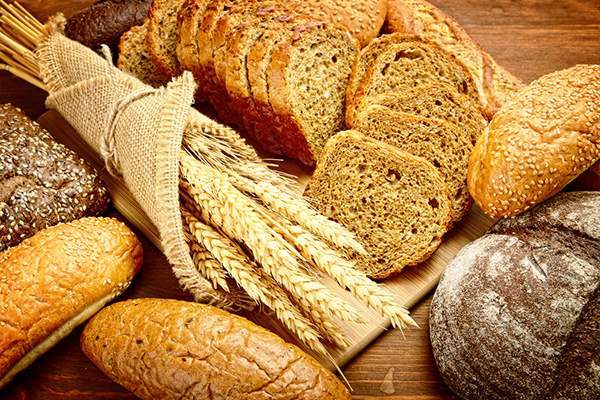 Red Foods That Help Save You From Being Blue

There are tons of products at the supermarket proudly stating on their respective packaging that they’re gluten-free. You may actually benefit from going for those commodities for a change because you may have gluten sensitivity without you knowing about it.

So what is gluten? Well, it’s a type of protein that is found in certain grains such as barley, rye and most especially wheat. Because there are lots of food products out there that are made from or contain the said grains, numerous commodities actually have gluten, the consumption of which can lead to disastrous results among those with gluten sensitivity!

Just like what’s mentioned earlier, a lot of gluten sensitivity cases are left undiagnosed. Fortunately, there are a handful of signs and symptoms that can reveal that you may have gluten sensitivity, in particular after consuming anything with gluten in it. Here are some telltale signs to watch out for:

Chicken skin in the upper arms

Medical doctors call it “keratosis pilaris” but everyone refers to it simply as “chicken skin”. This is a result of a deficiency in vitamin A as well as fatty acids, which is brought about by malabsorption caused by gluten sensitivity.

Your body may fail to absorb not only vitamin A and fatty acid, but also other nutrients such as iron. It’s exactly because of this reason why you may wind up with iron-deficiency anemia if you are sensitive to gluten even though your diet consists of foods that have iron in them.

Do you experience excess gas after consuming food products with gluten in them? Then you may have gluten sensitivity. Naturally, it’s not just the presence of too much gas that can bother you, but also abdominal pain and distention.

People react differently to gluten. Some individuals who are sensitive to gluten wind up with loose stools after consuming anything that contains gluten in it. On the other hand, some people experience constipation after ingesting gluten-containing foods.

Most of those who are sensitive to gluten feel tired all the time, which tends to commence upon the ingestion of products with gluten in them. It’s not just the body that feels exhausted, though, but also the mind which manifests in the form of the so-called “brain fog”.

Other than brain fog, you may experience dizziness if you consume gluten-containing foods. It’s possible for you to feel like you’re spinning or losing your balance for several minutes after ingesting gluten. You may even go through such ordeal for days.

Making the dizziness even worse is the fact that migraine headaches may arise, too, from the consumption of anything that has gluten in it. By the way, numerous studies have shown that people who are sensitive to gluten are more prone to having migraine headaches.

If you are sensitive to gluten, your mood can also be affected each time you ingest food products that contain gluten. Medical experts say that gluten may cause depression and anxiety because it can have an impact on your brain chemicals and gut bacteria.

The ingestion of gluten, if you are sensitive to the substance, can cause inflammation, and it can manifest itself in the form of painful joints. Many people who have gluten sensitivity report of having pain and swelling in various joints, in particular the knees, hips and fingers.

These are just some of the signs and symptoms that can be attributed to gluten sensitivity. If you are bothered by many of them, it’s a good idea to consult a specialist right away.