Skin Flushing: Get to Know Its Common Causes and Some Medical Conditions Associated with It

Did your face feel warm and appear red after your crush said “hi”? It is called skin flushing, which is also known to many as blushing. It is usually a normal response of the body to just about any extreme emotional state, such as embarrassment and anger. It may also be due to factors such as anxiety and stress.

It’s not all the time that skin flushing should be taken lightly. That’s because it may be brought about by an underlying medical cause, most especially if it’s accompanied by other symptoms. Also, it may also be caused by the intake of certain medications, such as niacin which is given to individuals with high cholesterol.

The Cause of Skin Flushing

Generally speaking, skin flushing happens when blood flow to specific areas like the cheeks increase. This causes the blood vessels to dilate in order to accommodate the gushing of more blood, thus making the skin appear red. Due to the increased blood flow, it’s not unlikely for the affected area to feel warm. In some instances, skin flushing is accompanied by an increase in perspiration as well as blood pressure.

Having flushed skin usually does not require medical intervention. This is particularly true if it’s brought about by factors like an extreme emotional state, the consumption of spicy food, intake of alcohol and exposure to extreme temperatures.

What’s the best way to manage skin flushing or keep it from showing up? Steer clear of anything that can trigger it. For instance, you should limit your intake of foods containing hot spices such as chilies. If you tend to appear red when consuming alcohol, it’s a good idea to reduce your intake of anything that contains alcohol. If your skin flushing is due to high temperatures, consider moving to a cooler area.

Opting for some coping skills is the best way to control or prevent skin flushing if it’s due to an emotional state such as embarrassment, anger or anxiety. If you tend to end up with flushed skin when stressed, try to avoid as much stressors as you can. Also, it will help a lot if you look for ways to effectively manage stress.

Like what’s mentioned before, skin flushing may be sometimes due to excessive intake of niacin or other medications with the said vitamin. If it’s something prescribed to you by a doctor for lowering your cholesterol or any other health concern, let him or her know that the drug causes skin flushing.

If skin flushing tends to happen frequently and is accompanied by some other symptoms, it is certainly recommended for you to consult a doctor. That’s because there are instances when the flushing of the skin is due to certain medical conditions. Having the underlying problem treated can put an end to frequent episodes of skin flushing.

The following are some medical conditions that may cause skin flushing:

Bee Pollen: Be Amazed with the Many Health Benefits of This Superfood 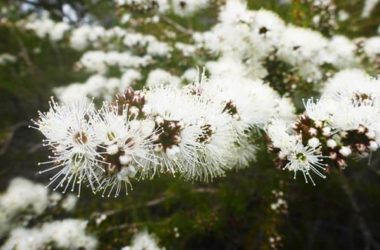 There is an essential oil from Australia that is often compared to tea tree oil, and it’s called… 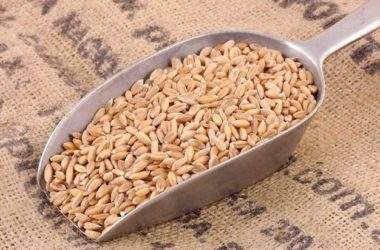 What is Spelt and Why Should It be Included in the Diet?

If you don’t have gluten intolerance or sensitivity, read on. That’s because this article is all about spelt,…

Skin tags are small, soft pieces of skin that appear on the surface of your skin, and that…