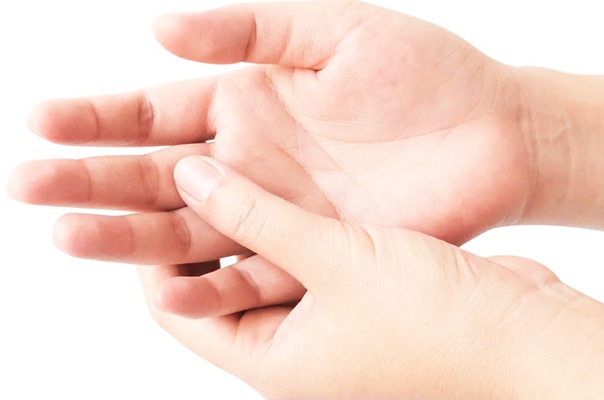 Foods that Can Unclog Your Arteries

The joints in your fingers can only be bent as much. If you happen to bend a finger beyond its capacity, it’s not unlikely for the ligaments that support and connect its joints to become overstretched or even torn at times. Such is called a sprained finger, and this article will teach you the steps to take should you end up with it.

Don’t forget to share this article on your various social media sites afterwards. Since a sprained finger is very common most especially among athletes, your family and friends who are into sports will surely benefit from the pieces of information on dealing with a sprained finger found below.

But before we take a look at some of the things that you may do upon spraining a finger, let us first talk about a few very important matters about it.

Most cases of a sprained finger can be dealt with at home by means of a few very simple remedies that help alleviate both pain and inflammation. The ligaments in your fingers are actually capable of healing on their own when overstretched. However, it’s a different thing if a ligament is completely torn as it usually requires surgery to be repaired.

A broken finger can be mistaken for a sprained finger at times because they can have pretty much the same symptoms. But be suspicious if you cannot bend or extend your finger without experiencing excruciating pain as there might be a broken bone. To be sure, pay your doctor a visit.

Let’s now check out the steps that you may take after having a finger of yours sprained:

Give It a Rest

To keep pain and inflammation from worsening, allow the sprained finger to rest. Otherwise, you are risking exacerbating the injury. Giving the involved finger enough rest also helps speed up the process of healing.

Lots and lots of pain can accompany a sprained finger. To help relieve the pain without taking an NSAID which can cause all sorts of side effects and risks, simply apply an ice pack on the injured finger joint.

Do not place ice cubes directly on the skin. The right thing to do is wrap them first with a small towel. Also refrain from placing the ice pack on your finger for more than a minute straight. Ice your sprained finger every hour for 15 to 20 minutes each time to considerably reduce pain and also inflammation.

If the use of an ice pack doesn’t seem to get rid of much of the pain, you may take an over-the-counter pain reliever. But if you do suffer from a medical condition, see to it that the painkiller you are planning to take to help alleviate pain associated with your sprained finger is approved by your doctor.

To help keep the sprained finger from getting inflamed further, wrap it using a small elastic bandage. This step will help keep blood and fluid from pooling at the site of the sprain. Just make sure that the wrapping is neither too loose nor too tight. It should be lose enough to permit circulation, but tight enough to prevent inflammation.

It’s also a great idea to keep your sprained finger higher than heart level most of the time to ward off inflammation. You may use a sling when standing or sitting, and you may prop your finger on a pillow when lying down,

You can keep your sprained finger from getting injured further by having it buddy taped to the finger right next to it. Place a cotton pad in between your two fingers and secure them to one another using two pieces of medical tape. If the cotton pad and tape gets wet or dirty, carefully replace them to avoid complications.

Once both pain and inflammation have subsided considerably, usually after 2 weeks, you may start gently exercising the injured finger. You may bend and straighten it and squeeze a stress ball to help strengthen the ligaments and muscles, as well as to restore normal motion.

Tips on How to Start Your Plant Based Diet

Healthy ways to help protect your eyesight and ward off vision loss.