Most people are familiar with the gorgeous yellow and amber colors typical of honeycomb and beeswax. But another bee-produced substance exists and it doesn’t get discussed quite as much — propolis. Propolis is a resinous material that bees use to seal small cracks and gaps in the hive (beeswax seals the larger gaps). It’s made when bees collect resin from trees and other sources and mix it with a little bit of honey. Like its cousin, beeswax, propolis has been found to offer numerous health benefits, and many researchers are looking into its role for various therapeutic uses.

The Benefits and Uses for Propolis

In ancient cultures, propolis (or bee resin) was often used for abscesses and minor wounds. Bees, in an effort to close gaps in hives, use propolis as a precautionary measure to keep out dangerous microbes and fungi. [3] Recent findings have confirmed its potent action against many harmful pathogens and more research has established its enormous healing benefits. Here are some of the researched uses and health benefits of propolis.

Researchers have tested propolis against several dangerous microbes, and the results suggest that propolis is powerful against aggressive bacteria. Although the strength of propolis can vary based on geography, its protective benefits remain constantly present. Part of the reason for the action may be due to it containing a wide spectrum of flavonoids.

Antibiotic resistance is a growing problem in medicine, often due to the overuse of antibiotic medication. People who are taking antibiotics are often advised to take probiotics to aid in the preservation of good bacteria in the intestines. Researchers have determined that propolis offers powerful antibiotic properties. The isolated acids from propolis have been shown to be an effective agent against many bacteria, including staph.

In one study, Brazilian propolis was tested against a common prescription cream used to help burns. The results? The propolis was just as effective. Propolis was even more soothing for minor burns than the conventional medication.

Middle-ear infections affect millions of children each year, and even adults. Sometimes it can lead to temporary hearing loss, a terrifying prospect for most people. A compound in propolis, caffeic acid phenethyl ester, has shown effectiveness at easing inner ear inflammation. Although preliminary, this new research is causing a buzz (pun intended) of hopeful outlook for the use of propolis.

Use #5: Supports the Immune System

Candida albicans, a fungus characterized by yeast overgrowth, usually affects the genital and oral areas. In the ever-continuing quest for finding a suitable and effective remedy, researchers analyzed propolis. Results indicated that propolis may inhibit Candida from growing, and it has the potential for stimulating a healthy immune response to Candida infestation.

Lab tests examining the use of propolis against fungal nail infections found that propolis offered a greater range of protection compared to a popularly-prescribed pharmaceutical. The pharmaceutical product was resistant to seven of the fungi, an issue not displayed by propolis. [11]

By some accounts, propolis has been found to be more effective than some pharmaceutical applications against vaginal herpes. Tests also suggest that propolis may significantly reduce the chance of an advanced herpes infection. [12] In addition, as suggested above, propolis may offer protection against genital Candida infections.

The link between oral health and overall physical health has been documented for decades. There’s no question that a proper dental regimen is an important part of enjoying vibrant wellbeing. With the increasing concern of exposure to fluoride, natural dental care has gained much attention. Currently, beneficial properties of propolis have suggested its effectiveness at promoting oral health…even possibly being a natural alternative to fluoride.

Diabetes is an issue that affects millions of adults and children. It is often approached with life-long treatment measures, such as insulin injections and pharmaceutical medications. Studies have shown that propolis may inhibit enzymes that increase blood sugar. It is believed that the antioxidant compounds in propolis are responsible for its blood sugar-stabilizing benefits.

Take this with a grain of salt, but ancient Assyrians would often use propolis to inhibit tumor growth, and recent research suggests some logic behind this. The CAPE compounds found in propolis have been shown to hamper cell growth in cervical and prostate cancer. Certain types of propolis, like the red Brazilian and brown Cuban, have also been shown to combat compounds that contribute to cancer cell growth .

Propolis is often sold in capsule or tincture form, and some natural toothpastes will contain it instead of fluoride. While many people can safely use propolis as a complementary approach toward health, some may experience allergic reactions. It is always best to test a small amount of the mixture in conjunction with careful physician monitoring before supplementing, especially if you have allergies.

What are your experiences using propolis? Share them with us in the comments!

Shocking Facts About Your All Time Favorite Potato Chips 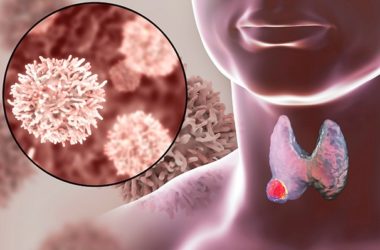 Your thyroid is a gland that’s situated in your neck. Sometimes it can become hyperactive, which results in… 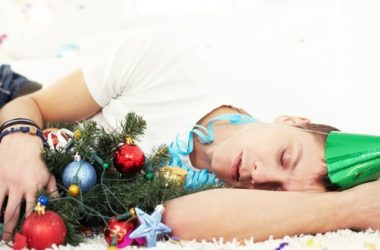 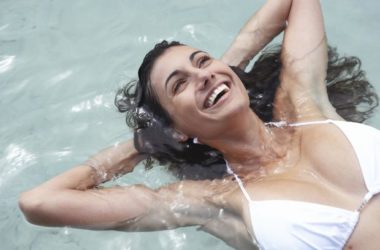