A pair of round and cannonball deltoids, also known as delts, contributes to the overall aesthetics of a person’s physique, in addition to a massive chest and back, huge arms and legs, and chiseled abs. Most fitness experts and bodybuilders view a trained shoulder complex as a muscle group that increases the broadness of the upper body; thus, creating the V-tapered body most men are aiming for.

Building a cannonball deltoid means training its three heads – the anterior or front deltoid, the lateral, side, or middle deltoid, and the posterior or rear deltoid. In line with this, the following are the exercises that help build cannonball shoulders.

The side lateral raises is a shoulder exercise for the middle or the lateral head of the deltoid. According to Body Building, it is an isolation pushing exercise that trains the shoulders’ strength.

To perform the exercise, the person picks a coupe of dumbbells and stands with a straight torso, with the dumbbells at the side at arms length and the palms of the hand facing the person. Then, the person raises the dumbbells to his side while maintaining the torso in a stationary position, which means there should be swinging. A good practice is to life the dumbbells with a slight bend on the elbow and the hands mildly tilted forward, similar to pouring water in a glass. The person continues to raise the dumbbells until the arms re parallel to the floor. As the person does the movement, he exhales and pauses for a second at the top. Once done, he slowly lowers the dumbbells to the starting position as he inhales. The movement is done for the recommended number of repetitions.

The front dumbbell raise is an isolated pushing exercise that engages the anterior or the front head of the deltoid. According to Ex Rx, the exercise also stimulates the pectoralis major, lateral deltoid, trapezius, serratus anterior, and wrist extensors.

To execute the exercise, hold the dumbbells in both hands and place it in front of the upper legs. The elbows must only be slightly bent. Raise the dumbbells forward and upward until the upper arms are above horizontal. Pause for a second before going down. Once done, the dumbbells are slowly lowered. The exercise is done for the recommended number of repetitions.

As per the publication, the height of the motion is dependent to the range of motion and the degree of raise is limited to the height achieved prior to the feeling of tightness in the shoulder complex. As an option, the height of raising the dumbbell just a bit higher than the horizontal may be considered as sufficient.

The bent over rear deltoid dumbbell raise is an isolation pulling exercise that targets the posterior or the rear deltoid, the deltoid head that is usually forgotten by most lifters.

According to Body Building, the read deltoid raise is done by placing a couple of dumbbells as the person looks forward in front of a flat bench. Then, he sits on the end of the bench, in case of a seated version, with his legs together and the dumbbells behind the calves. After that, the person bends at the waist while keeping his back straight in order to pick up the dumbbells. A good practice is to position the palms of the hands in a way that they are facing each other. Then, the person exhales as he lifts the dumbbells straight to the side until both arms are parallel to the floor, with the torso kept forward and stationary and the arms mildly bent at the elbows. The torso should not be swang and the arms should not be brought back. Following a second of contraction at the top, the person gradually lowers the dumbbells back to the starting position.

Overall, training all the three heads of the deltoid is the key to developing a pair of cannonball shoulders. In addition, maximum muscular development is achieved not only with constant training, but also with proper nutrition and adequate rest. 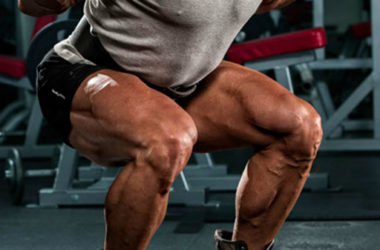 The set of defined legs provide aesthetics to a person’s physique, along with the chest, shoulders, arms, back,… 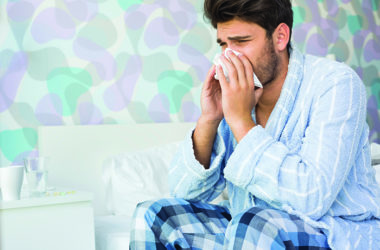 The flu season is definitely in full swing. You may not have it yet, but many of your… 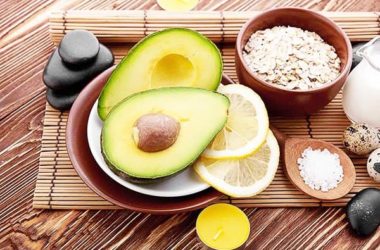 Foods That Increase Your Temperature This Winter

Now that the air is freezing, the common cold and flu are a commonplace! There are certain foods…