A Quick Look at Chronic Pulmonary Fibrosis and Its Various Treatments

Chronic pulmonary fibrosis is a condition characterized by the scarring of the lung tissue. It is commonly brought about by long-standing inflammatory diseases of the lungs. It may also be due to other chronic diseases such as rheumatoid arthritis and lupus, as well as infections, intake of certain medications, and exposure to ionizing radiation and environmental agents like silica, asbestos and certain gases.

It is possible for some people to develop chronic pulmonary fibrosis without any identifiable cause. In such instance, the condition is referred to idiopathic pulmonary fibrosis of IPF. Usually, it does not respond to medical therapy unlike many other types of the lung condition. By the way, other names of various types of pulmonary fibrosis include chronic interstitial pneumonitis, diffuse fibrosing alveolitis and Hamman-rich syndrome.

Of all the types of the condition, medical authorities say that idiopathic pulmonary fibrosis is the one with the slow and persistent progression of the symptoms. Initially, those with IPF complain of dry and unexplained cough, often accompanied by a slow onset of shortness of breath as well as dyspnea (difficulty in breathing).

There are cases wherein the condition progresses rapidly with some of the symptoms occurring anywhere from weeks to months from the problem’s onset, such as in the case of what’s called Hamman-rich syndrome.

In diagnosing chronic pulmonary fibrosis, the doctor will consider the patient’s symptoms. It is possible for a doctor to hear crackles (referred to as rales or Velcro crackles as the sound is similar to when Velcro is pulled apart) during the examination of the lungs using a stethoscope.

Because a chest x-ray may not reveal abnormality in the lung tissue, a computed tomography (CT) scan may be done. During a lung function testing, someone with the condition will have reduced lung volumes. Also, the diffusing capacity of the lungs (measurement of the exchange of oxygen and carbon dioxide) is considerably reduced.

To have a doctor’s diagnosis confirmed, a biopsy may have to be warranted. This entails the surgical removal of a lung tissue in order for a more precise diagnosis to be made.

The problem with the lungs is their tissues do not regenerate once they are scarred. This means that chronic pulmonary fibrosis has very limited treatment options. Medical authorities say that there are no known medications that can deal with this condition. However, there are a handful of drugs being tested that may be effective at delaying the formation of the scars as well as bring about minor improvements to the functioning of the lungs. However, to date, lung transplantation is the only available therapeutic option.

Certain types of drugs may be administered in order to suppress the action of the immune system, something which can be blamed for certain types of chronic pulmonary fibrosis. For instance, corticosteroids may be given to help decrease inflammation of the lungs and the scarring of the lung tissues. Other immune-suppressing medications may be administered to those who don’t respond very well to corticosteroids.

Many people swear by certain natural remedies for chronic pulmonary fibrosis. It is important to note that they should be used only in addition to the treatment course provided by a doctor. They are the following:

• Improve the diet – The goal is to steer clear of anything that can bring about other diseases. Staying away from processed foods as well as those that are laden with unhealthy fats, sugar and sodium is recommended.

• Exercise – It can be beneficial to have mild exercise on a regular basis to improve lung functioning, eliminate toxins through the sweat and stay in a good physical shape.

• Take licorice – Whether in natural or capsule form, taking licorice can help calm down the immune system, thus helping to prevent further lung damage and promote the restoration of the normal functioning of the lungs.

• Eat vitamin C-rich foods – Vitamin C is necessary for the prevention of inflammation. It also has antioxidant properties that can protect the lung tissues from damage. 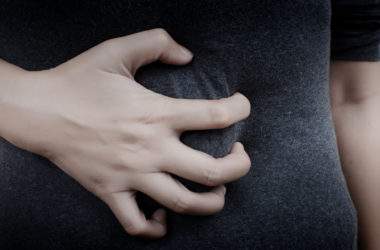 Epigastric pain refers to pain felt in the upper portion of the abdominal area, and right in the… 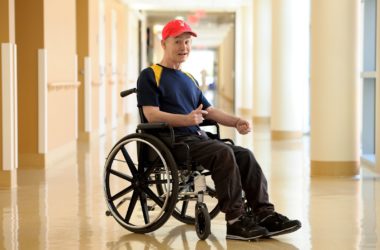 Passed from parent to offspring, Huntington’s disease is a condition wherein the nerve cells in the brain break… 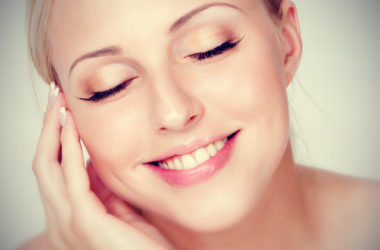