Signs You May Have a Blood Clot in Your Body 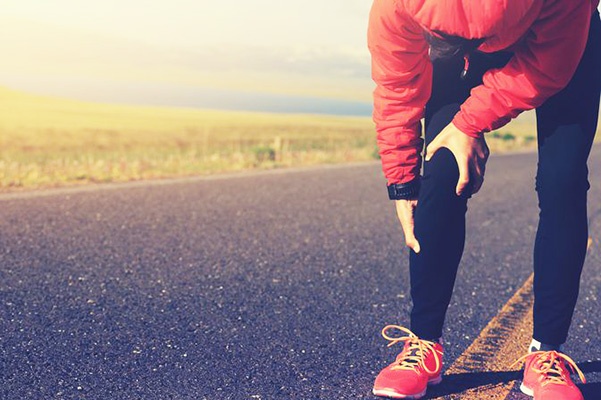 Safety Shaving Tips Before You Strip Off Hair On Bikini Area

Natural Remedies for an Enlarged Heart

When you have a wound, it’s very beneficial for your blood to clot in order to put an end to the bleeding and have the healing process commenced.

However, it’s an entirely different story if a blood clot happens elsewhere in your body, particularly in your blood vessels. That’s because it’s something that can endanger your life as it can put you at risk of having all sorts of very serious medical problems such as pulmonary embolism, heart attack and stroke.

Many think that the dangers posed by a blood clot are exclusive to the elderly. However, not too many people are aware that it can be a problem for anyone at any age. This is most especially true if the individual is prone to or at high risk of developing a blood clot.

So how does a blood clot form in the first place? Well, it usually strikes when blood circulation is sluggish or the blood is simply too thick. Due to this, the blood cells tend to clump together and eventually become semi-solid.

Blood inside the blood vessels that’s semi-solid is terrible news because it can impede the flow of blood in the affected area. Also, a small portion of it may break free and travel to other parts of your body via the bloodstream. It is something that you don’t want to happen because that blood clot may lodge itself into a blood vessel that supplies oxygenated blood to, say, your lungs, heart or brain.

Certainly, having a blood clot is a matter that’s so serious! It’s of utmost importance to take the right actions with the help of a doctor if you are at high risk of developing a blood clot. The following are some of the signs that there may be a blood clot somewhere in your body:

Having a sedentary lifestyle can impair circulation in the lower extremities, thus increasing the likelihood of a blood clot to form. When a blood clot is present in one of the blood vessels in the legs, pain deep in the muscles deprived of blood supply can be felt. The blood clot may travel to the upper part of your body, putting your life in peril.

Other than leg pain, your feet and ankles may be swollen because impaired circulation in the legs causes the buildup of fluids. By the way, doctors say that having varicose veins may also be an indicator of a blood clot, but not all the time as they can also be due to other factors such as aging, obesity and pregnancy.

READ  Do You Really Need A Shampoo

The presence of a blood clot can also sometimes be revealed by redness and tenderness in the area. This is caused by the fact that the blood clot is causing blood circulation in the area to collapse. Sometimes a person may also notice a red streaking effect that is usually warm to the touch.

A blood clot that travels by means of the bloodstream may get lodged in one of the arteries in your lungs, and this can leave you feeling short of breath. This is a condition known as pulmonary embolism, and it’s something that needs immediate treatment before it can cause serious damage.

In layman’s terms, angina is chest pain. While it’s true that pain in the chest area can be due to a variety of things such as gastroesophageal reflux disease (GERD) and asthma, in some cases it is caused by a blood clot that is cutting off your heart’s supply of oxygenated blood. Especially when paired with shortness of breath, get to the ER fast!

Sourcelivestrong.com
Previous articleLet Jalapeños Set Your Mouth on Fire and Enjoy the Following Benefits
Next articleRed Foods That Help Save You From Being Blue

A Couple of Cool Cucumber Recipes to Try

12 possible Heart Symptoms You Should Know